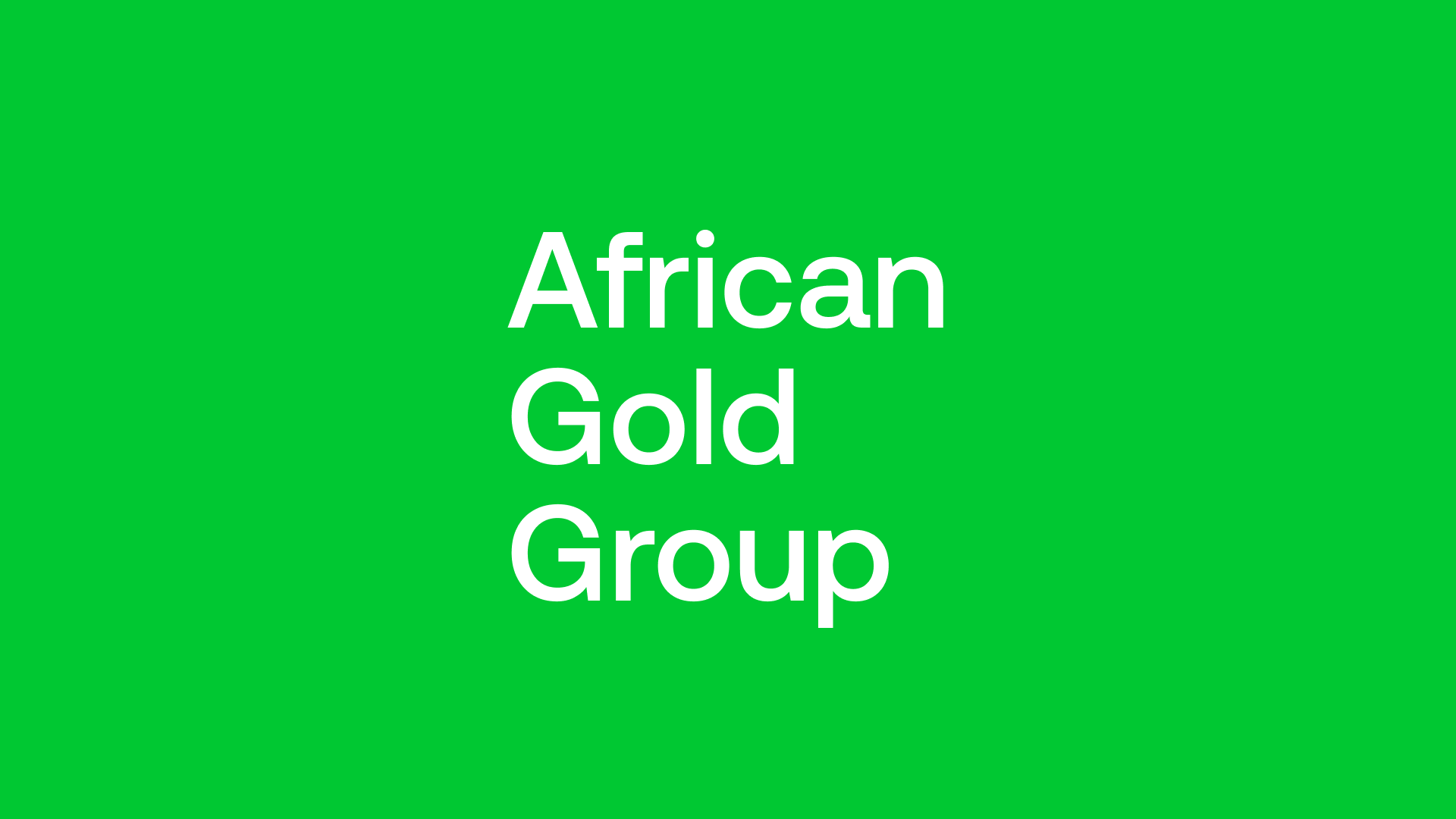 African Gold Group is a Canadian-based company, which is engaged in the identification, acquisition and exploration of properties for mining of precious and base metals. The Company’s principal asset is a mining license located in Mali, West Africa, namely the Kobada Project.

The Kobada Project is a gold exploration project with the potential to produce more than 50,000 ounces of gold per annum. The company’s other project is the Madougou Gold Project in Burkina Faso. The Madougou Gold Project is a mid-stage exploration project, located in the north-western region of Burkina Faso. The company’s subsidiaries are: 2516232 Ontario Inc, AGG Barbados Ltd, AGG Ghana Ltd, AGG Mali SARL and Arziki Mining Ltd.

Matt Gordon recently spoke with Danny Callow, the CEO of African Gold Group. His company just provided an extremely positive Definitive Feasibility Study (DFS) at its flagship Kobada Gold Project in Mali. He shared the optimistic news with us.

African Gold Group (AGG) is a Canadian exploration and development company with a focus on developing gold assets in West Africa. The company is primarily involved with the development of the Kobada Gold Project in Southern Mali. Kobada is a low-capital and low-operating-cost project with the potential to produce more than 100,000 ounces of gold per year.

AGG is striving to become the next mid-tier gold producer in Africa. Management believes that its shares, which trade on the Toronto Stock Exchange, are significantly undervalued. There are over 140 M shares outstanding.

Kobada is an advanced-stage, near-surface gold project that has a resource base of over 2.3 Moz of gold. AGG owns a 90% interest in the project.

The project is located in Mali, Africa’s fourth-largest gold producing country, 126 km south of its capital, Bamako. Geologically, the deposit is located in the Birimian Greenstone Belt.

AGG has completed an updated DFS at Kobada. It reveals that total proven and probable mineral reserves have increased to 1,252,522 ounces of gold, a 66% increase from the mineral reserve estimate in the previous DFS. It also envisions a 3 Mtpa processing operation that can deliver 1.2 M oz. of gold over a sixteen-year mine lifespan.

Ore processing will be accomplished using a proven gravity plus carbon-in-leach (CIL) plant with recoveries over 95% from both oxides and sulphides. The project has strong economics with a pre-tax NPV5% of US $506 million with an IRR of 45%.

Gold Mining and Exploration in Mali

As Africa’s fourth-largest gold producer, Callow believes that Mali is an excellent country in which to carry out its business. It’s a very safe and stable environment for mining and has a good mining code. The biggest concern that some people around the world have is the potential for in-country terrorism. Over the preceding 20 to 30 years, there have been no terrorist activities at any of the mining camps in Mali.

In fact, numerous other mining concerns are committed and operational in Mali. Big companies such as IAMGold, AngloGold, Ashanti, B2Gold, and Barrick have well-funded operations in Mali. Hummingbird Resources is near to the AGG acreage; it has done a great job in increasing their reserves of late. Cora Gold is also proximal to AGG’s land holdings; the market has seen some good results coming out of that company in terms of their drilling and resource upgrades.

Is Inflation Becoming a Concern?

Over the last year inflation has heated up. Callow and others have noted this trend but he believes that AGG’s activities in Mali won’t be greatly affected. Callow indicated that he’s not especially concerned because AGG’s all-in sustaining costs (AISC) costs are still significantly lower than the current gold price. He envisions AISCs this year of between US $900-$1100/oz. as a good estimate for most of the operating mines in West Africa.

AGG will be producing upwards of US $40 to $50M in free cash after capital expenditure, taxes and royalties. The current gold price is generating significant cash flows in most every West African gold producer right now.

Callow began with his view that two years ago, when he joined AGG, he clearly saw a lot of potential in the Kobada Gold Project, despite the fact that from his perspective it was “a bit fuzzy around the edges”. He decided that the best thing that the company could do was to really focus on the technical side.

CGG has delivered on the technical side. They executed a 18,000 m -19,000 m drilling program, mainly of an infill nature, to really firm up the geological model. Over the last two years, the company has delivered a significant increase in resource and reserve. Indeed, over the last few years they increased the reserve base 148 percent. It's now at 1.25Moz. AGG has “ticked the box” on the more-than-a 1Moz. number.

These are significant resource amounts. AGG now has the confidence that Kobada can generate 100,000 oz. of gold each year for 10 years before tail-off. Additionally, the company has major upside exploration potential upside on its property that will ultimately fill that gap in at the back end from years 11 to 16+.

One of the important keys in unlocking value was AGG’s focus on incorporation of both gold sulphides and gold oxides into its ore-processing plans. Previously, they had focused strictly on the oxide ore alone. Now, they have added the sulphides into the mix as well.

The test work that AGG did on the sulphide ore was very comprehensive. These were the questions that the company wanted to solve:

Fortunately, the solution turned out to be a straight-through gravity plus CIL process. Importantly, that means that AGG can use exactly the same plant for both the sulphides and the oxides.

The revised DFS, then, is delivering a flexible process plant. This plant will be able to handle oxides alone, sulphides alone, or a mix of both. It will be able to process every single ounce of gold that is found on the property in the future. That's what's really exciting about the updated DFS.

Capex required to construct the plant is about US $165M, which provides for a fully-fledged 3Mt/year gravity-plus-CIL process plant, all of the associated infrastructure, the entirety of the owner’s costs, and contingency costs as well. It's about US $19M higher than in the previous study, largely because of an increase in steel price.

About 20 mw of power will be required to run the plant. Power is anticipated to come from a hybrid solar-diesel solution because the power grid in Mali can be quite challenging. The hybrid solution will save AGG about 43 percent off its energy costs every year for the generation of power.

AISC is coming in at about USD$970. This gives a US $700-$800 free-cash-flow number sustainable throughout the life of the mine.

Why the CEO Is So Confident

Callow indicated that he is very confident that AGG can put essentially any gold ore that they find into this process plant. It will turn out gold with 95% recovery, at free cash flows of US $750/oz., for the foreseeable future. A fair question for potential shareholders to ask is why is Callow so confident?

Firstly, AGG used Senet for the revised DFS. Senet is a leading contractor in the building of processing plants in Africa and has built probably a dozen or so of these kinds of plants. Senet had just finished a plant across the border in Guinea about 50km away, which is almost a carbon copy of the plant envisioned at Kobada. AGG is completely confident that the design of this plant will do “what it says on the label”.

In fact, Callow has built US $2.5Bn of projects with Senet over the last 15 years. He trusts them implicitly in terms of putting their capital numbers together and on their ability to deliver on time and on budget.

The results of the metallurgical test work have been absolutely critical. The company designed and executed a detailed sampling program to nail down the ore variability within the overall deposit. It tested four different ore-zone domains that had slightly different geological characteristics.

Callow is sure that, say three years down the road, he is not going to suddenly say the ore is of a different grade than they originally said. The detailed testing is now done, because once completed thoroughly, you don't have to do it again.

Many junior miners rush from a PFS straight into production and find that they get, say, 50% recovery instead of 90%. They realize too late that they didn't do enough technical analysis on the metallurgy before commencing the plant operation. Callow believes that AGG effectively sidestepped that potential problem.

Where Will The Money To Build The Facility Come From?

AGG needs about US $165 to build the plant. This figure is much larger than AGG’s market cap of US $25 M. The capital that was available for projects like these is not as abundant as it was a few years ago, for a variety of reasons, not the least of which is a pullback in gold price and a bit of associated negative sentiment.

The CEO indicated that AGG is having fruitful discussions with several African banks, especially since the latest reserve results were announced.  These are not the cheapest of the big banks, but certainly less expensive than the mezzanine-debt route.  In addition there may be room for hybrid debt funding as well.

AGG has engaged Canaccord, an investment banking and financial services company, to help in the capital raising process. Canaccord has been pretty good at putting AGG in front of new investors that it hasn’t previously had.

Callow believes that once the cornerstone debt is obtained, there will be a snowball effect and additional equity capital will fall into place. This is what has happened at Ore Zone, another Canadian company that is exploring and developing in West Africa.

AGG is open to any discussions that will lead to getting the plant built. There are not many projects in West Africa like Kobada that are ready to build right now that show these sorts of reserve numbers.

At the pace that AGG has been conducting its activity, its cash position has been rolling down.  They have addressed that by executing a massive reduction in general and administrative expenses (G&A).

At this point, AGG is unencumbered by those significant costs and it has saved substantial sums of money. It is not spending investors’ money on extremely high GNA costs. Instead, its cash is focused on getting the reserves built up through the drill bit and on the DFS.

At this point in time, AGG has the cash to maintain its business through the end of 2021. There's plenty more to do with the money. In fact, it’s prime drilling time now and the company may do more to unlock about 300,000 more measured and indicated ounces. The company also intends to focus on obtaining a rerating to make capital easier to obtain.

Will AGG Make an Acquisition?

Despite the fact that there continues to be M&A activity in the gold space, AGG is probably not going to make an acquisition, at least in the near future.  The company has been inwardly focused on trying to get the Kobada Project pushed forward. That being said, Callow indicated that AGG always keeps its eyes open for any opportunities.

Callow expressed confidence that the Kobada Gold Project is a real value proposition. The ore processing is very straightforward. If things go as he envisions, AGG is now 21 months out until first production.

To find out more, go to the African Gold Group Website