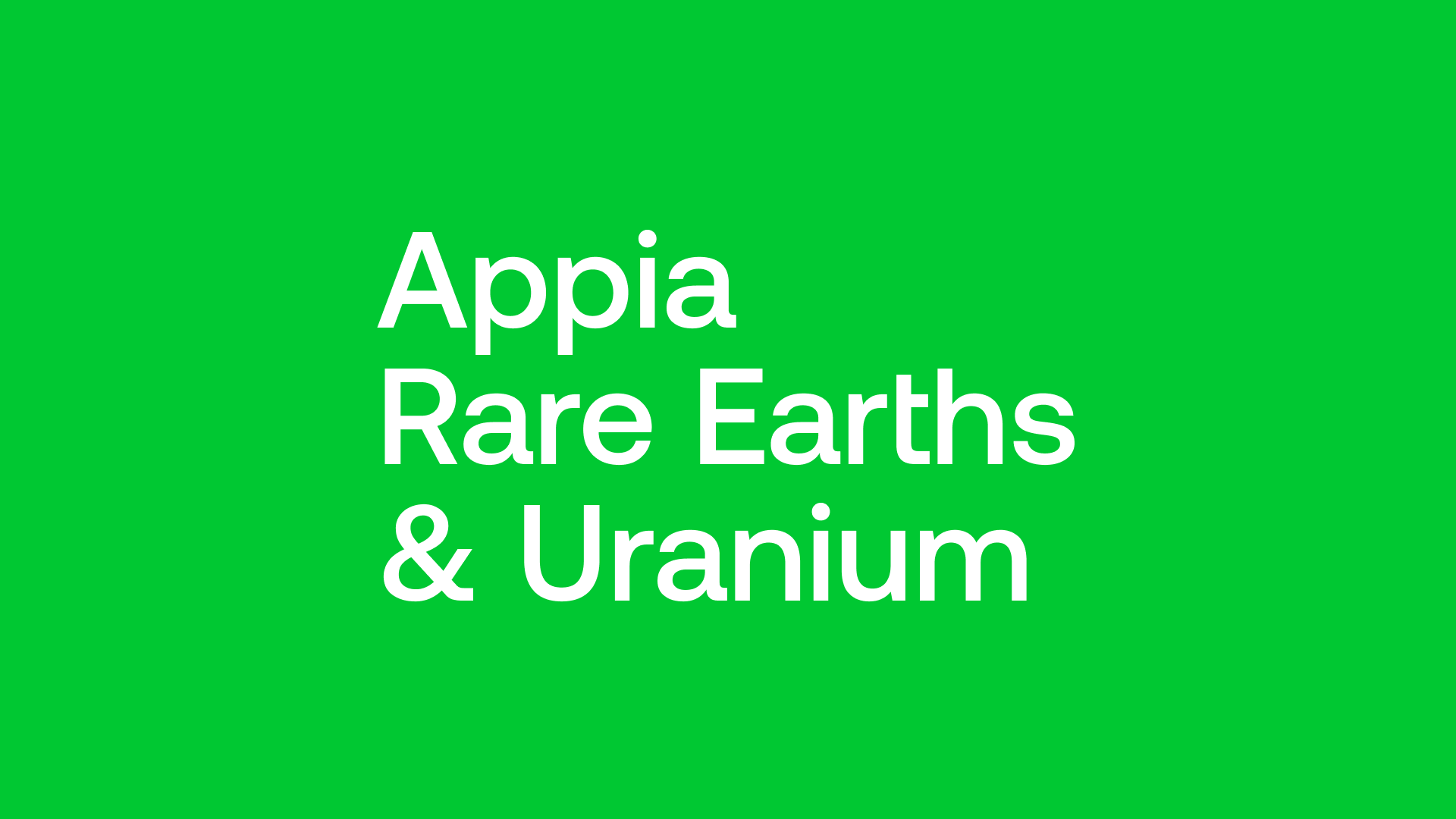 Appia Rare Earths & Uranium Corp. is a mineral exploration company that focuses on the exploration and development of rare earth elements along with near-surface uranium deposits. The company's major assets include uranium exploration in the Athabasca Basin, Saskatchewan, and uranium and rare earths development and mining in the Elliot Lake mining camp, Ontario.

Matt Gordon caught up with Frederick Kozak, President, Appia Rare Earths & Uranium. He has extensive experience in the capital and resource markets. Frederick has spent a major part of his career as a senior executive and board member of private and public companies. He is also the co-founder of an international oil and gas exploration public company. He has also worked as a globally recognized equities analyst at notable firms including Canaccord Genuity and Haywood Securities.

Appia Rare Earths & Uranium Corp. (formerly Appia Energy Corp.) is a uranium and rare earths exploration and development company. The company was founded in 2007 and is headquartered in Toronto, Canada. It is listed on the Canadian Securities Exchange (CSE: API) and the OTC Markets (OTCQB: APAAF).

Generally, uranium deposits aren't associated with rare earths, but the company found Canadian Shield hard rock within its assets. These were initially discovered on the Alces Lake Project by the company's exploration team. Following the discovery, Appia decided to dedicate additional time and financial resources towards delineating and exploring rare earth alongside uranium.

The original exploration program was planned at $5M. Following the capital raise, the company is funded to carry out operations throughout 2021. It was able to expand the 5,000m diamond drill program to 10,000m. The company is looking to raise additional funds in the fall, leading to an even stronger balance sheet for next year's drill program. The company also invested $1M towards the construction of an all-weather camp, enabling Appia to carry out exploration and drilling all year round.

Appia has diversified its assets into uranium and rare earths. This enables it to raise money for accelerating the ongoing uranium operations while advancing the rare earths side of the business. The company has a current market cap of $100M at a share price of CAD$0.75.

Appia chose to enter the rare earths market with a goal to become the lowest-cost producer. The rare earths obtained from the company's monazite reserves have shown a much higher degree of critical rare earth elements including neodymium, praseodymium, and permanent magnets. Given the current demand for rare earths in the market, the company anticipates that the market will grow by a factor of 5 over the next 10 years. To meet this demand, the company is looking to scale up its operations over time.

A major factor in a rare earths operation is the cost of extraction. Appia's asset features on surface rare earth elements present in massive occurrences. The Alces Lake property features naturally concentrated monazite that is currently being delineated.

Appia's current exploration program is based on the original discovery, known as the WRCD Zone. The company plans to drill 5,000m within this zone. This accounts for more than 4 years of the previous drilling done at the Alces Lake property.

Since the rare earth deposits are located in high concentrations and close to the surface, the company is looking for efficient ways to extract them, working towards the lowest-cost rare earth operation.

At the Athabasca basin in Saskatchewan, the company has been drilling for several years through small programs. The company has concluded geophysics and radiometric surveys at this deposit and is currently carrying out a VTEM (Versatile Time Domain Electromagnetic) Survey for the project. The deposits are near-surface, high-quality, and high-grade uranium reserves.

Appia is spending the majority of its resources and time on the Alces Lake site as it features high-quality occurrences. The company is currently drilling towards a 43-101 report by the year-end. Following this, the company will determine if the deposit is ready for a PEA (Preliminary Economic Assessment) or additional drilling is required.

Appia's Elliot Lake Project in Ontario has a 43-101 resource report. This asset is a proven historic mine. The company is currently working on gaining a better understanding of the underlying geology and is testing out the modeling to determine the extent of the resource.

The critical materials agreement features a list of 30 items including rare earths. This agreement is part of the clean energy drive that focuses on the elimination of hydrocarbon emissions. This was also a major talking point at the recent G20 Summit. This will also help the countries to reduce the reliance on China for the supply of rare earth minerals.

Rare earths are crucial for meeting the global emissions goal as they are essential in the manufacture of electric vehicles, wind turbines, and solar cells.

Appia Rare Earths & Uranium is looking to demonstrate the scale of its rare earth deposits. Following this, the company will either coordinate with the Saskatchewan Research Council processing facility, sell the end product to the open market, or seek alliances with other groups. The company is planning to make a strategic decision in favor of generating shareholder value and becoming a part of the global solution for clean energy.

Following this, Appia will choose between a PEA or resource expansion. The company plans to raise additional capital following the drill program. This will enable the company to carry out operations throughout 2022. The company already has an all-weather camp in place, it is now focused on spending more money into the ground.

Appia is currently carrying out a geophysical survey for its uranium deposits. Once the survey results are analyzed, the company will identify targets and initiate drilling operations. The company plans to update the 43-101 report on the Elliot Lake project with current pricing and costs.

In Northern Saskatchewan, Appia Rare Earths & Uranium is working closely with the First Nations community. The company has received support from the community and is working towards making them a part of the process.

To find out more, go to the Appia Energy Website