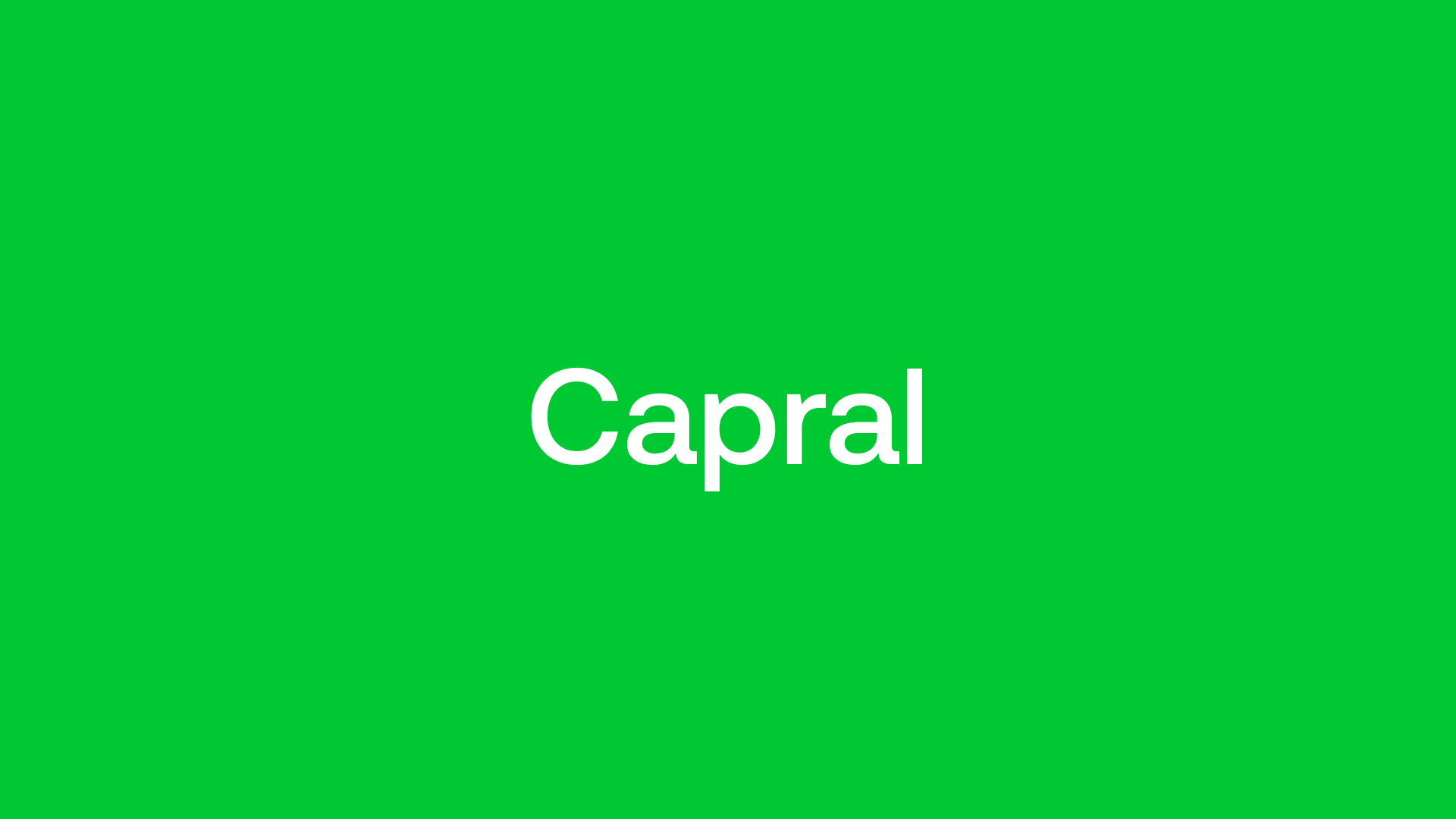 Matt Gordon had an opportunity to speak with Tony Dragicevich, CEO of Capral Aluminum, the largest manufacturer of aluminum products in Australia. Dragicevich gave us a wide-ranging update about the fast-paced business climate at his company.

Capral is an Australian aluminum product company with a presence in every Australian state. The company operates principally as a manufacturer, marketer, and distributor of fabricated, semi-fabricated, and extruded aluminum goods and systems for residential, industrial, and commercial uses. Capral was founded in 1936 and is based in Bundamba, Queensland. Capral trades on the Australian Stock Exchange under the ticker CAA. There are over 17 M shares outstanding.

Capral produces aluminum extrusions, with the raw aluminium mainly coming from Australian smelters. The company pushes aluminum through extrusion presses and manufactures about 3000 or 4000 different extrusion shapes each month. These extrusions are used in the manufacturing of things like windows and doors, truck bodies, and boats. Dragicevich indicated that the bulk of Capral’s revenues comes from window and door extrusions, in part because of the Australian property boom.

Unlike many other companies around the globe, Capral has fared well during the COVID pandemic. Among the contributors to the company’s success over the last few years include:

In particular, the 2019 restructuring of the Bremer Park plant in Queensland was important. The facility was 17 years old in 2019 and the time was ripe for renovation and updating. The company renegotiated the lease, sublet part of the building, closed down the unprofitable parts of that site, spent around $7.5M to $8M in terms of redundancy and restructuring costs, plus spent about $3M to $4M on automating all the packaging processes. It has been a significant turnaround for the business. It's taken in excess of $8M of fixed costs out of the facility and greatly improved the plant’s efficiency. All of this restructuring was accomplished using existing cash flow.

Dragicevich is happy that Capral has had positive cash flow over the last four to five years. At the end of 2021, the company had about $40M in its coffers. Capral made an acquisition of a competitor’s extrusion plant this year, which cost $12M, but the company always aims to run cash positive.

The housing market has been a significant factor in the company’s fiscal health, despite the fact that it can be up and down year over year. Dragicevich believes that the amount of work that's in the housing sector at the moment will take the company right through until the end of 2022 at the least. Other parts of the business, particularly those that service the industrial sectors, are expected to stay quite steady. The outlook for these components is expected to be strong for the next two to three years at least, said Dragicevich.

Is Capral A Growth Story?

At present, Capral has about one-quarter of the Australian aluminum extrusion market. There is continued growth potential and the headwinds favor that. There is a clear move away from imports and a desire to purchase Australian-made goods.

The company is keeping its options open regarding acquisitions. Right now, the company’s existing plants are operating at or near capacity. The addition of another plant would increase overall production capacity by about 20 percent.

Indeed, a recent acquisition was finalized in February 2021. Capral acquired a plant in Sydney from one of its local competitors. The acquisition was made for about 30% of the plant replacement cost. Capral’s focus at the moment is getting that plant up and running to full capacity, which will generate further profitability for the business going forward. Strategically, it is important to have that additional plant based in Sydney, which is the company’s largest market. That acquisition now gives Capral two aluminum presses in New South Wales.

Given the cyclical nature of at least some of their revenue streams, the question comes up: How does Capral ‘futureproof” its current business success? Dragicevich responded with several themes. One, he indicated that a major company objective is to continue to pay regular dividends and be a high-yield stock. Capral resumed paying dividends three years ago after the restructuring and continues to do so.

Another somewhat unique situation is that Capral has about $300M worth of tax losses on the books, generated about a decade ago when the Bremer Park plant was commissioned. Those tax losses mean that Capral won't be paying company tax for many years going forward. This enhances the company’s dividend-paying ability.

Finally, there are about five smaller, regionally-based competitors around the country that Capral might like to acquire. In at least a few of these, privately held management is nearing retirement. Capral is already engaged in discussions and the company could well expand in the near future. Moreover, the tax-loss component gives Capral the economic tailwind to make highly competitive offers in the acquisition space.

Given the recent success of the company, there is the real possibility that Capral could become a take-over target. Indeed, Dragicevich told us that Capral was targeted by a private equity company earlier in 2021. This company was offering $7 per share, which was put before the Capral shareholder base and rejected.

Dragicevich commented that one of the major growth areas for Capral is to enlarge the distribution part of their business. Right now only about one-third of sales is handled through the company’s own distribution systems. Sales moving through the in-house distribution systems, especially for window products, carry higher margins than direct sales from Capral’s manufacturing plants. This is definitely a targeted growth area for the company, said Dragicevich.

Despite the buy-Australian boost to sales of late, Capral does face competition from foreign aluminum companies. Most of these come from China and Southeast Asia. The high labor costs in Australia work in the foreign companies’ favor, but these cost advantages that they enjoy are actually decreasing of late.

One of the advantages that China has had is that non-Chinese aluminum companies buy metal at the global price of aluminum. China does not. Therefore, China is able to supply downstream extrusion products at a lower unit cost. That advantage has changed significantly. Australia now has anti-dumping protection in place against China and against a couple of other Southeast Asian countries like Vietnam and Malaysia. They've been in place for some time and they will continue for another five years.

In fact, China is now in a more difficult position with its aluminum businesses. Not only does Australia have anti dumping measures in place, which give a national level of protection to keep the worst of the dumping out, but there's also been a fundamental shift in the Chinese aluminum industry as well.  Earlier this year, China announced that they are curtailing aluminum production significantly in response to increasing global environmental pressures regarding their greenhouse-gas footprint.

With the aluminum extrusion business rolling along quite well in Australia, it is instructive to examine what a typical Capral sales contract looks like. The company’s very large customers have annual contracts in place, but they do their ordering on a just-in-time, often weekly basis. Delivery is generally achieved within 2 weeks from the actual placement of the order.

The supply-chain issues that have affected many businesses have actually worked in Capral’s favor. Because it has ramped up its production to near-full capacity, Capral has products ready to supply. Capral is now asking smaller-budget buyers to sign up for a 12-month agreement and commit to a minimum off-take. The company has never been in that position before so that's also been a fundamental change.

Will There Be a Retail Component to Capral’s Business Model?

Dragicevich indicated that a major move into the retail part of the aluminum market is probably not on the cards for Capral. First, it is simply not an expertise area for the company. Second, it would compete with the company’s largest customers, which would be the best way to lose a lot of sales volume. No, Capral won't be going down that far downstream, said Dragicevich.

Dragicevich left us with the following key message points:

‍To find out more, go to the Capral Website