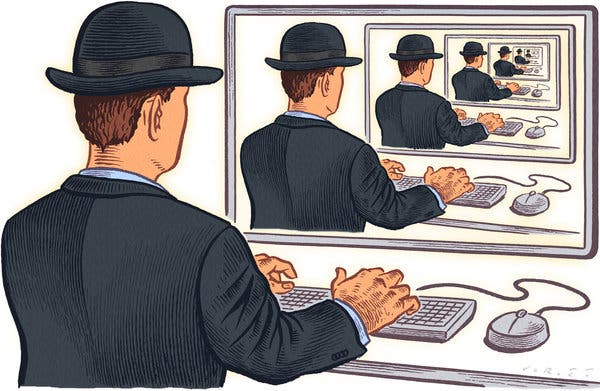 Cognitive Bias is everywhere, and it probably affects you more than you realise. Basically: there are flaws in thinking that skew your decisions away from the cold, hard facts.

This phenomenon refers to instances where one struggles with a systematic error in thinking, affecting one’s ability to make judgements and decisions based in objective reality rather than subjective perceptions.

Particularly problematic is when cognitive bias presents itself as investing bias. This causes individuals to make poor decisions no longer based on truth when it comes time to invest. Handing over large chunks of change probably isn’t a time to base decisions on a subjective interpretation.

Why does Cognitive Bias occur?

Cognitive biases occur for complex reasons, and so does investing bias. While there is no single cause for the different types of cognitive biases, research tells us that they occur due to a failure in analytical reasoning or faulty intuitions.

Many explanations of cognitive bias come from the dual-system theory, which outlines two main systems for processing information:

What’s the relation to Investing Bias?

Thus, cognitive bias tends to occur when people rely on System 1 in a situation where System 2 should be deployed. Every situation involving money, especially investing, needs to rely on System 2. Therefore, when investing bias occurs, it is because an investor is using the emotional System 1, rather than the rational System 2, to make investment decisions.

Where does Cognitive Bias, and Investing Bias, come from?

Cognitive biases occur in situations where our instinct is to act emotionally and make snap judgements based on gut feelings. For investors, this is particularly dangerous, because perceived losses are different from perceived gains.

According to one study, losses feel twice as bad as gains feel good.

This fixation on gut feelings is where investing bias comes from. It causes investors to focus their decision on incorrect factors, clouding their judgement. This can present itself in a variety of ways.

An investor who falls victim to this form of cognitive bias will completely disregard information that challenges his or her beliefs about an investment, which in turn can cause him or her to make an incorrect, potentially costly, decision.

A major pitfall, especially for inexperienced investors, is the echo chamber. Typically an online space where an individual’s opinions are repeatedly reinforced by others, leading to an entrenchment of the specific belief, disregarding any evidence to the contrary.

The main characteristics of an echo chamber is resistance to new information and differing opinions, and an over reliance on poor quality information, stemming from the overconfidence of, typically, inexperienced users.

Online message boards often fall into echo chambers, a study by Yale and UC Santa Barbara found that discussions on these sites were generally led by under 2% of the usership, with a further 62% of users simply following the dominant views posted by this small group.

This leads to the perception of a broad consensus, despite the vast majority of posts representing the views of a tiny minority. Consequently, any views that differ from this accepted stance are shouted down, which again reinforces the view that the dominant view is correct.

The study further found that the views expounded on online investment boards had “negligible correlation with future market returns” and if followed resulted in “poor investment strategies”.

Loss aversion is quite like it sounds. As an investing bias, it refers to an investor’s tendency to avoid feelings of regret that can occur when making a choice with a negative outcome. These investors avoid riskier decisions, even if the payout could be massive, simply because the thought of loss is so overwhelming.

This theory was studied in depth by Daniel Kahneman, a Nobel prize laureate, and Amos Tversky. They found that the experience of loss was almost twice as powerful as the experience of gain. Leading investors to overestimate prospective losses despite potential gains.

Their experiments also found that gains needed to be twice as large as potential losses for individuals to consider taking financial risks.

Additionally, investors suffering from loss aversion may not sell a poor investment because it would force them to acknowledge they’d made a bad choice to begin with. This can be very costly.

The classic example of this would be commissions based salespeople using aggressive tactics to convince a customer to purchase goods or services that they have no need for. The commission ultimately incentivises unethical behaviour.

The scandal surrounding Fuji Xerox typifies this behaviour as sales staff were encouraged to achieve sales at any cost, including inflating “target volume” costs for the customer, which ultimately resulted in major accounting irregularities and the surrounding furore.

This cognitive bias refers to instances where multiple causes for something are “oversimplified” and attributed to a much smaller number of causes. In this case, too many details are left out, and critical information for a decision is not made clear. This can result in faulty decisions which are not made based on all the information available.

This investing bias can occur if an investor chalks up multiple problems with an investment into one or a few issues that could, perhaps, be readily solved. The assumption that there are only a small amount of red flags, when in reality there are many more, increases the likelihood of an investment failing due to any one of the problems that were reduced into a mere few.

This bias causes an investor to believe that he or she could have predicted the outcome of his or her decision, when in fact such a prediction was impossible. “Hindsight is always 20/20,” says the old adage, but the reality is in fact that while it may seem obvious now, many outcomes were not easily foreseen.

This can be damaging if it causes an investor to dismiss a poor decision because he or she thinks, with a little more conscientiousness, the outcome could have been foreseen. Sometimes outcomes occur that we could never have predicted, no matter how skilled an investor is, and that’s the reality of investing.

Also referred to as group-think, this investing bias occurs when a group of investors make a collective decision even if many members of the group disagree with the outcome. This results from human tendency to avoid conflict or dissent, and it can lead to misinformed or irrational decision-making.

Perhaps there are a group of 10 investors, of which the three leaders all think one decision is best. No individual wants to disagree with these top three, and so slowly they each go along with it, even though the other seven disagree. Thus, the minority makes the decision, and it could easily be the wrong one.

This cognitive bias refers to the tendency for people to overestimate how much control they have over impulsive decisions. An inflated belief in one’s self-control can lead to increased exposure to temptation and therefore increased impulsiveness.

Perhaps an investor is particularly tempted by a certain type of deal which is extremely risky, and very often produces losses. If this investor suffers from restraint bias, he or she may not blockade such deals from coming across his or her desk. Unfortunately, this can lead to an increase in the number of such deals that are made, resulting in costly decisions.

This type of investing bias refers to a tendency to ignore probability when making an uncertain decision. Although it seems crazy to ignore basic odds, it occurs often.

This presents itself when an investor either entirely ignores small risks or hugely inflates them. Since this may be hard to fully understand, consider the following example:

Most people’s tendency is to choose the first, even though the odds are significantly better in the second option. In this case, the difference in probabilities is ignored simply because both are extremes.

This cognitive bias occurs when an investor relies too heavily on an initial piece of information when making an investment decision.

How do I avoid Investing Bias?

Simply being aware of these common cognitive biases can help you combat them. Always take the emotion out of investing and instead create strategic investment plans customised to your individual situation.

There's also a lot of biased information online, paid-for by the company that is intentionally skewing the facts of the company its promoting.

Make sure to look at a writer's position in a company before reading the information, and discount all or most of what has been written.

Whilst an article written by the company you're invested in can be very useful, don't give-in to confirmation bias (the process of reading and absorbing information that positively affirms your investment decision.)

For example, if I am invested in X company and read reports/information only endorsed by that same company - how do I know that information is accurate?

Instead, focus on un-biased and in-depth analysis from multiple sources and validate all facts independently. Do your homework and seek honest answers to the right questions, because many fall into the confirmation bias trap and you're just kidding yourself out of profits.

Take the emotion out of investing. You're here to make money.