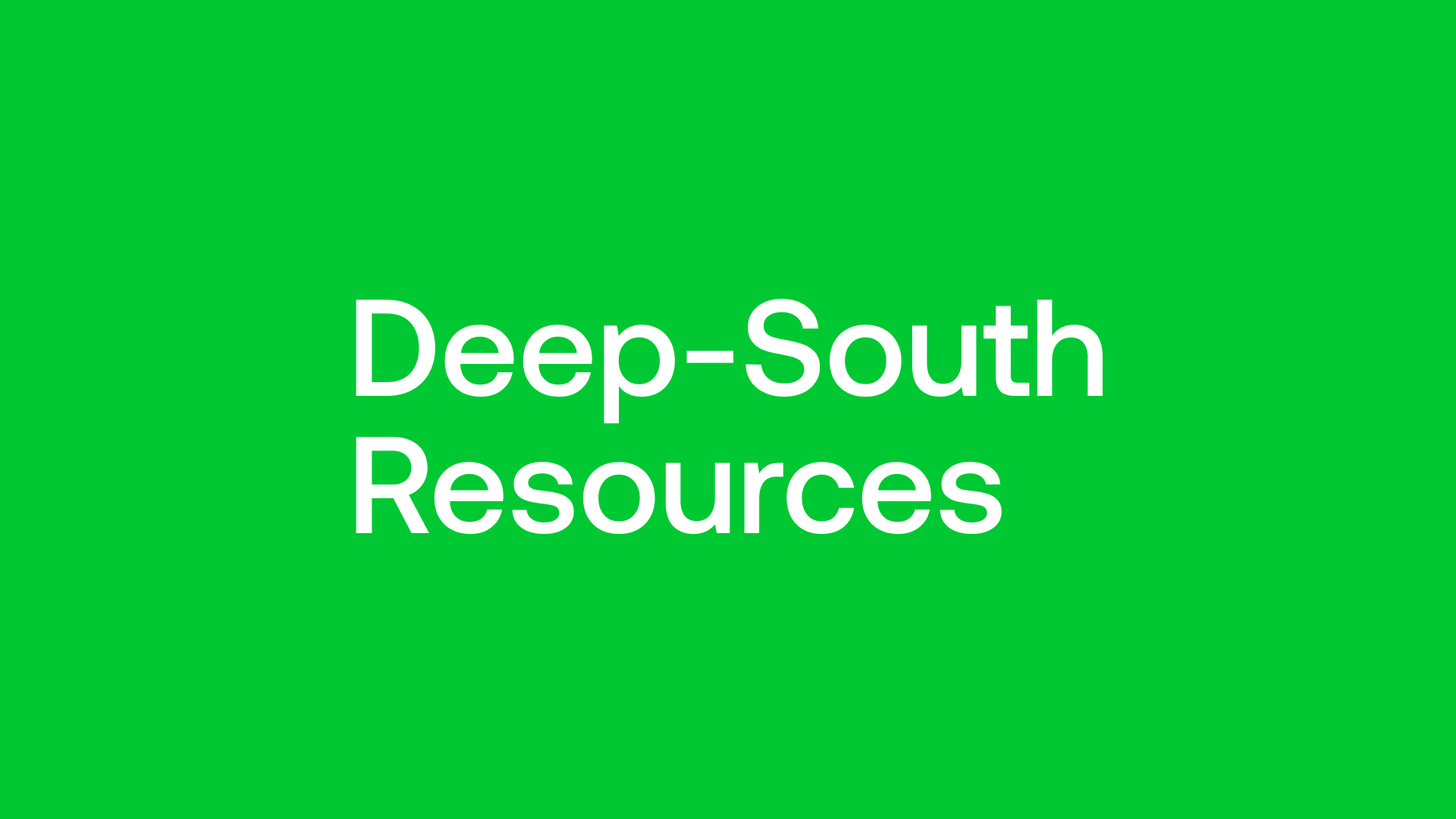 Deep-South Resources is a mineral exploration and development company actively involved in the acquisition, exploration and development of major mineral properties in Africa. Deep-South owns 100% of the Haib copper project in south Namibia. The license for this project has not been renewed and Deep-South is currently in dispute with the government but the company is confident that the license will be renewed soon.

Matt Gordon caught up with Pierre Léveillé, President and CEO of Deep-South Resources, which recently had its prospecting license pulled by the Namibian authorities at its flagship Haib Project in that country. Léveillé gave us insight as to why this may have happened and how the company intends to respond.

Deep-South Resources, a Canadian-based mineral exploration and development company, is actively involved in the acquisition, exploration, and development of major mineral properties in Africa. Its business plan focuses on quality assets in significant mineralized trends, close to infrastructure, and in stable countries.

Recently, the company’s attempt to renew its exclusive prospecting license covering its 100-percent-owned Haib Copper project was refused by the Minister of Mines and Energy of Namibia. Deep-South is contesting this decision.

Deep-South trades on the OTC and the TSX. There are over 139 M outstanding shares.

From a geologic perspective, Haib is part of the Richtersveld Sub-Province, which in turn is part of the greater Namaqua-Natal Province. The province consists of magmatic rocks of a probable island-arc assemblage that was emplaced 1.8 Bn years ago. Porphyritic plutonic rocks host copper mineralization at Haib.

A Preliminary Economic Assessment (PEA) was updated in 2020. It estimates a 20 Mtpa throughput with a copper recovery of 80 percent, a 24-year mine lifespan, and an after-tax NPV of US $611 million at a copper price of US$2.50 per pound.

Is Namibia Really a Low-Risk Jurisdiction?

Namibia is considered by many to be a stable, mining-friendly jurisdiction. The rejection of Deep-South’s license renewal is, therefore, newsworthy. Léveillé still believes that it's a good country to be in. He himself has been doing business in Namibia since 1996 and has a strong network there. Apparently, a lot of prominent people in Namibia are very annoyed by this situation at the moment. They don't like it because it's not good for the image of the country.

How This Situation Developed

Deep-South’s share price has been “thrown off a cliff” so to speak by this licensing situation. In Namibia, companies must renew exploration licenses every two years. The application must be filed 90 days prior to the expiration of the license, which in Deep-South’s case was April 2021.

The company indeed did file the application in January, more than 90 days prior to expiry. After that, it applied for a drilling permit in February, which was granted immediately and drilling commenced in March. At the end of March, Deep-South applied for a sample exportation permit to ship the cores out of the country for assaying. That was approved. In May, that permit expired so the company reapplied for a renewal of the export permit, which was again granted on the 3rd of June 2021. All was going well up to that point.

Six days after Deep-South received the last renewal of the export sample permit, the company received a letter from the Namibian Minister of Mines saying that they were not intending to renew the license. The minister said it was because Deep-South had failed to complete both its drilling program and a Pre-Feasibility Study (PFS) as the company had proposed.

Léveillé told us that the required drilling commitment was completed. In addition, Deep-South did 1t of test work with MinTek in South Africa and had proposed to do a PFS. The assay results that came back from MinTek were quite good.

At that point, Deep-South did not see any reason to do a PFS. The company prefers to include them in its existing PEA, do an upgraded PEA, and start a Feasibility Study immediately, because it knows that it will go ahead with bioleaching only. With a PFS, one would compare different technologies and different methods of extraction, and the company didn’t need to do this because there was already an existing Feasibility Study on the project.

These details were communicated by Deep-South to the Ministry. In fact, the Namibia Mining Act states that you have to inform the mining commissioner in a specific letter, and if they are not happy with it they are obliged to do one of two things: meet you to have a discussion around it or send you a letter stating that they give you a certain period of time to remedy the situation. They have done neither.

Furthermore, before the expiry of the license, the company started doing some work related to that PFS: Scoping studies on water usage, power solutions, and environmental concerns.  Deep-South also began some specific metallurgical tests with METS (Mining Equipment, Technology, and Services) in Australia, specifically for that PFS. So, in fact, what the company had proposed to the Ministry was to go above and beyond the completion of a PFS.

What is Deep-South’s Plan Now?

The stalemate, in a nutshell, is that Deep-South says that it has done the required drilling and fulfilled the PFS requirement; the Ministry says that they have not. Léveillé “has no clue” why the Ministry has taken its position. The company has had one brief communication with the minister since his decision. The day after that, the minister sent Deep-South a letter saying that he wouldn't change his decision. There has been no communication with them after that.

Deep-South has filed an appeal regarding the Ministry’s decision with the Namibian High Court. At the same time, the company requested the court to prevent the Ministry from issuing the license to anyone else. The High Court has the power to tell the Minister to reverse this decision and give the license back to Deep-South. That's what Léveillé is looking for. Deep-South began the appeal process in July and anticipates that resolution, one way or the other, will be known by the end of 2021 or early in 2022.

Deep-South’s lawyer is Andrew Corbett, a high-level, experienced attorney in Namibia. He has worked on many files like this, with or against the Ministry, so he knows quite a lot about this type of situation.

Deep-South is using its network to proactively lobby key institutions like the Chamber of Mines, the Namibia Investment Promotion Board, whose mandate is to promote foreign investment in Namibia.

Aside from legal action within Namibia, Deep-South is also looking at international law options. The company is taking it slowly with its options, preferring that a positive resolution would play out in the Namibian High Court.

Léveillé reminded us that 15 to 20 percent of its shares are held by Namibians. Two prominent people on its board of directors and the board’s chairman are Namibian. Two-thirds of its operation is fully Namibian, so Deep-South already adheres to more than what the Namibian Ministry would like to see. In fact, Deep-South is more of a Namibian company than anything else. The company would like to clear the air and ensure that everybody is happy.

The Larger Significance of this Stalemate

Although there is presently little economic return at Haib, the impact of this licensing stalemate is far-reaching for Namibia. Deep-South is a foreign company that is listed in Canada and the US. The company issues press releases all over the world. Some of these releases have not been very positive for Namibia’s image of late. As a result, the Namibian Chamber of Mines and the Namibia Investment and Promotion Board have become very uncomfortable with the situation because they know it is a problem for foreign investment.

As a consequence, other exploration companies are now being questioned by their shareholders and investors, who wonder if this could happen to Deep-South, can it happen to other companies in Namibia? That's not good for the industry or for foreign investment in Namibia. It’s not because Deep-South is a big company. It's just because it's listed and it makes news around the world.

Is Deep-South Looking for Other Assets?

Deep-South would obviously like a positive resolution from the Namibian High Court. But the company has other options that would ultimately benefit shareholders.  The company was already looking for additional projects before the licensing situation happened. Deep-South prefers copper because that's its expertise. Indeed, it hopes that by the end of the year or even before, it will have at least one other asset.

The company does have some money available to pursue other options. Right now, it has approximately CAD $2 to $2.5 in its coffers, which is enough at the moment to not have to run out and raise capital. In the meantime, Deep-South has cut the expenses to the bare-bones minimum in Namibia. Indeed, the board of directors has taken a pay cut as well.

Léveillé indicates that the company’s goal is to clear up this dispute as soon as humanly possible. Matt Gordon invited him to come straight back on when he gets substantive resolution, whether it is positive news at Haib or a new venture.

To  find out more, go to the Deep-South Resources Website