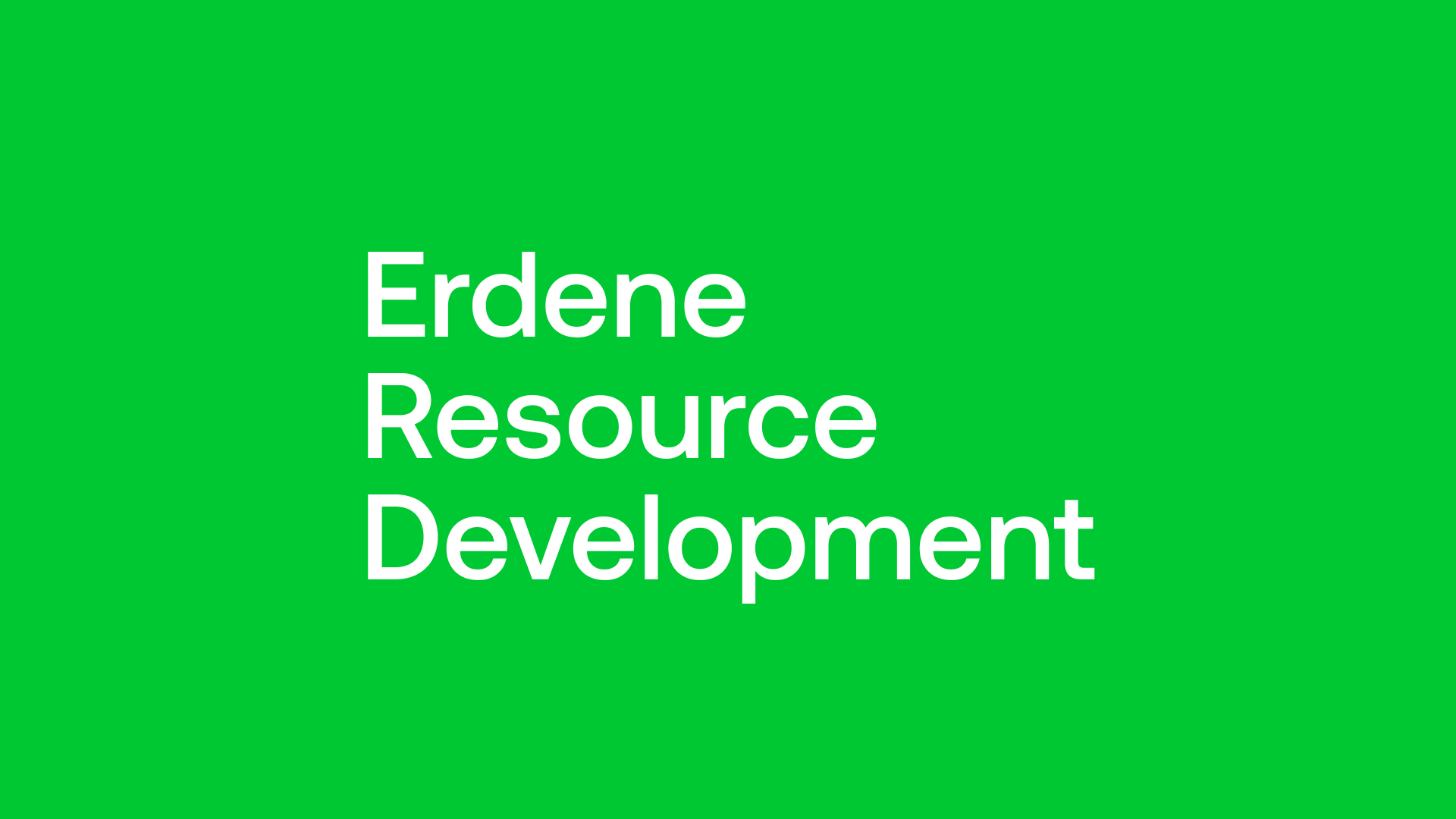 Matt Gordon caught up with Peter Akerley, CEO of Erdene Resource Development, a precious and base-metal explorer operating in Mongolia. Akerley summarized some of the company’s recent exploration success and his plans for advancing these discoveries.

Erdene is the leading exploration company in an untested portion of Mongolia’s prolific Central Asia Orogenic Belt (CAOB), host to some of the largest gold and copper-gold deposits in the world. The company has discovered multiple gold and base-metal deposits and prospects within the 170-km2 Khundii Gold District. Erdene is hoping to discover total resources of over 2 million ounces of gold in Mongolia by the end of 2022.

Erdene is a Canadian company based in Nova Scotia. It has a market capitalization of just over $109 M. Erdene’s publicly traded stock trades on the Toronto and Mongolian stock exchanges as well as the OTC.

All six of Erdene’s projects are located in the emerging Khundii Gold District in the CAOB in Mongolia. These projects include Bayan Khundii, Altan Nar, Dark Horse, Ulaan, Zuun Mod, and Khuvyn Khar.

Based on encouraging exploration results to date, Erdene believes that it has excellent potential to make additional and profitable gold and copper discoveries in the Khundii District.

Erdene’s recent drilling results have been excellent. At the Ulaan Project, over 200 m of 1 gram/t gold, with a 50 m, 3-gram/t core, were intersected. The company has had tremendous success at Dark Horse, where intercepts containing over 5 grams/t of gold were encountered, and is ramping up the drilling program at Bayan Khundii. All of these successes are part of Erdene’s plan for the ultimate development of the Khundii Gold district.

The mining industry in Mongolia is largely dependent on coal and copper production. Coal has become huge over the last ten years with millions of tonnes crossing the border into China. The same is true for copper concentrates coming out of the big Oyu Tolgoi mine and for iron ore as well.

Of late, there has been difficulty in getting these industrial commodities across the Chinese border. This has actually worked as a big favor to Erdene, said Akerley. The Mongolians are eager to look much more closely at those commodities that they can produce and not worry about the transport into China.

On a more local level in Mongolia, each company that wants to pass an Environmental Impact Assessment (EIA) as part of the permitting process must have a consultative meeting with the local community. Erdene had just such a meeting in July 2021. The company spoke with 200 locals, the results of which is that it received majority support from that community to push forward with company plans. That was a very significant milestone, said Akerley. Now, the door is open to proceed with a detailed EIA, which is in front of the regulators and being reviewed now.

Erdene is clearly in a good position with the local population. The company has been in the country for 15 years. Trust has been established, which is just as important in Mongolia as anywhere else. Mongolia loves seeing the progress being brought into their local communities.

Even though the population density of Mongolia is relatively low and COVID concerns have been an issue, ESG concerns are an important part of doing business in the country.

About 30 percent of Mongolia’s GDP comes from mineral and mining activity. Copper and iron are the main metal components of the mining industry in Mongolia. Rio Tinto is one of the bigger companies.

Despite that, these big companies do not drive the business climate. Quite the contrary, everyone is following the same rules and regulations across the board, whether it's Erdene or Rio Tinto, or Hong Kong-listed coal companies. Unlike some African countries that tend to have their wills bent by foreign influence, the Mongolian mineral authorities employ a fairly strict code. Nevertheless, the Mongolian system functions fairly smoothly, said Akerley. In addition, even though the population density of Mongolia is relatively low, ESG concerns are an important part of doing business in the country.

Although Erdene is a North American company, Akerley and the management team believes in running it more in the model of an Australian exploration company. In particular, there is strong focus on getting to get into cash flow first with less upfront dilution, and then build the business up with ongoing cash flow.

That’s not to say that Erdene is not about building ounces. Akerley said that the company intends to carry out a reasonable amount of exploration to achieve its 2M-ounce goal in the near term, and then become more aggressive as the cash flow ramps up in 2023.

The metal-bearing bodies often occur in clusters where major faults and lineaments control the locations of volcano-plutonic activity associated with arc-related subduction processes. Throughout the belt, northeast-trending structures play a major role in the emplacement of gold and copper deposits.

Akerley was quite attracted to this province because large parts of it had not seen any real exploration activity. The company has narrowed down its efforts to focus on a sub-regional part of this geologic province termed the Khundii Gold District.

Progress with the Company’s Top-Tier Projects

At Bayan Khundii, the company believes that it has 65,000 oz. per year, shovel-ready open-pit gold project that is planned to come into production in 2023.  Immediately after production commences, the company sees a great opportunity to enhance production there by using tight-spaced, focused drilling effort that will sharp-shoot the “low-hanging fruit”, probably about 400,000 oz., close to the pit. In addition, there is some 200,000 oz. of ore in the 2 gram/t range that could be developed depending upon the price of gold.

Dark Horse, a new discovery about 3.5 km north of Bayan Khundii, is a shallow auriferous deposit only 5 m below the surface. Erdene recently intercepted 25 to 30 m of 5 gram/t rock with its drilling there. Deeper portions of this deposit have yet to be tested.

Altan Nar is a gold-bearing deposit just to the north of Bayan Khundii. It contains at least 200,000 oz. of near-surface ore. Continued drilling there could prove up an ore body as large as 1 M ounces.

The Ullan project, a fresh discovery, is also offering a tremendous growth opportunity and is now a high priority for Erdene. It is only 0.5 km from the pit location at Bayan Khundii. Five recent penetrations at Ullan have repeatedly intercepted high-quality gold-bearing rock of up to 3 grams/t, with an average of 120 m grading at 1.2 grams/t. Adding this to the total package near the pit would bring the producible resource into the 120,000 to 150,000 ounce-per-year range.

Zuun Mod, a molybdenum-copper porphyry deposit, is a bit different from Erdene’s other projects. It may be one of the largest undeveloped molybdenum-copper projects in Central Asia. It sat dormant for the last decade because of low molybdenum prices. The price of molybdenum is up to around $22/lb. these days, which is triple from where it was during that period of dormancy.

This means that Erdene has some 400 M pounds of Molybdenum at Zuun Mod, which at current prices is worth over $8 Bn. Previous studies conducted by Erdene back in the mid-teens indicated that Zuun Mod is economical at a $14 to $16 Moly price.

Erdene has engaged one of the big engineering firms and has begun to revive its scoping study at Zuun Mod. Those results will be forthcoming quite soon and a new set of economics will become available. China has already expressed an interest in Zuun Mod, particularly regarding their stainless steel industry. Akerley has no doubt that Zuun Mod will become a mine.

Although the company considers Zuun Mod to be an important project, it is focusing on getting cash flow positive with its gold projects first. Erdene is open to partnering its Zuun Mod project. By bringing it back into the market, it will increase the project’s visibility as well as help advance its development. If the right deal is there, Erdene is going to consider it but it's not going to be dealt at a fire-sale price.

What’s in the Company Coffers?

Akerley indicated that currently, his company is sitting on somewhere around CAD $5 M. There will not be a significant amount of expenditure taking place on the construction side until the permits are in place. Erdene just launched a small financing deal in Mongolia for US $5 M on the Mongolian Stock Exchange, which Akerley expects to be successful. By the end of October 2021, the company will hold around CAD $10 M.

Regarding the in-country financing, Akerley told us that Erdene gets tremendous value out of this effort. First, there is the importance of a shared-benefits perspective, and giving the Mongolian folks that opportunity first is important. There's also an environment in Mongolia where warrants are part of the financing, so this will be done as a single share unit as opposed to a share-and-a-half unit.

Erdene’s ore-bearing deposits are about 200 km from the border crossing with China at Ceke. Infrastructure is quite good because of the coal mining activity associated with the Chinese trade. Erdene has plans to put in place a diesel-solar hybrid facility of about 10 Meg that will support its initial plant. There may be an opportunity to tap into the state grid power, which would lower energy costs. Water is an issue in Mongolia and the company has spent about $3 M on a number of aquifer sources, including one about 2 km south of Bayan Khundii, which would provide a sufficient volume of water, conducted by PVC pipeline, for the plant size envisioned by Erdene.

As mentioned, the EIA is now in the hands of the Mongolian regulatory body. Akerley estimates that there will be another two years and $1 M-worth of regulatory work needed to move the aggregate set of projects to ultimate fruition, with the exception of Ullan, which is probably on a three-to-four year timetable.

Dirt-moving to commence early-stage construction at the pit will begin in the fall of 2021. The financing package is being finalized. An announcement on export development is expected later in 2021 or early 2022.

From the exploration perspective, the assay results from the first batch of high-density drilling will be announced soon. A little further to the west of the main activity, there is blue-sky exploration that has yet to be evaluated by the company.

Akerley left us with the following view about Mongolia: “People just don't know enough about Mongolia”, he said. He hopes that any skepticism that investors might have has been changed into thinking that Mongolia is, in fact, a great place to engage in profitable business ventures.

To find out more, go to the Erdene Resources Website