Global Atomic (GLO) - Operations on the Ground Already in Motion 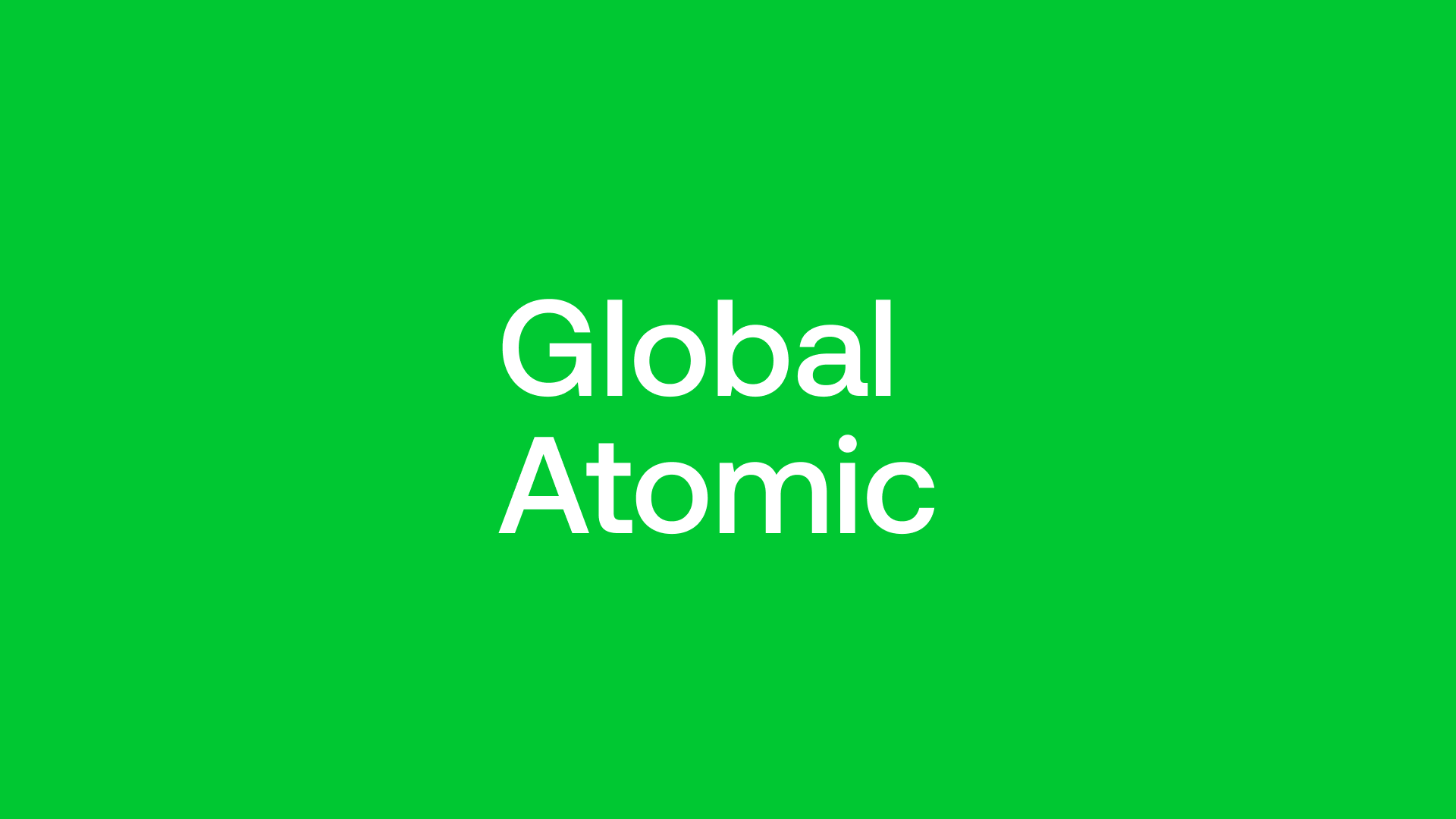 Global Atomic Corp. is a Canadian resource company advancing the large, high-grade Dasa uranium deposit in the Republic of Niger. The company benefits from the dividend stream generated by its share in the Befesa Silvermet zinc concentrate production facility in Turkey.

Matt Gordon caught up with Stephen Roman, CEO, Chairman, and President, Global Atomic. Stephen has over 4 decades of experience in successfully identifying, financing, developing, and commencing production at multiple mining and gas projects. He previously served as the Founder, Co-Chairman, and Director at Gold Eagle Mines Ltd. He has also worked as a Policy Advisor to the Canadian Minister of National Defense. In 2016, he received the Bill Dennis Award for Canadian Mineral Discovery from the prestigious Prospectors & Developers Association of Canada (PDAC).

Global Atomic is a mineral exploration company founded in 1994 and is headquartered in Toronto, Canada. The company's flagship asset is the Dasa project in Niger, a high-grade, low-cost uranium project with a PEA (Pre-Economic Assessment). The company also produces zinc concentrate from recycled steel dust in Turkey. The company is listed on the Toronto Stock Exchange (TSX-V: GLO), and the OTC markets (OTCQX: GLATF). Global Atomic was among the top 25 companies in the OTC markets in 2020.

Following the establishment of the Sprott Physical Uranium Trust (SPUT), an entity created to purchase bulk physical uranium from the market, Global Atomic's share price jumped from $2.40 to $4.40. This also led to the appreciation of spot uranium pricing from $30 to $50. Preceding this price jump in August, the uranium pricing has settled back to $41-$42.

Global Atomic is currently working on a project financing plan with its UK consultants. The company has shortlisted banks to fund the development of its Dasa Uranium Project in Niger. The company's previous capital raise was back in March 2021, where it raised CAD$12.5M through a private placement bought deal.

Global Atomic recently signed a letter of intent with the CMAC-Thyssen Mining Group. This agreement was carried out through a multi-party bidding process. As per the deal, CMAC-Thyssen will initiate an underground development campaign at the Dasa Uranium Project post the conclusion of box-cut excavation at the site.

Global Atomic has initiated its 15,000m drill program to carry out infill drilling on the deposit surrounding the flank zone, bringing it into a higher category. This zone is due to inclusion in the upcoming Feasibility Study. The flank zone at the Dasa Uranium Project accounts for 20% of the entire deposit. The company is looking to increase the overall size of this flank zone area to enable mining at the orebody. Since the orebody is shallow and features ramp access, it is inexpensive to mine and facilitates the increase in the deposit's overall value.

The company is also working to improve the on-site infrastructure by building a significantly larger camp. This expansion is being carried out through local contractors and includes the excavation of the box cut for the portal starting January 2022. This is an important milestone for the company as once the excavation is complete, the company's crew will start moving underground.

Following this, CMAC-Thyssen will mobilize its team in February and by the end of March, conclude the box cut excavation. Next, CMAC will begin to ramp up the flank zone as part of the agreement.

Global Atomic is hiring additional team members both within the management and corporate level along with finance experts to form a local workforce. The company has also secured a centrally-located office in Niamey, the capital city of Niger.

Additionally, the company has hired former Orano employees along with international experts with work experience in West Africa as developers and mine builders. A significant component of this project is the construction of a processing plant that has been finalized as part of the Feasibility Study. The company has placed bids for EPCM (Engineering, procurement, and construction management services) contractors.

Despite the global shortage of skilled technical labor for uranium, Global Atomic has been successful in hiring ORTECH, Toronto, a process research firm along with experts from the UK and Australia to work on its projects. The closure of Orano's Cominak project has also facilitated the availability of a trained labor force ready to join the team.

Following the closure of its uranium mine, Orano is concluding its Niger operations. Global Atomic is currently negotiating an agreement to secure trucking rights to directly ship ore from the Dasa site to Orano's Somaïr facility. The Somaïr facility has been in operation for the past 50 years and has an estimated mine life of 5-10 years.

As Orano is shutting down its Cominak project operations in March 2022, Global Atomic is looking for equipment that can be refurbished and employed at its own site. Additionally, the company is looking for synergy through a partnership with Orano for sulphur and other key supply components. This will enable a supply of sulphur from the Port of Cotonou to Somaïr, providing both companies with significant cost savings. This collaboration is expected to finalize within the next 2 months.

The Dasa Uranium Project is a world-class orebody that has the potential to produce an initial supply of 4Mlb-5Mlb annually with a production plan in place. The company is looking to build a mine on-site and has a planned Feasibility Study by 2021 end. The site excavation is planned for January 2022, while the ramping will commence in April. Global Atomic is focused on making the product available for utilities by January 2025.

The company is currently in talks with multiple utilities in the market and is participating in RFPs (Request for Proposal) for its uranium supply. Once the company has 1-2 utilities signed, it will provide a definitive timeline and bring the mine into production.

The Dasa Uranium project is the highest-grade uranium deposit found in Africa in the past 50 years. Global Atomic is looking to bring this project under production and become a major global uranium supplier.

To find out more, go to the Global Atomic Website