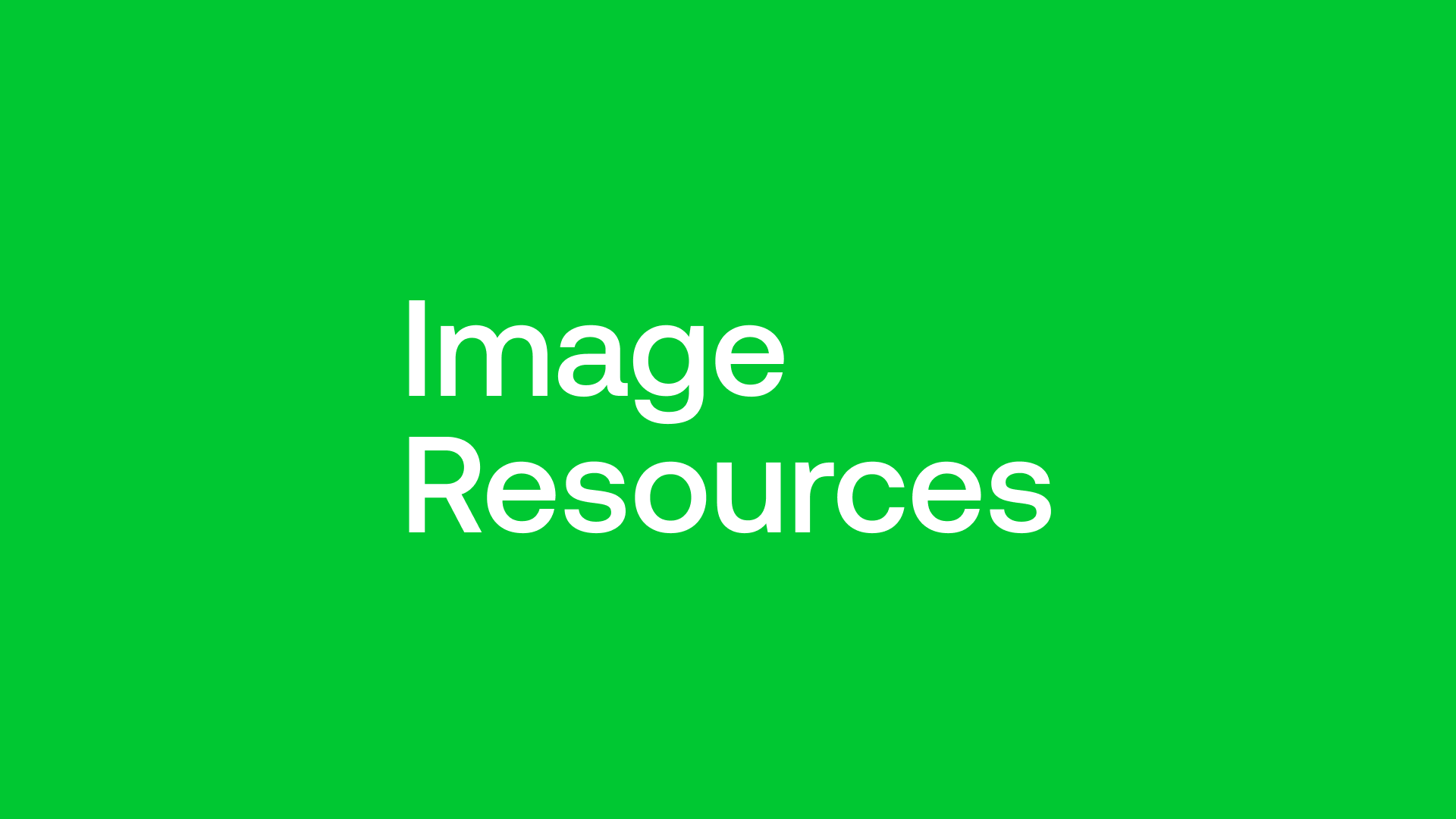 ‍Matt Gordon recently spoke with Patrick Mutz, Managing Director at Image Resources, an Australian mining company specializing in the production of zircon and other heavy mineral sands in Western Australia. The company is successful, profitable, and seeking to grow. Mutz provided a synopsis of why this small company is so successful.

Image Resources trades on the Australian Stock Exchange. It has around 980 M shares outstanding.

Management and Direction At Image Resources

In addition to Mutz, the board of directors consists of Chong Veoy (Aaron) Soo, Chaodian Chen, and Huang Cheng Li, Non-Executive Directors.

Mutz has been in mining for some forty-five years, starting out in the U.S., but working in Australia for the last twenty years. Much of his previous work has been in the uranium space. At about the time of the Fukushima incident, he shifted into mineral sands and took on the role of COO with Mineral Sands Mining Company in South Australia. He continues with that theme in his present position at Image Resources.

Boonanarring is arguably one of the highest-grade, zircon-rich mineral-sands projects in Australia. Production commenced in December 2018. Total CAPEX expenditure needed to do this was only $53 M. Because of the high grade of these ore sands, the Image Resources achieved profitability in Q1 2019, was cash-flow positive as of the second quarter of 2019, and is now performing at steady-state production.

Mineral sands are important commodities on the global stage, yet not as headline-grabbing as gold, silver or iron ore. In essence, mineral sands are sand-sized heavy minerals such as zircon and rutile that have accumulated in ancient sandy deposits along with typical quartz sand. Many of these deposits formed in ancient shallow seas or beach ridges where the winnowing action of waves and currents concentrated the heavy miners into mineable deposits.

These heavy minerals are used in a variety of industries such as paint manufacturing, tile and ceramic production, and abrasives. Indeed, they are part and parcel of the global industrial landscape.

The Move Into Production

Image Resources has changed its focus from being an advanced exploration company to a production company under Metz’s tenure. This was done because shareholders demanded it. Now, with that in place, the next goal for the company is to pursue growth opportunities.

From the production perspective, the company could have chosen a model to keep drilling and building reserves, then, at a later date, go into production. Instead, management determined that it was better to get into cash flow as soon as possible. They felt that they had a sufficient reserve base to do that, so they did.

At the time the decision was made, the mineral sands market was at its nadir. It was a contrarian decision from the very start. After the company started production, zircon prices started climbing.  This put the company into a positive cash flow position, enabling additional spending on drilling and growing the company.

Operating profitably and making money has had a big impact on shareholder value. After only two years of operations, Image Resources became debt-free and paid an inaugural dividend of $0.02 when the share price was running about $0.18.  This is a very healthy return on the investment so far for current investors.

Currently, the company is involved in 12 mineral sands projects, only one of which, Boonanarring, is in production. Some of the others may have mine lives of 10 years or more. The beauty of mineral sands projects is that they are relatively shallow, encased in soft rock or unconsolidated materials, and require low CAPEX to develop.

A Sense Of Image Resource’s Scale

At the scale that the company is operating, it has been wonderfully profitable over the last few years. Larger companies in the mineral sands space, such as Iluka and Tronox would probably not take on a dozen or so smaller-sized projects as Image Resources has done. For Image Resources, there is a size aspect that it is occupying, and there are projects that fit its size.

So, Image Resources’ strategy is about being this small- to medium-sized company accessing these smaller yet highly profitable projects, at least for now.  That being said, the profitability that the company has achieved has indeed given them a tremendous opportunity to grow and branch out.

Image Resources intends to grow into a company with a $500 M to $600 M market capitalization. Currently, it produces about six percent of the world’s supply of zircon and it is keenly aware that it can do better.

Getting the company into a production mode has been great. The next trick will be to sustain profitability and keep growing. It intends to do so by continuing to explore and to make prudent acquisitions. Whether it wants to stay in mineral sands or it gets rid of that and uses the profits to fund the other projects is a real option for Image Resources at this point.

The company will definitely continue to explore and develop low-cost mineral sands deposits in Australia but, significantly, has begun to add gold projects to its mix. In addition, it is looking to add a resource project, mineral sands or otherwise, with a 15- to 20-year mine life.

On the international front, the company intends to continue working principally in the home country, at least for now. It is, however, interested in expanding its exploration abroad, as long as it can get a firm grip on the risks involved. Image Resources would like to capitalize if the right project becomes available outside of Australia.

As mentioned, Image Resources’ mineral sands portfolio consists of shallow, easily mineable deposits that require low CAPEX expenditures to produce. This gives the company the enviable opportunity to bank cash as it awaits the right growth opportunities to benefit shareholders.

Regarding potential acquisitions, Mutz is spending about a quarter of his time scanning for potential take-over targets. In his conversations with other companies, Mutz emphasizes his company’s proven ability to operate at low cost and how that may be of benefit to these companies and their investors. In these conversations, he points out, for example, that Image Resources brought its operation up to full production within two months and this was all done for the low cost of $52 M. He emphasizes that that Image Resources can be a worthy partner with a company that may have a development project or two that need help.

Image Resources’ top twenty shareholders are a mix of institutional and individual holders. The largest shareholder is a Chinese zircon manufacturer. Mutz brought in this particular investor in 2016 because it set the company up on a path to production, as they were able to provide zircon off-take agreements for the life of the project, which represents about 80% of Image Resources’ revenue.

In addition, other individuals in Southeast Asia as well as several large Australian and international institutional investors are important shareholders. Insider holders from the management team and board of directors contribute to about one-third of the register.

The Asian investors are important. They tend to be savvy about the minerals business and simply love the Australian opportunity.

In May 2021, Image Resources entered into a farm-in agreement to earn up to 80 percent of the highly mineralized King Gold prospect in Western Australia. The prospect covers 3.7 km2 and is completely surrounded by the company’s existing Erayinia gold tenement and lies south of its Madoonia Downs tenement. The company intends to turn this property into a small but profitable gold mining operation.

Image Resources generally focuses on mineral sands, however, due to the Australian gold price sitting at near-record levels, the company has chosen to delve into gold exploration. The founding Director of the company, George Sakalidis, is a true gold hound and was instrumental in the company getting into this acreage.

Mutz indicated that this asset could potentially help the company in one of two ways. First, it could continue to function as a profitable part of its overall cash-producing portfolio. Second, Image Resources might be able to use King Gold to piggyback on a sale or joint venture with other companies so that it can create additional capital to invest in more mineral sands projects. Mutz will pursue the option that adds the most value for the shareholders.

As of October 2021, Image Resources had collectively drilled about 12,000 m on the acreage. The deposit is relatively shallow, which will help provide the low-cost profitable asset the company seeks.

Mutz anticipates that there will be continuing news flow going forward for the next year and a half that will outline progress made on the company’s activities. All the while, he said, the company will continue to stress its commitment to environmentally friendly operations, particularly in the area of mine remediation and carbon offset.

To find out more, go to the Image Resources Website