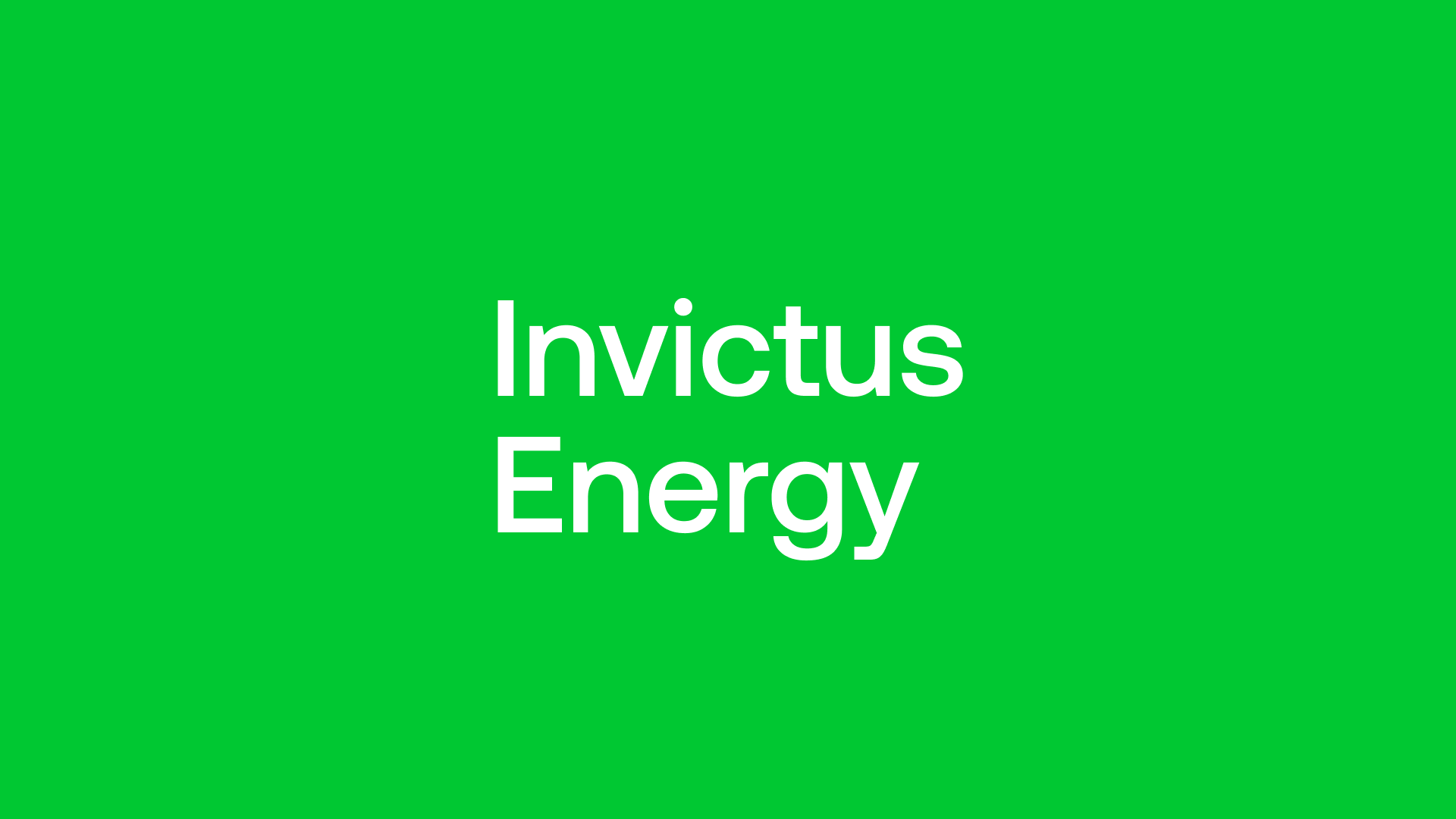 Invictus Energy is an independent upstream oil and gas company. The company's asset portfolio consists of a highly prospective license, Special Grant 4571, in the Cabora Bassa Basin in Zimbabwe. This is one of the largest under-explored interior rift basins in Africa. The SG 4571 contains the Mzarabani conventional gas-condensate prospect, the largest un-drilled prospect present onshore in Africa with an independently estimated 8.2 Tcf (Trillion cubic feet) + 247 million barrels of conventional gas condensate in a stacked target.

Matt Gordon caught up with Scott Macmillan, Managing Director, Invictus Energy. Scott is a member of the Society of Petroleum Engineers (SPE) with over 15 years of experience in exploration, field development planning, reserves and resources assessment, reservoir simulation, commercial valuations, and business development.

Invictus Energy is opening one of the last untested large frontier rift basins in onshore Africa, the Cabora Bassa Basin through a high-impact exploration program. This basin is located in northwest Zimbabwe. The company was founded in 2011 and is headquartered in Australia. It is listed on the Australian Stock Exchange (ASX: IVZ).

Invictus Energy's primary asset is the Cabora Bassa project located in northwest Zimbabwe. The company recently completed an infill 2D seismic campaign, acquiring 840km of data as it prepares for a high-impact basin opening drill campaign planned in the first half of 2022. The Mzarabani prospect features 8.2 Tcf and 247M barrels of condensate, one of the largest conventional targets globally.

Although the oil and gas industry has seen mounting challenges in recent times, Invictus Energy stands out with its strong local management team. The company's key members have a strong background in Zimbabwe and benefit from a deep understanding of the jurisdiction. It is important to note that the last oil exploration in Zimbabwe was back in 1990.

In 2021, Invictus Energy appointed a new strategic investor, Joe Mutizwa. Joe previously worked with Delta Corporation, Zimbabwe's largest listed company. He is a former member of the Reserve Bank Board and currently serves on the Presidential Advisory Council. Joe brings a strong mix of corporate and technical expertise to the team.

Operating in Zimbabwe had been challenging in the past. Starting new projects was close to impossible until a change in government. Before that, companies were unable to get approvals for permits. This was largely due to the investment and environmental laws in Zimbabwe. Even if a permit was acquired, the project couldn't progress as the country made for an inhospitable investment environment.

Ever since the change in government, the country has once again opened its doors for business with strong business reforms to attract companies. Zimbabwe's current administration also paved the way for measures such as the Special Economic Zones (SEZ), treating companies within these zones as independent states within a country, leading to several fiscal and non-fiscal incentives.

Invictus Energy recently signed a petroleum exploration, development, and production agreement with the government. This led to the framework and pathway for the company to develop the asset.

Based on the chemical sampling and geotechnical work carried out by Invictus Energy, it was found that the source rock features 2 main source intervals belonging to the Permian and Triassic intervals. It is anticipated that this rock is capable of generating both oil and gas. Based on the modeling done by the company, there are indications that the source rock passed through the oil window into the gas condensate window in the main fairway. There are strong possibilities that this basin can generate both oil and gas.

The company was successful in recovering oil at the surface from the Permian samples collected in July 2019. This was part of the company's field sampling program. The company is expecting the presence of a big gas condensate here. Invictus Energy benefits from the existing infrastructure within Zimbabwe, pertaining to gas development.

Invictus Energy has already signed MOUs (Memorandum of Understanding) with 2 customers. The first customer is Sable Chemicals, a fertilizer manufacturer and Ammonia gas importer. The second customer is Tatanga Energy, a gas developer from West Africa looking to enter the Zimbabwe market.

The agreements comprise a 1.2 tcf supply over a 20-year period. Invictus Energy benefits from the well-developed infrastructure present within the jurisdiction that was included in the paper agreement with the government. This agreement provides easement along with pipeline access rights to the company.

Sable Chemicals is located 350km from Invictus Energy's operations while Tatanga Energy is located 100km away from the major interconnectors in southern Africa. This proximity enables the company to export electricity from Cape Town to significantly long distances, even as far as Congo. As the exploration continues, the company is anticipating anywhere between 4-8 Tcf of gas. The company is currently seeking additional supply contracts in the market.

Both companies involved in the MOU have a strong understanding of an oil and gas corporation. Since Invictus Energy is the only major supplier in the region, there's an agreement on the pricing that's mutually beneficial.

Since the distance between the company's operations and the buyers is significant, Invictus Energy is looking for a third-party development pipeline. Even though Zimbabwe has a strong pipeline infrastructure, a third-party development pipeline would be ideal in an event where the existing infrastructure falls short. This newly generated asset category benefits the government as well as it is backed by blue-chip customers such as Sable Chemicals.

Following the industrial demand, the current pipeline capacity in Zimbabwe has developed to a 200 million cubic feet a day operation. This includes one pipeline for power and 2 for gas used in industrial processes. Institutions such as the Africa Finance Corporation have funded similar projects in the past, giving the company additional confidence for future funding considerations.

Invictus Energy is looking to enter paid contracts in which the customers will be responsible for tariff payments. Since the tariff rates are standardized in the region, the company is confident that it won't face any supply-related issues down the road. The company is looking to supply the South African region over time, a major demand center with a standardized transit fee.

As per the recent press releases, Invictus Energy carried out extensive 2D seismic surveys on its onshore targets. The company is focused on the massive structural targets located at the project site. The seismic images demonstrate the presence of an enormous anticline that spans 200 square kilometers under closure. As the project is in the early stages, the company is focused on 2D onshore exploration instead of 3D modeling.

The company is focusing on different types of structural traps located on the property. It also has access to the Mobil grid from the previous operations featuring a 1.7km-15km spacing. This spacing is sufficient to define commercial-sized targets.

The 2D seismic surveys have led to the identification of the central grid. The company is looking to map the subsurface. It has about 5 separate stratigraphic geological sections which are currently being targeted. The main target here is the upper Angwa which is projected to be from the low Triassic period. Historically, source rocks belonging to the low Triassic period have led to significant heavy oil and gas discoveries in Madagascar and Ethiopia.

The Mobil data is currently being utilized to track the geological horizons into the subsurface with the seismic surveys. Following this, the company plans to map the potential traps within the area to gain a better understanding of the estimated thickness of the formations being targeted. This will enable the company to find out the potential size of the underlying prospects. The collected seismic data is currently being processed by Earth Signal, Canada.

The early results of the operation have returned strong results featuring anomalies that confirm the underlying structure. Once the data is fully processed, the company is looking to interpret the complete dataset and publish an updated portfolio. It has already identified a large Mzarabani structure and is anticipating significant developments once infilling commences.

A major part of the seismic processing work comprises the interpretation of the Mzarabani 1 well to find its exact location and develop a detailed drill plan. The company currently has 5 targets and is looking to ensure that it hits all 5 targets at the ideal spot to maximize the chances of discovery.

Invictus Energy is also looking to identify additional prospects within the acreage data by utilizing the acquired seismic data. The early results have been promising and the company is now aiming at 2 well programs planned for 2022. Once the Mzarabani prospect is drilled, it will be one of the largest conventional oil and gas discoveries. At the same time, the company is looking to commercialize the potentially smaller targets.

The company's seismic infill campaign has been paramount in refining the location for the drilling program. The company is looking at the Mzarabani target to test out the petroleum system.

Invictus Energy realized the potential size of the project during its first perspective resource estimate. Following this, the company opted for independent assessments from both Netherland Sewell and Associates (NSAI), and by Getech Group, UK. These assessments aided the company in reprocessing the existing gravity and aeromagnetic data that was integrated into the seismic interpretation. The second independent resource estimate was audited and carried out as per the SPE (Society of Petroleum Engineers), and the PRMS (Petroleum Resource Management System).

As Invictus Energy's operation is onshore, it is highly cost-effective when compared to an offshore operation. The company is looking to drill an onshore target of 8.2 Tcf and 250M barrels of condensate. This operation has an estimated cost of $12M, providing an exceptional risk-to-reward ratio. As the operation is massive in size and already de-risked, the company has a unique opportunity for exploration at a significantly low cost.

The company is mainly focused on the conventional resources at the reservoir properties. Based on the reservoir measurements through the outcrop, the company found strong porosity and permeability along with the depths of the primary target. Across the company's 5 targets, the shallowest is 800m-1000m in depth. The primary target in the upper Angwa region is at a depth of 2,700m. The company is looking to test this target at up to a depth of 3,500-4,000m.

Once the pre-drill and seismic interpretation has concluded, the company will define the targets for a high-impact drill campaign in the first half of 2022.

Invictus Energy is moving to the drilling phase of the operation and is currently in the process of securing a drill rig. The drill campaign is planned for the first half of 2022.

The company has a 2 track approach to funding. As the company has grown in size, it has seen increased interest from the oil and gas market. In 2021, the company was looking to raise capital between $6M-$8M and received bids for $33M within 3 hours.

This project offers an 80% equity to the company, making for an attractive proposition. The company is open to either self-funding or entering a partnership to fund the project. Invictus Energy has an 80% stake in the project with the remaining 20% held by the original owner of the asset. This was made possible through the 2018 reforms by the government which removed the 51% mandate limit as a way to promote foreign investment into Zimbabwe. The local partner is expected to carry the project through the exploration phase up to the FID (Final Investment Decision).

Invictus Energy is currently listed on the Australian Stock Exchange and recently completed its OTC Market listing. The company is currently capped at an $80M market value.

Once the company concludes the drilling phase of the project, it might consider a capital raise. However, the company is not looking for an LSE (London Stock Exchange) as the listing process is significantly more difficult. Since the company won't require substantial capital raises in the near future, listing on additional exchanges is not a priority in the short term.

To find out more, go to the Invictus Energy Website