Laramide Resources (LAM) - With Uranium Timing is Everything 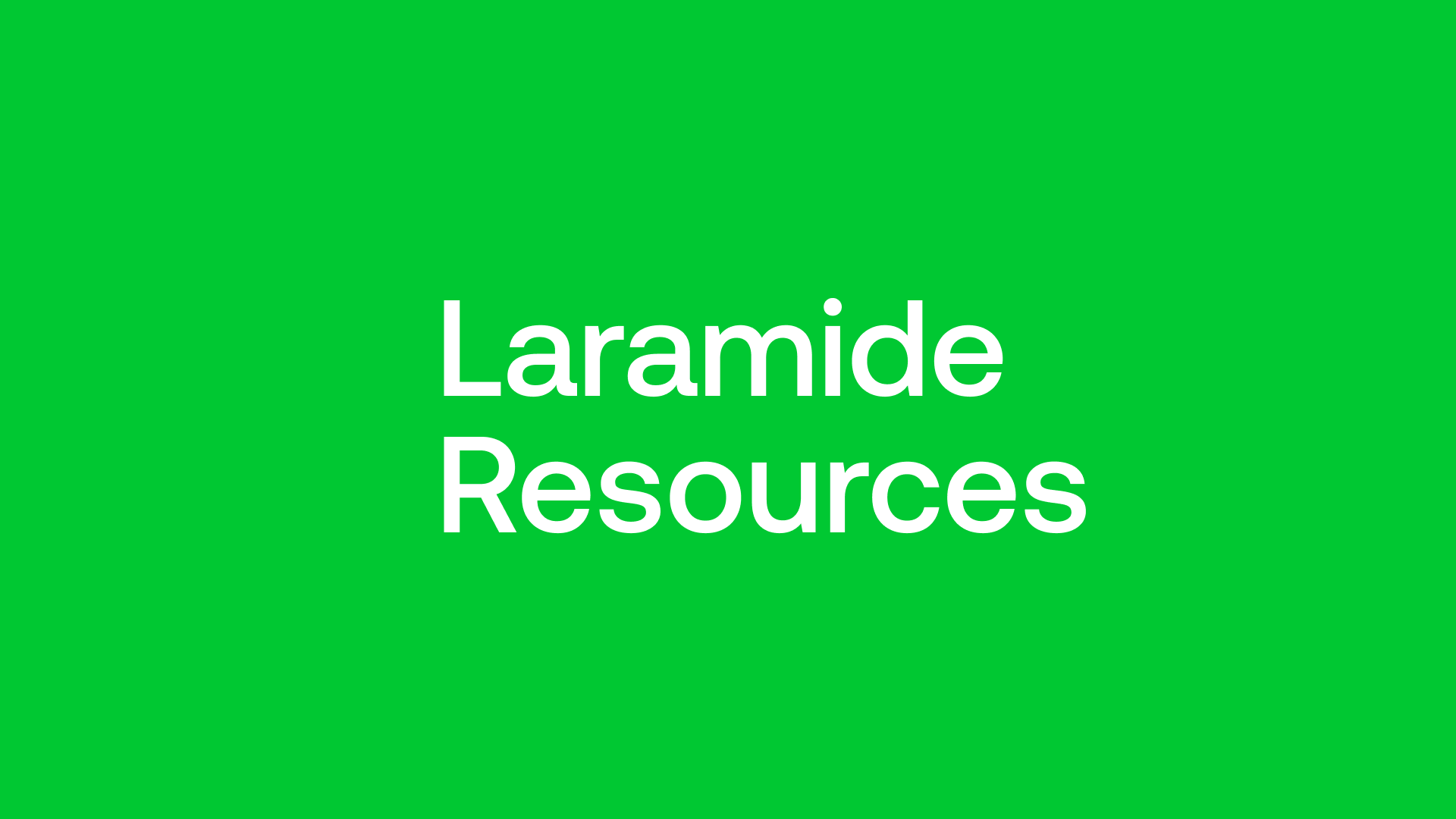 Laramide Resources Ltd. is a Canadian-based company with diversified uranium assets strategically positioned in the United States and Australia to deliver uranium to an increasingly energy-dependent world. The company owns large development stage uranium projects in the United States and Australia. The company's major assets include the Churchrock and Crownpoint ISR Projects in New Mexico, the La Sal and La Jara Mesa Projects in Utah, and the Westmoreland Uranium Project in Australia.

Matt Gordon caught up with Marc Henderson, President, CEO, and Director, Laramide Resources. Marc is a chartered financial analyst with over 2 decades of experience leading public mineral exploration companies. He previously served as the CEO and President at Aquiline Resources Inc., which was acquired by Pan American Silver Corp. in 2009. He also served as the President of MinerFinders. His educational credentials include an economics degree from the University of Colorado.

The uranium market has seen a long stretch of a bearish run in recent times. The recent developments include the establishment of the SPUT (Sprott Physical Uranium Trust) that purchased a bulk of the market's physical uranium supply. This led the uranium spot price in the utility market to appreciate from $30 to $50 within a month. The sudden price jump has resulted in healthy profit margins for producers and has allowed companies to gain leverage in the market.

The sudden removal of physical uranium supply has left buyers seeking long-term contracts for a consistent supply, leading to a bull run. The previous bearish run led to the closure of a large number of uranium projects worldwide. In fact, only 20-25 of uranium producers survived this market turbulence. The ETFs (Exchange Traded Funds) have helped these companies bear through the market uncertainty.

Unlike gold, a large number of companies lack a pipeline when it comes to uranium projects. Given the limited number of companies, it's challenging to build a mine and bring the project into commercial production given the price uncertainties. A major portion of these deposits is historical assets that were mined by oil companies in the 70s. It is expected that Greenfield projects will see a renewed interest from the market and the companies will be rewarded for their location and exploration pursuits.

The rising energy prices for fuel and electricity have established nuclear energy as a strong investment vehicle. As the world continues to phase out coal and other fossil fuels for energy requirements, the demand for uranium-powered nuclear reactors continues to grow.

Laramide Resources acquired the Murphy Project from Rio Tinto Exploration Pvt. Ltd. in October 2020. The Murphy Project is a wholly-owned asset located in the Northern Territory of Australia. It is spread across a land area of 683.5 km, lying contiguous to and along strike from the company's Westmoreland Project in northwest Queensland.

The Murphy Project saw historic high-grade uranium exploration in the 1950s and is widely regarded as the world's most attractive, under-explored uranium province. Laramide Resources is looking to explore identified targets at both the Murphy and Westmoreland projects along with planned expansion.

As the Queensland government isn't pro-uranium, the company is looking for administrative changes in the local or state government before planning and building a uranium mine at the Westmoreland Project.

The Murphy Project is a billion-dollar discovery that features strong extensions along with good geology towards the west and southwest. The company is anticipating the discovery of an additional uranium deposit similar to Westmoreland. Laramide Resources has already carried out airborne surveys and is planning to carry out a drilling program at the deposit.

The company faced operations delays due to the pandemic, however, it was able to secure the necessary approvals from the Aboriginal groups. According to Laramide Resources, the Murphy Project is a promising Greenfield real estate.

Laramide Resources is looking to spend money on the ground over a 5-year period. The first stage of its program encompasses a strong drilling operation on the existing targets.

The company acquired an EPM (Exploration Permit- Minerals) for its Murphy Project that consists of gaining an exploration license and formal agreement with the Aboriginals. Additionally, the company received a positive response from the native population to develop the project for use in nuclear energy.

The Churchrock and Crownpoint Projects

Laramide Resources views its Churchrock and the Crownpoint Project in the US as a single entity. This ISR (In Situ Recovery) project has an NRC (National's civilian use of radioactive materials) permit in the final stages of approval. This process was a part of the 232 American security of supply that was later turned into a uranium reserve by the Trump administration. The company has an NRC license with EnCore which gives it the right to build a process plant at Crownpoint with a 3Mlb capacity.

The company has planned capital expenditure to carry out various studies on-site. This capital will be raised through a potential partnership with the Department of Energy (DoE). In case the grant is unsuccessful, Laramide Resources is looking to initiate the application process for a New Mexico permit along with a groundwater restoration permit. As the previously held permit standard was changed, the company needs to get a higher standard permit for its site.

Laramide Resources' La Jara Mesa is a valuable asset featuring hard rock deposits with 80%-90% permitting in place. The asset was previously permitted twice by Homestake in the 80s. This site suffers from an absence of a mill as the 7 historic hard rock mills in New Mexico were torn down. This site has a strong potential as it features two 100Mlbs legacy hard rock resources.

A part of this deposit belongs to Energy Fuels as a result of a complex land swap before the Churchrock asset was acquired by Laramide Resources. This resulted in the companies swapping a part of Churchrock for Roca Honda. The Roca Honda asset offers a strong potential for scale, ideal for building a 3Mlbs-4Mlbs per annum mill.

The company isn't looking towards building a mill and is seeking alternative options to process its supply. The supply can be trucked from La Jara Mesa to the Blanding mill, however, the distance between the sites is 200 miles. On the other hand, the company's La Sal deposit is a permitted operation located only 55 miles from the Blanding mill.

Laramide Resources is looking for a large enough resource base present under a single structure or a Joint Venture (JV) before opting to build an ISR recovery plant at the Crownpoint asset. The company is seeking a $60 price point for uranium to make this a profitable operation.

Laramide Resources has a current cash flow of $5M. The company refinanced its debt and got rid of the dilution it had undertaken at lower prices. A large part of the company's warrants has been exercised. All the remaining warranty held by the company is backed by capital. The company also has a convertible debt due in 2023.

The company has been able to clear its cap structure and isn't looking for a capital raise in the near term. Combined with a $5M in equity and $12M in warrants, the company is in a strong financial position along with a strong focus on ETFs.

To find out more, go to the Laramide Resources Website