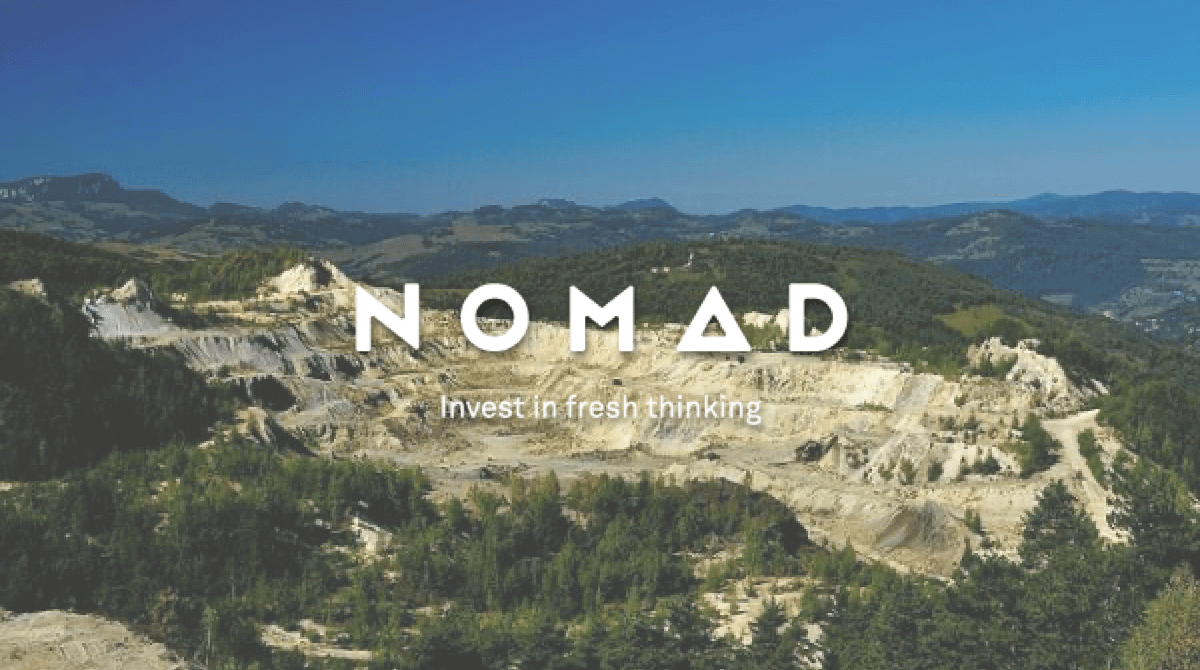 We met with Vincent Metcalfe, CEO of Nomad Royalty Company to discuss their progress, since they started the business less than a year ago, and their plans for the company going forward.

The company is making money every day, but the share price for Nomad Royalty is currently lower than anticipated. We asked why.  It appears the company was under some pressure at the end of 2020 because of the Yamana deal and the tax-loss selling, which created a bit more pressure on the share price than expected.  Despite this the company has a dividend policy and put in place a credit facility that gives them capacity with the cash on the balance sheet of around C$100M to look at bigger deals.

Yamana Gold Situation: Why are They Selling Down?

Yamana originally put in non-core assets, the royalties, up for sale, for US$30M in cash. Nomad Royalty went through the process of buying those assets, with the intention of giving them US$30M in cash on closing. But then Covid happened just when they announced their deal at the end of February, early March.  So, instead of raising UD$25M to US$30M, and paying Yamana that money on close, they were only able to raise US$10M, and gave them US$10M on close.  Yamana still had that line item in their budget for US$30M of cash, so the C$25M of secondary that happened at the end of the 2020, deal with that, and the rest for them is optionality.

So Nomad are now back to where they thought they would be in April, and Yamana is at the same spot, but with a much more de-risked business. Yamana had 13.3% shares prior to the deal, now they have just over 10% if you convert their convertible loan and without the convertible loan, around 7.5%.

There was some tax-loss selling, but Nomad also closed on a lot of different deals during 2020. They acquired Coral Gold which was a big group of shareholders in the US and in Canada. Nomad also completed deals with Troilus and Moss which had a few shareholders attached.  There was also the volatility on the Gold and Silver price and also the US election creating some instability within the market.

With all that is happening in the world right now, it is expected that precious metal prices will remain high in the short to mid-term and that Gold and Silver will see higher long-term prices for years to come. Rising inflation is likely as a result of the pandemic and the best protection for that is to buy Gold assets.

Big Ambitions & Means of Achieving Them

Nomad has the credit facility of US$25M in the bank and they are going to generate cash margins between US$35M and US$40M this year so will have US$50M to US$60M on the balance sheet. The main focus of Nomad at the moment is to bring in new, significant deals which are over US$50M in size. Deals between US$50M and US$250M will be achievable from their group, either on their own or with a partner, depending on the opportunity.  The main focus is near-term cashflow, finding those different sources globally from different countries, different types of operations but always focused on Gold and Silver.

Nomad has US$75M to US$100M in terms of deployed capital as their main goal to show the market they have the knowledge and expertise in project financing or mine expansion deals. Those types of deals will bring more interest from institutional investors. It is also about tailoring certain assets to different partners that are looking for stream-financing.

The team at Nomad has increased to 6 people from 4, since we last spoke in October, with added technical expertise in Vincent Cardin-Tremblay, an experienced geologist. As a royalty and streaming company, it is important for Nomad to have the in-house technical expertise as everything starts and ends with the resource. Nomad plans to keep their focus on cash flow but the main thing that a geologist will add is adding optionality to the different opportunities. The last few Nomad deals have been more on the development front.  Blackwater is a Canadian asset, not in production at the moment, but backed by Artemis Gold.

We saw a large number of new royalty companies and streaming companies hitting the market last year and this sector needs further consolidation. For a company the size of Nomad Royalty, streaming is very important and will be a major focus for them. They have 8 research analysts covering them compared to some of the smaller players, which might find it harder to get that traction.

Why Issue a Dividend so Soon?

Nomad is generating very strong cash flows and has already paid 2 dividends. Some investors invest just on the back of having that dividend and some would rather see it reinvested. Nomad has 6 assets that are producing and 14 under management, they are paying dividends and the management’s been buying back shares. The company started paying dividends at the beginning as they wanted to create that stability and that confidence within the market. That’s a track record that they’d like to build on.  So, over the next 3 to 5 years, they started with a US$0.02 dividend and hopefully, within 5-years they hope to be at a US$0.10 dividend depending on their deals.

Nomad plans to do bigger deals to stand out from their competition.  The most important thing for them is about that per share metric and delivering value.  The company aims to structure a stream this year and is looking for potential streaming opportunities on mine expansions.

Shareholding & Remuneration: When Will They Pay Themselves?

On May 29th it will be 12 months as a business, so the company will see what happens and make some decisions as a team regarding remuneration.  But for the moment, it’s keeping the company as flexible and as lean as possible. They aim to look at listing on the New York Stock Exchange at one point and are likely to consolidate the shares at the same time.

Nomad has a few different projects coming online. When Blyvoor in South Africa starts producing this year, it will be a big catalyst and Nomad hopes it will be one of their top assets within the next 2 to 3 years. Coral is a small acquisition but the potential of that asset growing into something much larger is incredible. There is a sliding scale of royalty that goes up to 2.2% on Robertson which is an extension of Cortez.  Barrick and Newmont have announced that they’re putting that in production within the next 5 years with first production in 2025 and is an asset that Nomad bought before that news came out. So, they have that royalty within the portfolio, with the best operator in the world on their top mining camp in the world, which is very exciting.

We love a royalty story here at Crux Investor so it was great to catch up with Nomad Royalty. The fact that they would rather have shares than cash says a lot and is rare in mining. When we see that it's a huge green flag. We appreciate not all management teams are in a position financially to do so, but when they can its impressive. We will be following this story with interest.

To Find out more, go to the Nomad Royalty website 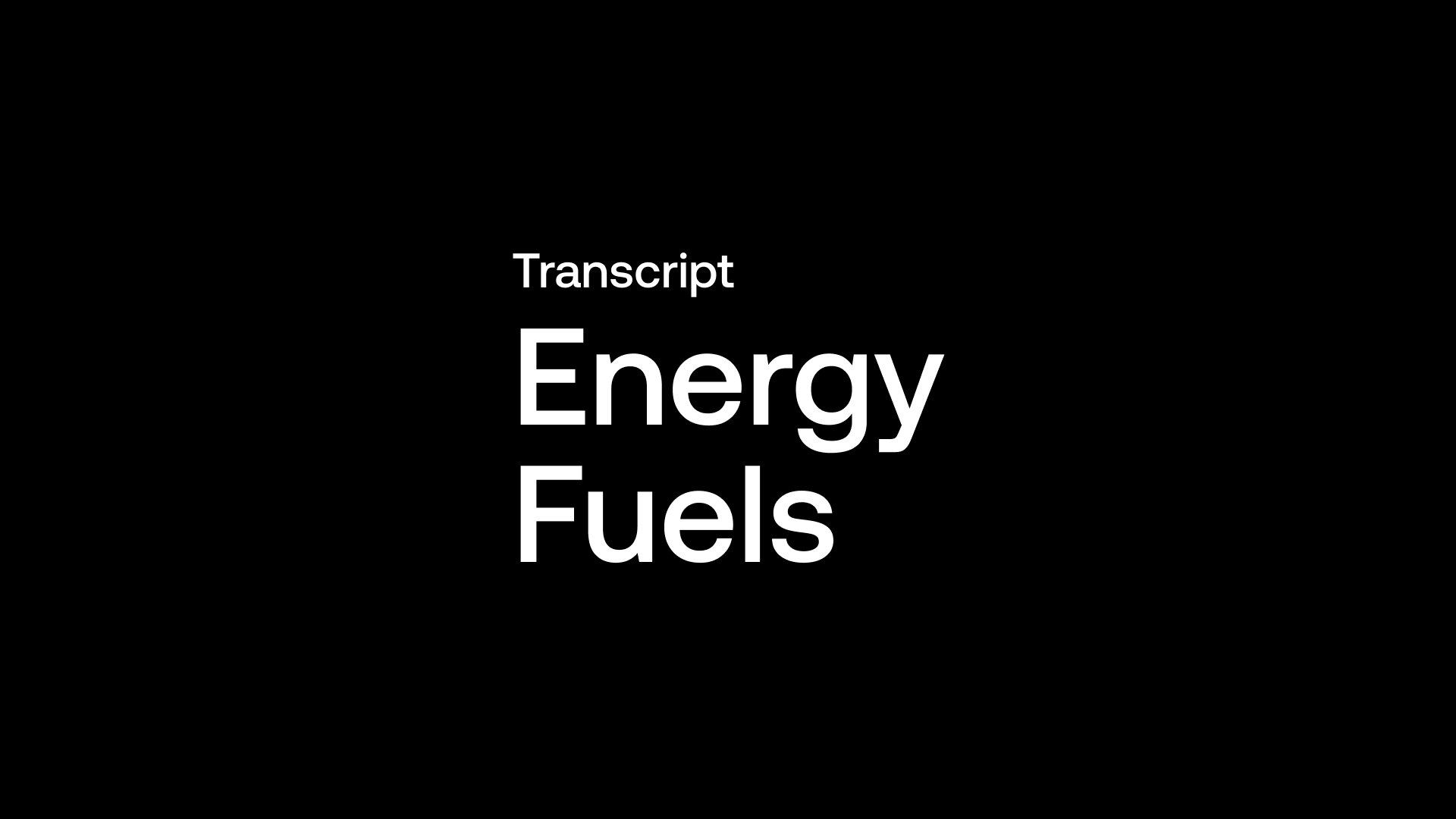 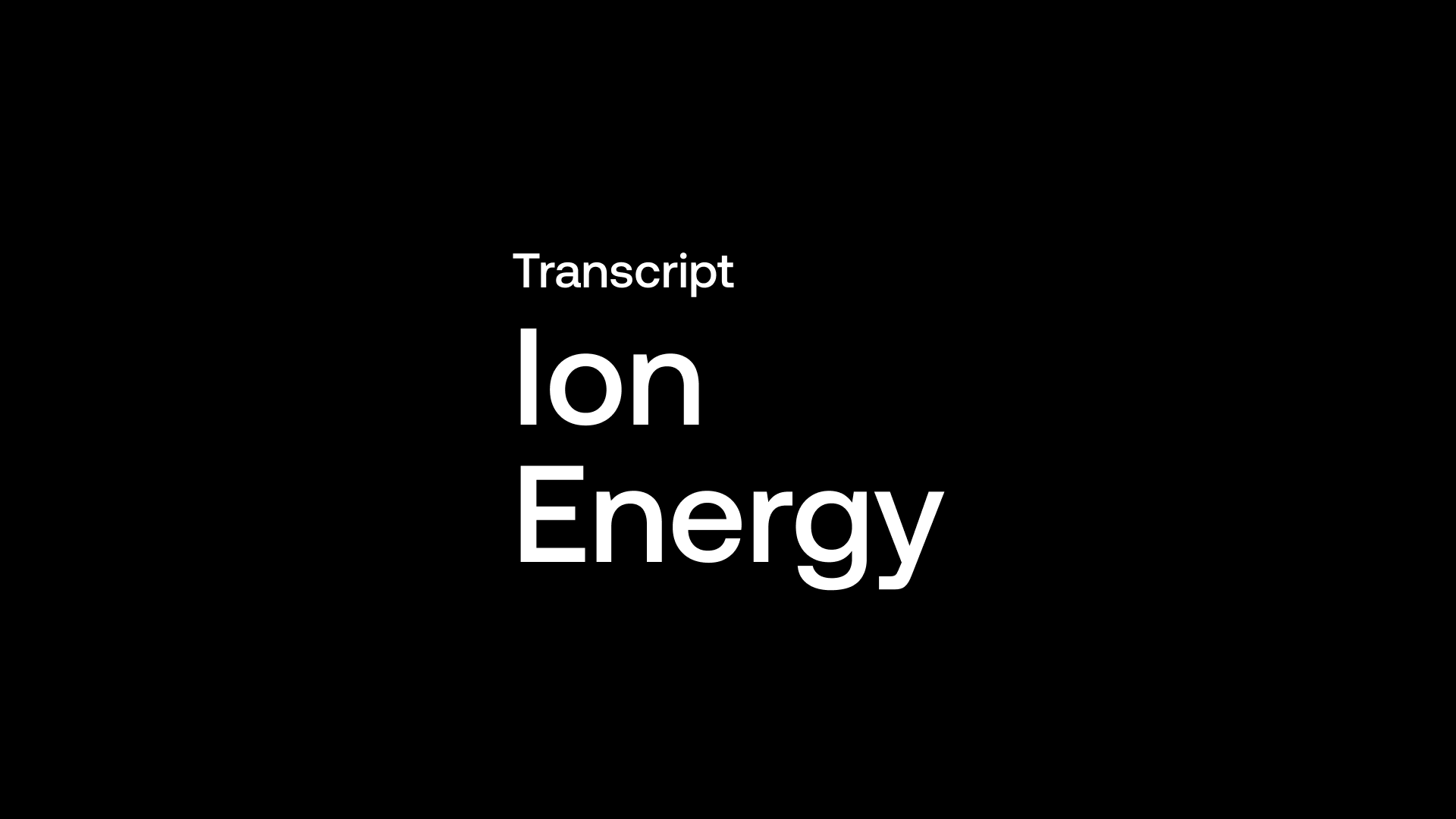 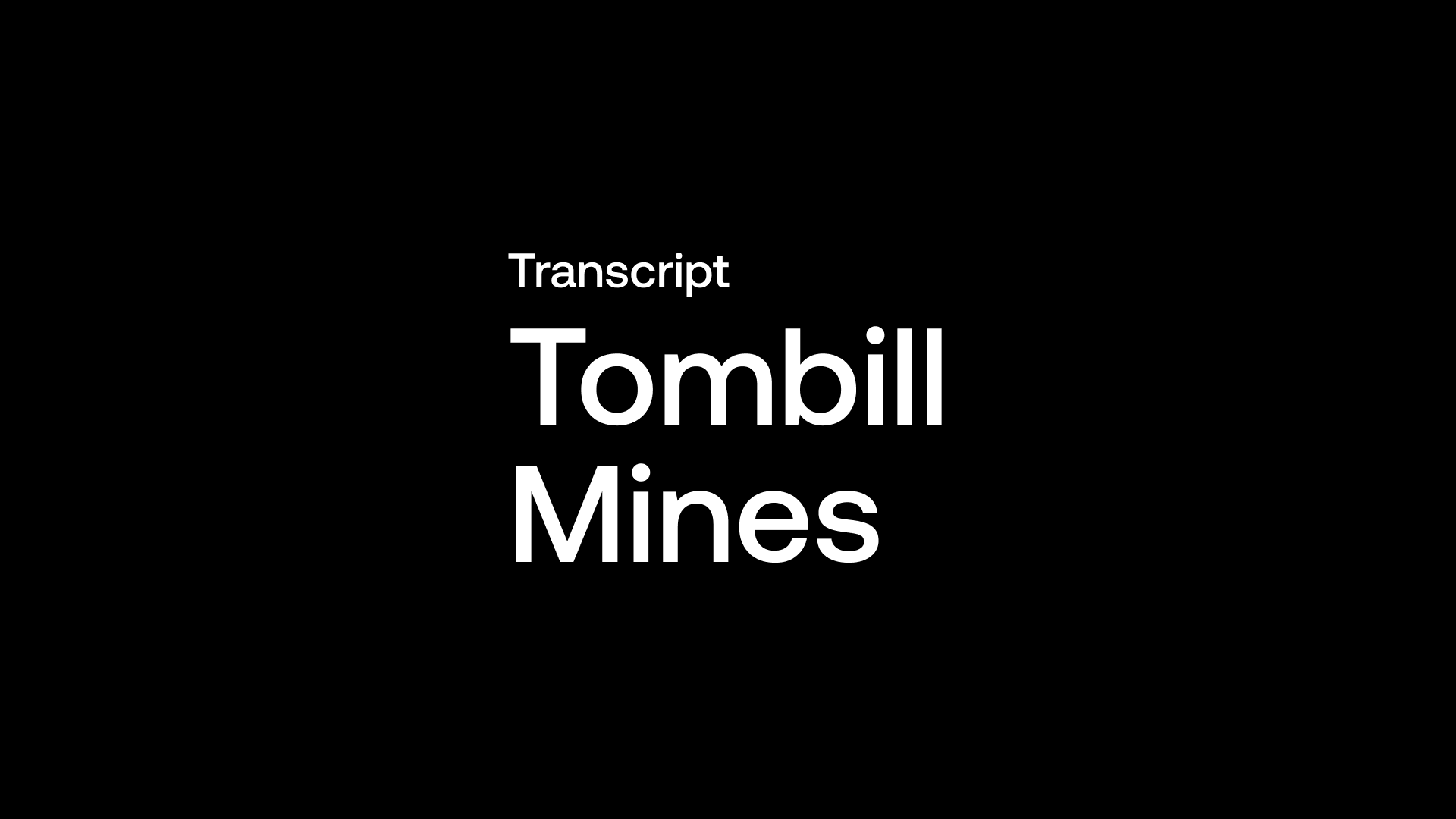 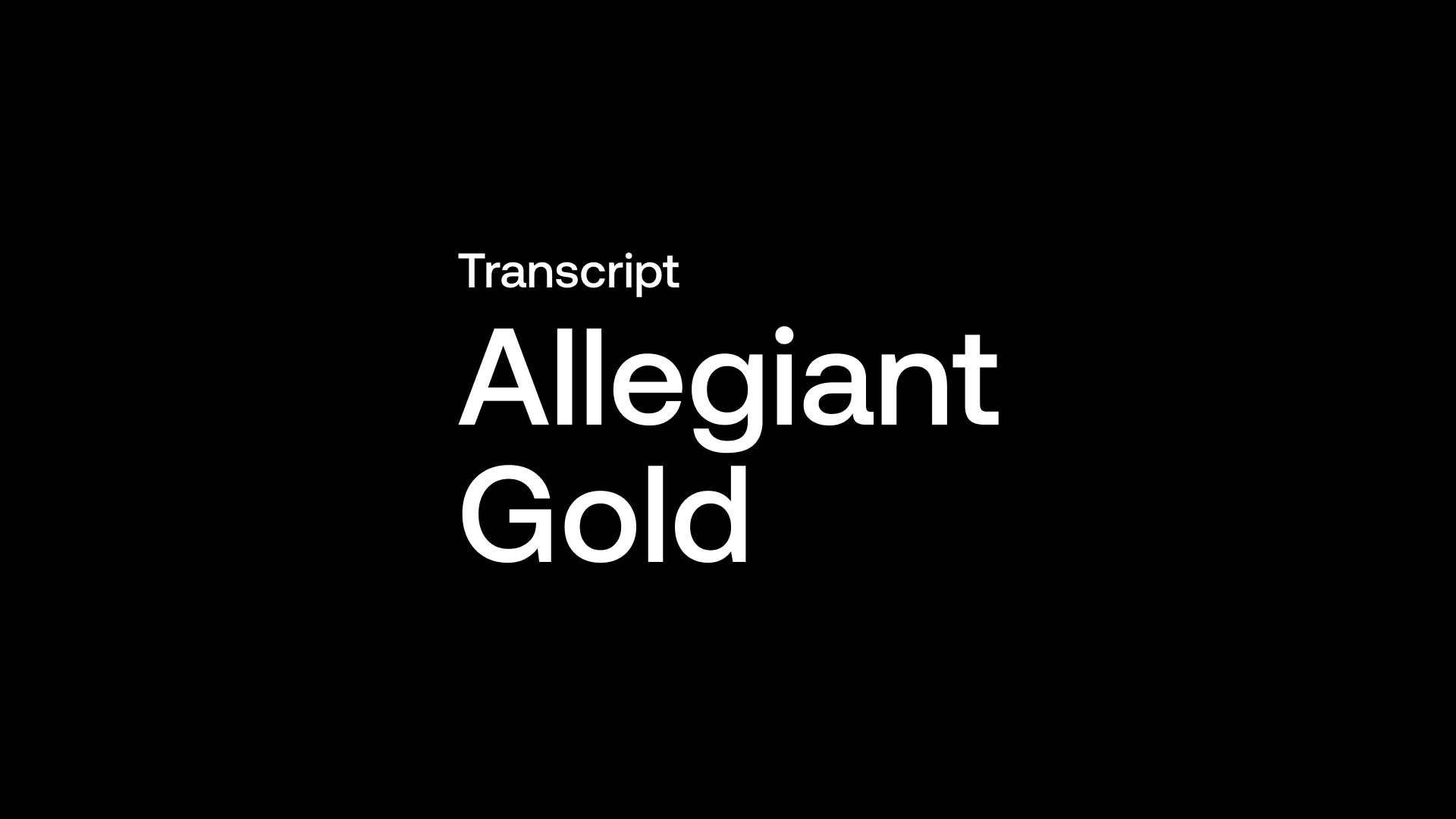