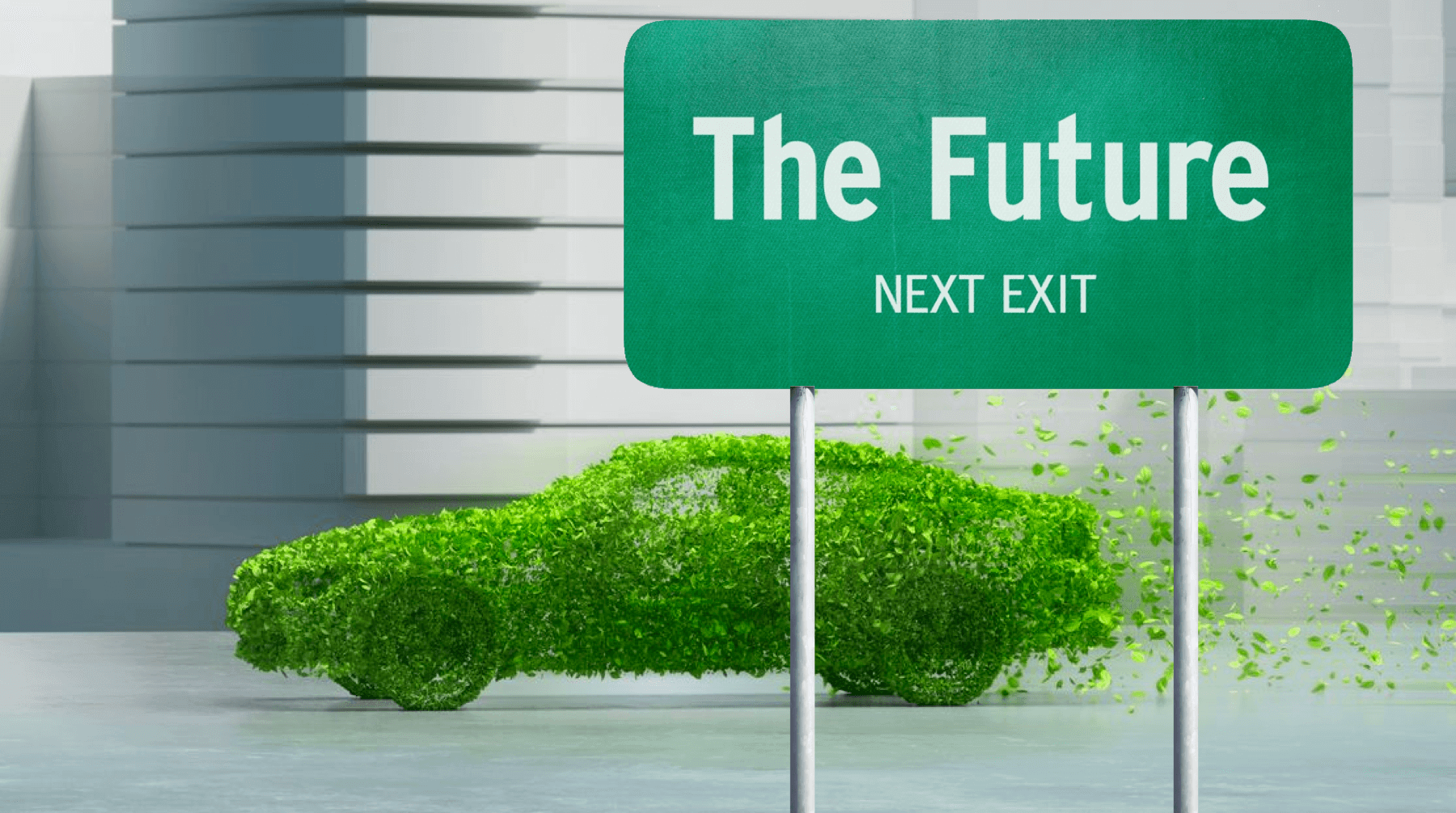 We have complete figures for electric vehicle sales and their impact on battery demand for 2019, partial and projected numbers for 2020, and numbers for 2021 that are projections - or speculations.

At least one thing is certain, the election of Joe Biden to the US presidency will shake up EV sales, jump-start charging station construction, and drive battery technology and battery metals supply-chain concerns.

Biden’s election has already catalysed huge and ambitious automobile company plans, a stimulus for share prices of battery-metals mining companies, and a drive for investments in a US domestic supply chain for an expected boom in battery manufacturing.

To take but one example, analysts believe that sales of gas-powered cars in 2020 to date were driven by President Trump's sharp reduction of emissions standards and extension of their deadlines. Mr Biden has committed to reversing that order, paving the way for EV sales.

To understand prospects for 2021, and what Biden will mean for EVs, we need to look briefly at numbers for 2019 and 2020, with the International Energy Agency’s Global EV Outlook 2020 forming the basis of our analysis.

In 2019, global sales of electric cars, topping 2018 numbers, reached 2.1 million units, boosting the overall numbers of EVs to 7.2 million. A year-on-year increase of 40% with electric cars accounting for 2.6 % of sales and roughly 1% of the global stock.

The IEA believes that ambitious policy announcements had been critical in stimulating the electric-vehicle rollout in major vehicle markets. While initially governments have offered direct subsidies for EVs, a new policy trend has emerged which centres on regulatory measures, such as mandates for zero-emission vehicles and fuel economy.

It seems safe to say that that trend in 2021 will continue in the United States, given Mr. Biden's promises for a “green revolution”.

However, the comparative numbers for electric cars versus gas-powered cars are superficially unimpressive, especially considering that 2019 was a banner year for EVs. A decade ago, there were 17,000 electric cars, by 2019 that figure was 7.2 million (half in China, but with nine countries topping 100,000 each). Electric car sales in 2019 grew 6.0% from 2018, but that did not compare well with the average gains of 30% a year, since 2016.

A final reason was consumer anticipation for a new generation of electric car models for which some buyers may wait. Despite this, many new electric cars in the 2018-19 line-up boasted a battery energy density of 20-100% higher than their pioneering ancestors in 2012.

Over the same 8-year period battery costs decreased by over 85%.

To wrap-up this overview of 2019, automakers had announced plans for the next 5 years to introduce another 200 new electric car models and the highly popular sports utility market will account for many of the new models. Many of which will be available as early as 2021.

2020: Covid and the Vehicle Market

In 2020, the COVID-19 pandemic hit the passenger car market.

From January to April 2020 the market contracted 15% from 2019 levels. Sales of electric passenger and commercial light-duty vehicles, however, managed to sustain their 2019 levels.

Yet, the impact of subsequent waves of the pandemic reaching unprecedented levels of infection (and hospitalization) and a slowing economic recovery, the true impact of 2020 remains to be seen.

Overall, the IEA estimates that 2020 electric cars, as a percentage of global car sales, will hit about 3.0 %.

This is attributed to expectations for China and Europe, which both have national and local subsidy schemes in place. Both have tightened mandates for CO2 emissions and contemplate government "stimulus" measures focused in part on vehicles and their electrification.

These are precisely the steps that US manufacturers and industry analysts now anticipate under the Biden administration.

Any projection of demand for battery technology and battery metals must take into account "electric micro-mobility options," a larger market (in sales if not revenue) than automobiles.

E-scooters, e-bikes, and electric mopeds are used in more than 600 cities in some 50 countries. The estimated current stock is 350 million electric two/three-wheeled vehicles - the majority in China. Alongside 500,000 electrified buses, mostly operating in China, but with other cities such as Santiago, Chile, catching up.

The vast majority of developed and developing nations have implemented policies pertaining to EVs, including:

On few, if any, of these issues has the United States, under President Donald Trump, chosen to be a "global leader."

Many other nations have set official goals for zero carbon emissions, with France being the first to enact its deadline into law.

The United States, under President Trump, in the name of "protecting the US economy", withdrew from the Paris Accords, which sets standards for reducing carbon-emissions and recruits nations to sign-on to them. Mr Biden has quickly moved to reverse this and to take the country back into the Paris Accords, creating a more stable future for EVs.

States Taking Matters into Their Own Hands

However, it is important to note that progress has continued in the governments of the US' 50 states.

As of November 2020, at least 45 states offer incentives to support the deployment of EVs or alternative fuel vehicles. Among legislative incentives that favor electric cars are:

Biden and the Future of EVs

President Biden has explicitly and publicly made commitments to championing EVs and a tackling climate change, pledging to:

These highlights of the changes that the Biden administration contemplates during its first 100 days, and over the next 4 years. This portends a future of explosive growth and change.

The mining industry, in particular, is set to underpin the Biden’ policy for green energy achieved on the tightest possible timetable.

The Future of Battery Materials

In it’s report the IEA states that "the ongoing trend of increasing battery capacity is projected to continue."

By 2030, the yearly global electric vehicle battery capacity is predicted to reach 1.5TWh, up from 170GWh in 2020. However, new policies which favor electric vehicles to a greater degree could push global demand to double that estimate.

Electric cars will be central to the battery market by 2030, accounting for roughly 90% of global demand.

But exactly what materials will be demanded for EV batteries is a matter of speculation, with the answer depending upon the rapidly changing landscape of battery chemistry.

In 2019 the demand for the material used in the batteries of electric vehicles broke down roughly as follows:

By 2030, the IEA predicts these levels, at a minimum, will rise to:

In keeping with these estimates, demand for battery metals will increase, roughly, by 1,000%. This is for what the IEA calls the "stated policy scenario", based on the policies currently in place.

If there were instead a "sustainable development scenario",let us take the liberty of saying "the green ideal", then the IEA estimates for 2030 would be a 1,400%, increase in demand.

The consensus of those most critical and those most favorable to the Biden presidency is that it will seek the "green ideal" on the fastest politically feasible timetable. The Biden transition team has delivered an explosive start from day one to deliver on its promise to bring the US in line with global targets set in Europe and China.

Many efforts are being made to project the impact of these changes on the future of electric vehicles and demand for the batteries that power them.

However, the industry is not waiting.

General Motors, Ford, and Tesla have made multi-billion-dollar commitments to a transition to electric vehicles with new EV car models already released and dozens more in the works.

Meanwhile, Mr Biden has pledged to support all this with government policy and practice. In particular, he has singled out a job that the automobile manufacturers really don't want: the creation of a national infrastructure of public charging stations (an estimated 87,000) for electric vehicles.

These steps alone should boost the ranking of the United States as an EV manufacturer and market, as well as a consumer of battery metals.

These changes should start early in 2021 not only due to Biden administration policies but also their motivational effect on the EV industry.

If the two IEA 2020-2030 projections of growth in battery metals demand (10x on current policy, 14x on "green ideal" policy) are averaged to about 12x growth over the next 10 years, then 2021 could easily see an 80% average increase in demand for the battery metals.

Yet, even if that demand does not entirely materialize in 2021, the anticipation of the demand will drive investment and expansion amongst battery metal miners, to reach future capacities and markets.

The Companies Poised to Make the Most from Electric Vehicles

One element, of course, has been the Biden victory in the November election, given his pledges and promises of a US energy transformation that would include phasing out of gas-powered cars and their replacement by EVs. The truth is that this comes with a raft of additional issues which will also need to be addressed and paid for, such where all the energy comes from to charge these electric engines. A subject for another article...

Other factors, however, have been the sustained growth of the European and Chinese markets for electric cars even during the COVID-19 pandemic. Government policies worldwide, though less in the United States, have prompted enthusiasm for the future of EVs.

In a recent interview with Neometals, we discussed their ongoing transition from mining to material recovery and recycling projects, including expanding their battery recycling presence in Europe.

That presence is being built on partnerships with European companies such as the German SMS Group GmbH, and Scandinavian world leader in vanadium recovery, SSAB.

Prospects for recycling and recovery are driven in part by support from the European Commission of electric vehicle development and the need to ensure a domestic supply chain of critical minerals.

The goal, as elsewhere, is a "decarbonized" economy.  European investment in electric vehicles in 2018-2019 even exceeded China's. Neometals now will go ahead with SMS Group to construct a battery recycling plant in Germany.

Ta Khoa already is an operating underground nickel mine that is served by a high-capacity processing plant. Blackstone also has two Canadian projects, one for cobalt and gold and one for cobalt and nickel, plus three Western Australia projects mining silver, gold, and nickel.

The prospect for Ta Khoa is to meet Asia's demand for lithium-ion batteries. A substantial shareholder in Ta Khoa is EcoPro, Korea's largest cathode manufacturer, which is aiming to scale up to meet booming demand, and requires massive supplies of new raw materials.

Typically of early-stage junior miners, Frontier has encountered problems with capital, but, at the same time, outstanding prospects for the battery metals have attracted unexpected top talent for the company's CEO, Steve Letwin former CEO of IAMGOLD.

The company, founded in 1995, has projects in half-a-dozen other locations in Canada. Like many other mining companies, it saw its share price react to the gold price rise from March to August, doubling from about 15 cents to 33 cents.