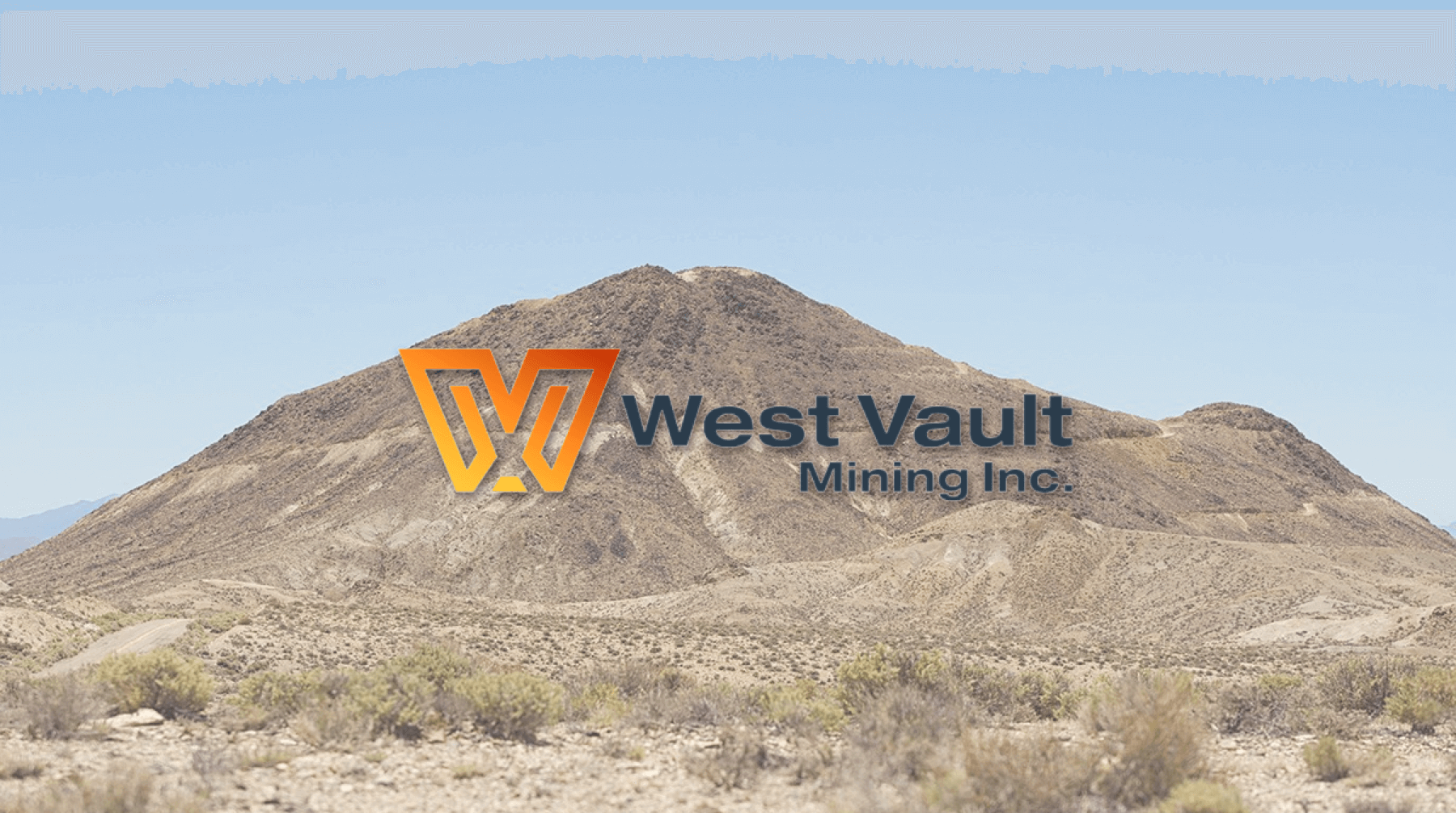 We met with Michael Jones, President & CEO of West Vault Mining which is a new  story for us with an unconventional approach to their mining strategy.

The West Vault Hasbrouck project in Nevada is just under 1Moz of Resource in a reserve that’s ready to go into production. It is a fully-permitted reserve of Gold in 2 pits where investors can inexpensively get exposure to safe, secure Gold in Nevada.

The project was started about 10 years ago when they acquired the property with a company called Allied Nevada. They identified the project as attractive because it literally sticks out of the ground so they bought the property and have taken a number of steps over the years to redo the Feasibility Study work, redo the resource and the mine plan, do all the permitting, buy out the Royalty, consolidate the ownership 100%, and now it's ready to go into production.

West Vault Mining has spent about USD$20M on the project to date, including the purchase and they are confident that the Gold market will turn around. Their shareholders are interesting in that 70% of their stock is owned by their top 5 shareholders and 46% of their stock is owned by the Sun Valley Gold fund, who are very long term, stable believers in the price of Gold, and they believe we will see a new high if the price of Gold over USD$2,000, which is the point at which they plan to put the project into production and return capital to shareholders.

With Gold prices at USD$1,800, the project has a USD$300M NPV5 discount rate after tax and a 92% Internal Rate of Return (IRR). The West Vault Mining shareholders are aiming to maximize the value of their Gold by putting it into production at the right time as Gold establishes that new high and they have quite a different strategy to other junior mining companies.

West Vault Mining has also bought out their private partner Waterton in a very accretive deal they say. They bought it at their market cap rate, so for USD$11M, bought 25% of the project. They have also bought back a Royalty from Newmont in the last couple of weeks, where they effectively cancelled that Royalty and created the equivalent in a Stream, thereby not adjusting the project economics, and sold it to Sprott for USD$7M.

The company has about USD$8M in cash and the other unique feature of this company is that the holding costs of the entire public company, land fees, claim holding fees, public company audit, is all under CAD$2M/year. With their current cash position they can last about 9 years and not issue any shares.

Once in production, the asset is expected to produce 70,000oz/year on average, producing for 8 years, totalling about 560,000oz recovered. This is not including the ‘Hill of Gold’, which is a deposit they have just bought the rights to and adds another 40,000oz in non-compliant resource. The Hill of Gold deposit goes right onto the 3 Hills pad, which is fully permitted and right next door so could add another USD$30M-$40M worth of profit.

Means for Growth: Development of an Unconventional Approach

West Vault Mining has an unconventional approach and is being very conservative. They have a reserve of Gold and have spent money previously on exploration, so are unique in that they're the only junior Gold company that's ever going to admit that there isn't massive exploration potential there. They do see potential in the root of the Hasbrouck pit, but won't actually be there for 8 years as it's very expensive to drill that from the surface because it's the root right underneath the Hill of Gold that they're going to mine. They will wait until they're closer to it and can get at it from the pit.

There is clearly a disconnect between the share price and the real value in the company as the market doesn’t understand the unique direction of the company. They have some work to do to find those investors that want to look for value in Gold.  Liquidity is always important to investors and it's important to achieve a multiple which is something that West Vault Mining needs to work on. It is a conservative company with quite a different story to many others but they now need to tell the story to get some increased liquidity.

West Vault Mining has been approached many times for a potential merger or M&A deal. There's a lot of structural impediments to the M&A idea but if a potential partner is focused on real value then it could be a possibility. West Vault Mining is yet to find a fully-permitted project with a better than 92% IRR that's trading at 0.2x NAV and if they find one of those, they will be keen on an M&A deal.

They are currently spending some money on the Hill of Gold project by permitting it, which is  an addition to the permits they already have. The full project and the NAV numbers are fully permitted but adding Hill of Gold on to the 3 Hills pad requires an amendment of the 3 Hills permit and requires a mining permit at Hill of Gold. That work is being done at the moment and is straightforward engineering in terms of metallurgical test work and pit design.

There is also some exploration potential immediately north of that pit but they're not doing that work at the moment. They will do the engineering work to ensure the value when they turn the 3 Hills mine on, but have a very conservative, value focused strategy.

Views on Market & Timing: Any Doubts for the Plan?

West Vault Mining has no doubts in their plan as a Gold investment. They are doing what the shareholders want them to do by conserving value and Gold and the business. The Gold is safe and it's high margin, costing $700/oz to produce so whether Gold is at $1,800 or $2,000, it doesn't matter except the money that it puts in your pocket. The capital cost is USD$47M to build it, assuming there is some debt leverage on it.

What Type of Investor Could be Interested in this Company?

West Vault Mining will now be going out and telling this story to the market, which is fantastic. They have some solid investors and are trying to appeal to the type of investor that believes in the price of Gold and have a medium to long term view with the patience to work through and take advantage of cyclical changes.

As Gold starts to move, the company believes that their project will come into focus very quickly. They have completed all the engineering work on detailed cost estimates, detailed charts so when they decide to go, the project will go as it is a simple Heap Leach operation with reasonably low capex.

We are fascinated by the West Vault Mining story and want to see how it plays out because it's refreshingly honest and to the point. We haven’t heard anyone employ this strategy before so are intrigued in the outcome. We look forward to following the story and the news flow from the company going forward.

To find out more, got to  the West Vault Mining Website