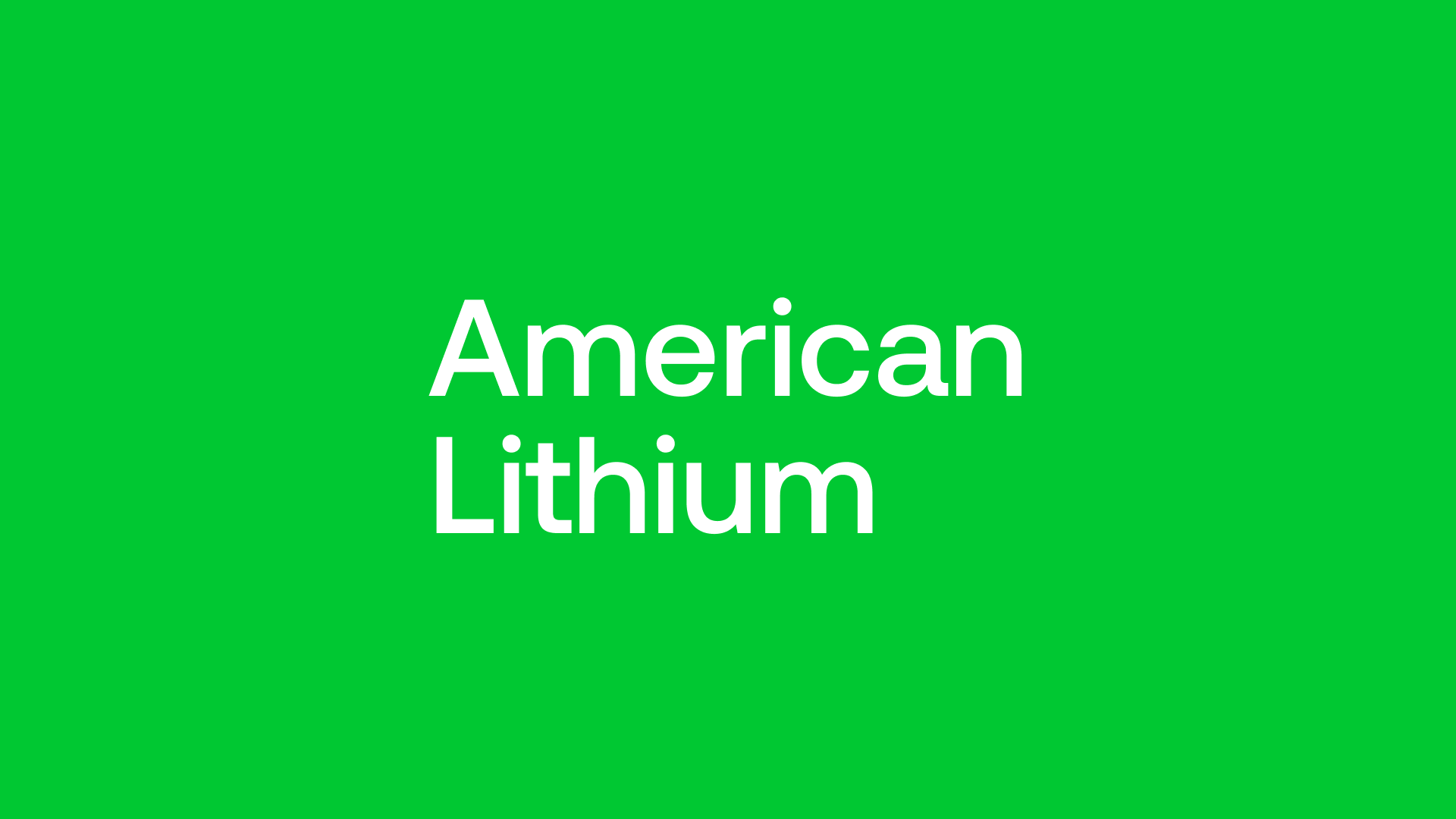 American Lithium Corp. is developing world-class lithium projects in the Americas and also has one of the largest underdeveloped uranium projects globally. The company has a near-term focus on mining-friendly jurisdictions and has an advantage when it comes to geographic and geological diversity in the development of world-class, scalable projects.

Matt Gordon caught up with Simon Clarke, CEO, and Director, American Lithium. Simon has over 25 years of experience in building companies, capital markets, and growth strategies in the mining, energy, and energy technology sectors. He is the founder and former CEO at M2 Cobalt Corp. His educational credentials include an LLB and Diploma in Legal Practice from Aberdeen University, Scotland.

American Lithium (formerly known as Menika Mining Ltd.) is a mining and exploration company focused on the development of its world-class lithium projects located in the Americas. The company is listed on the Toronto Stock Exchange (TSX-V: LI), the OTC Markets (OTCQX: LIACF), and the Frankfurt Stock Exchange. (FSE: 5LA1). The company was founded in 1974 and is headquartered in Vancouver, Canada. Lillooet Mining Ltd. Exploraciones Macusani S.A.C, Minergia S.A.C, and Big Smoky Holdings Corp. are the company's subsidiaries.

The company is focused on 2 jurisdictions with large development lithium projects in Nevada and Peru. It has the world's 5th largest underdeveloped uranium project in Peru.

American Lithium acquired Plateau Energy Metals Inc. in May 2021. This deal added lithium and uranium assets to its portfolio. This acquisition also brought Plateau's strong technical team on board. The team has previously developed the Falchani Lithium Project and its expertise will be utilized at Nevada to attain a battery-grade lithium supply.

As part of the deal, the company also acquired the Macusani Uranium Project, the world's 5th largest underdeveloped uranium resource. The company is looking to build further value for this project in the short term. It is looking to establish a separate team to operate the uranium company which is expected to provide a better valuation for the asset.

Following the acquisition, American Lithium has received interest from multiple entities for its uranium asset. This is a result of major announcements in the utility market including the establishment of the Sprott Physical Uranium Trust (SPUT).

Plateau Energy Metals carried out a robust PEA (Preliminary Economic Assessment) along with a pre-tax IRR (Internal Rate of Return) at 48% in 2016. This PEA was done with an average uranium pricing of $50/lb. American Lithium is confident that this project will average out into an even stronger PEA.

Cameco carried out pre-concentration work at the Macusani project in the past, the asset was evaluated at $125M. This pre-concentration work consisted of reducing the mass to 88%, resulting in doubling the grades. Instead of offloading the asset, the company is looking to develop it as a separate vehicle as it is expected to grow in value. The company has instilled confidence in the existing Macusani technical team and has enabled them to develop the uranium asset further.

American Lithium is looking to reinstate the PEA and explore extension drilling targets. The average grades on the surface are 2% uranium. The company is looking to unlock the value of this project as a separate vehicle with a strong management team.

The company plans to retain the technical team as they have contributed to the speed at which the Nevada project is evolving in terms of engineering work and optimization. The team's expertise has been invaluable to advance the Falchani project and achieve battery-grade supply. The company also believes that the team can add significant value to the uranium asset.

American Lithium is currently working on the optimization of the lithium extraction process at the TLC project in Nevada. One way to achieve high recovery and extraction rates is to utilize a sulphuric acid process. However, the company is looking towards roasting in favor of minimizing the environmental impact. The roasting method of extracting lithium leads to a lot of impurities, though the leftover silica can be used for backfilling.

This change in the extraction process will facilitate the permitting of the project as it minimizes the environmental impact and tailings management. It also removes the need for a large acid plant. The extraction can be carried out using a roaster resulting in a lower CapEx (Capital Expenditure). Switching the extraction process also enables the company to drive a robust PEA, which is scheduled for Q1 2022.

A challenge with the roasting process is the procurement of natural gas which is located 60 miles from the site. However, the company is comfortable with a slight increase in OpEx (Operating Expenses) in favor of an operation that has a significantly lower carbon footprint. This benefits the company on the ESG (Environmental, Social, and Governance) norms along with the permitting process in Nevada. Lastly, an ESG-compliant operation will fetch an environmental premium in case of a future M&A.

American Lithium has observed a return to normalcy following the elections in Peru. The company is working towards community engagement and has the required approvals and infrastructure in place to advance the project.

Company representatives had a meeting with the Peruvian President in New York recently over its lithium asset. The conversation highlighted that the Peruvian administration is keen on lithium development in the country. The company received assurance to re-launch the Falchani Project.

American Lithium is planning to commence drilling operations at the site and is looking to enter production at the earliest. The company's interests are aligned with the elected party as it seeks to support the local communities through job availability and by processing the lithium supply within the country to provide maximum benefit to the Peruvian population. These discussions have helped instill renewed confidence in American Lithium to launch the next phase of development at the Falchani Lithium Project.

The company is looking to include cesium and potash deposits in the upcoming PEA from both the Ganfeng and Falchani sites. As potash is traditionally imported into Peru, generating a supply will help extend the resource and add significant inferred supply to the M&I (Measured and Indicated) category. The company is looking to move towards a PFS (Preliminary Feasibility Study) immediately following an updated PEA.

American Lithium had multiple warrants due to expire, bringing its cash flow to CAD$17M. The company plans to aggressively advance all existing projects and is looking to raise capital in the near future to carry out operations for the next 2-3 years.

The company currently has funds to continue operations in 2022. It also has additional funds, warrants, and options due in the coming months which will add another $12M into the treasury. This will bring the company's outstanding cash flow within a $25M-$30M range.

American Lithium is cautious against the over-dilution of the company and has aligned itself with the shareholders to provide returns through equity appreciation, a potential sale of assets, and advancement of projects into production.

To find out more, go to the American Lithium Website