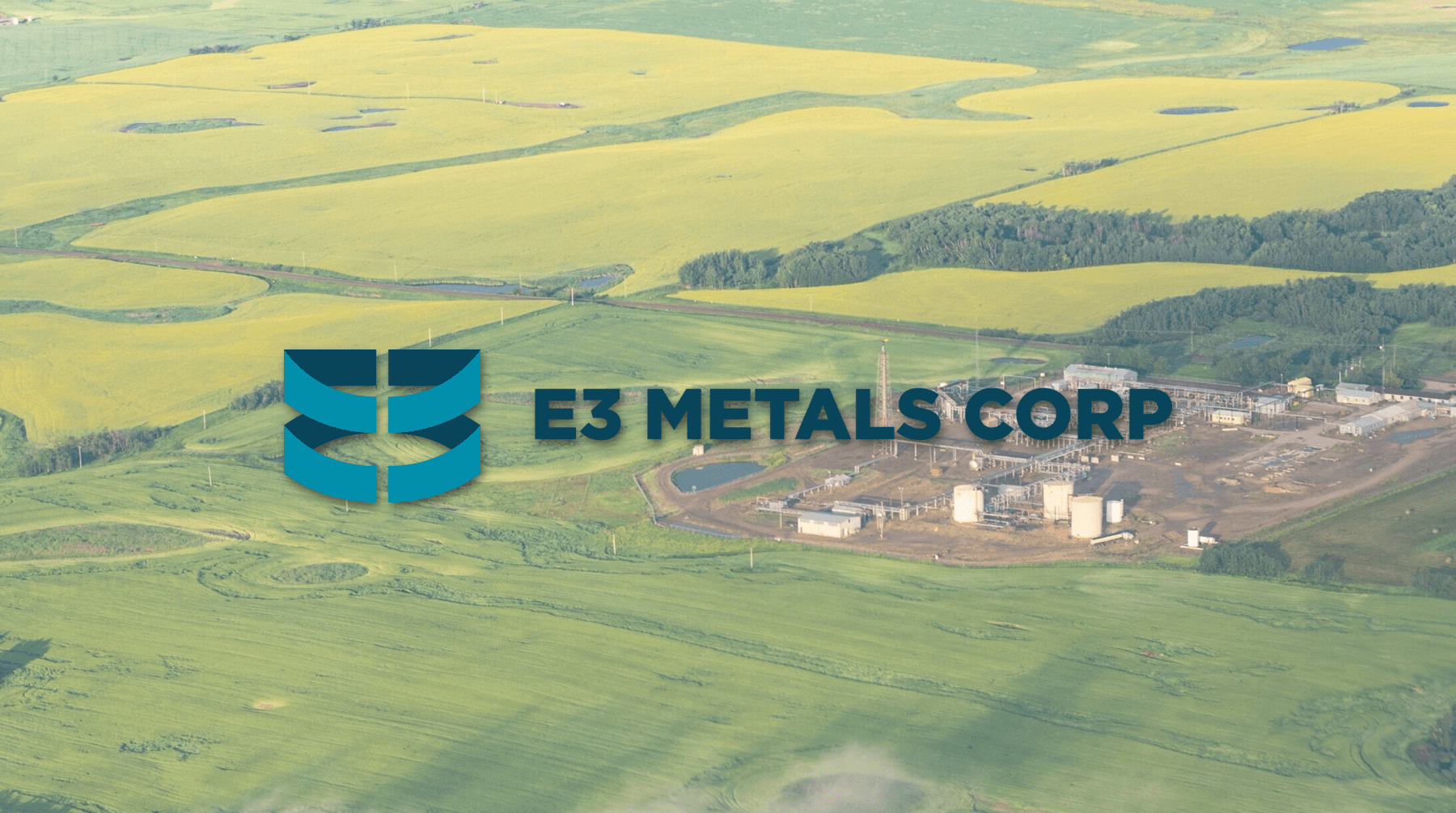 E3 Metals is a lithium company. Their goal is to produce battery quality lithium products to power the growing electrical revolution. Based in Alberta, USA, they are developing a project on the backbone of the mature and sophisticated oil industry that will allow E3 Metals to catapult its development.

E3 Metals combines a significant resource and a well established local industry with their own proprietary Direct Lithium Extraction (DLE) technology that has the potential to deliver lithium to market in one of the best jurisdictions in the world.

We met with Chris Doornbos, President & CEO of E3 Metals to hear their story for the first time.

E3 Metals is a Lithium development company based in Alberta, just north of Calgary.  They have one of the world’s largest Lithium resources and are developing a (DLE) Direct Lithium Extraction process methodology as well. They have recently put out a PEA that outlined about 20,000t, with a value of CAD$820M after tax and that is just the starting point of the project. Long term, they’re aiming to produce Zero-Carbon Lithium products.

Lithium has been on a bit of a run for the last 3 or 4-months and the E3 Metals’ share price has followed suit, now up about 4 times since Dec 2020. The recent release of the PEA has put them into the group of Lithium companies that are on the path to Lithium production. E3 Metals are now accelerating towards production and the share price is catching up with their progress.

Direct Lithium Extraction (DLE): What is it, How it Works, & Who's Using it

Direct Lithium Extraction is the process of removing the Lithium from lithium brine directly, with no evaporation and no mining involved. DLE is a chemical process that is engineered for purity, and therefore needs to remove 99% of impurities from to the brine produce a concentrate. Purity is the highest importance if the Lithium is to be sold into the battery market, rather than the industrial Lithium market.

E3 Metals remove 99% of the impurities in a single step and they also concentrate it. Time, value, and money are very important and the DLE reaction takes less than 15-minutes, and are able to produce a product within the day rather than, in the salars for example, 12 to 24-months.

DLE is a very simple Ion Exchange process. It is a new process for Lithium and the technology has taken time to perfect. The technology is now becoming a lot more common with several companies developing a similar process which adds confidence for investors, and also the process itself is more understood.

The leader in new project DLE extraction is Standard Lithium, which is piloting their process in Arkansas.  Big companies like Livent have been using a version of DLE for a long time.

E3 Metals has just opened up a facility in Calgary to design and build the pilot plant which is a common liquid-solid separation processing methodology. They are building the team and the pilot this year to demonstrate the process at scale. Because the process of DLE and Ion-Exchange is fairly straightforward, it scales up very linearly. E3 Metals estimate costs of between CAD$3M - CAD$4M to build and operate the pilot which is for one tank. Thereafter it is a very modular affair, requiring the company to just keep adding tanks.

Team Experience & Deal With Livent: Why Did They Opt Out?

E3 Metals has their own technical team which was built through the engagement with Livent. They did a deal with Livent that brought in their expertise and capital to the project, and they helped them to de-risk demonstrating the DLE technology. Livent exited in late November due to their own capital  and staffing constraints with their new project in Nemaska. In the meantime, E3 Metals has developed their own skillset. They have their own technical people, a team of people who are operating the facility in Calgary and want to build the pilot plant. E3 Metals has just completed an aggregate total of about CAD$14.5M of fundraising over the past 4-months.

E3 Metals is talking to some other strategic partners to help them build the project and advance the DLE technology. The next question will be financing the project and finding CAD$600M to do so. Having an ESG component to the story will help find the funding. The goal is to get the Pre-Feasibility Study (PFS) out within the next 12 months and then start shopping the project around for funding.

The expectation is that the product will be sold as pre-sold off-take agreements as the short-term demand-supply issues are likely to happen by the time their project comes on stream. The off-take agreements with the major purchasers will be advantageous for E3 as will assist in the CAPEX funding discussions.

E3 Metals now has CAD$250M market cap which will grow as they get closer to production. That will increase their ability to raise larger capital on the market to fill the gap and then add a strategic partner with an off-take agreement with secure purchasing of the product which demonstrates that they have a long-term purchaser. Once the Pre-Feasibility document is available they will be out trying to secure funding.

Differentiation & Competition: Views on the Market

The project will start at 20,000t but as the market continues to need more Lithium, they aspire to expand to close to 150,000t.

The company plans to put out the (LCA) Life Cycle Analysis, which is a document that demonstrates how ‘green’ the company will be. The most important aspect of this document for E3 Metals is to reduce the Carbon footprint which is not just what comes out of the exhaust pipe, it is also what goes into the product. The project sits near an 80Mw Windfarm which will be backed up with a Natural Gas power generation facility, Natural Gas is plentiful in Alberta. Exhaust Gas from the Gas-fired Power Plant is 3% CO2 and E3 metals sequester that CO2 by compressing it into their waste stream. This is not new technology as it is already in operation in Alberta today.

The fact that E3 Metals use Direct Lithium Extraction, means they don’t have tailings and everything is very small and compact and uses a very small surface footprint. Another avenue is that they don’t use freshwater and are actually a net producer of freshwater. They use a crystalliser to crystallise out Lithium Hydroxide which produces a clean water stream which they can provide to agriculture, ranching and the local community. The company goal is to reduce the footprint to Zero-Carbon and why they have some confidence that they’ll be able to attract funding using the environmental angle.

Potential to Sell the Technology

E3 Metals will produce Lithium Hydroxide as the end product, but they also have potential to sell the technology. One of the benefits of having that technology all in-house is that they can test and develop other people’s brines. They will be able to use an inner lab version of the pilot to test their own brine, but also other companies’ brine which could generate additional revenue for the company. There will be competition for this and it is non-core.

2021 is going to be the biggest year yet for E3 Metals. Now that they are fully funded to go all the way to Pre-Feasibility Study without having to go back to the market means that they are in a good position to accomplish their goals.

It was great to have a run through of the E3 Metals story, as we haven’t spoken to the company before. It is an important phase of development for E3 Metals and should be an exciting year ahead.

To find out more, go to E3 Metals' Website. 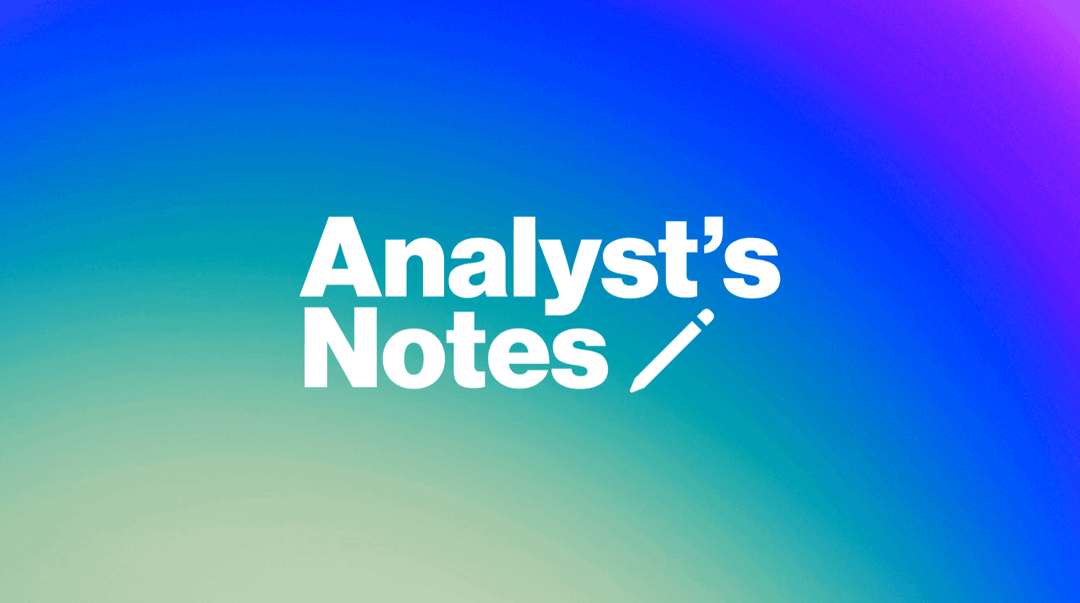 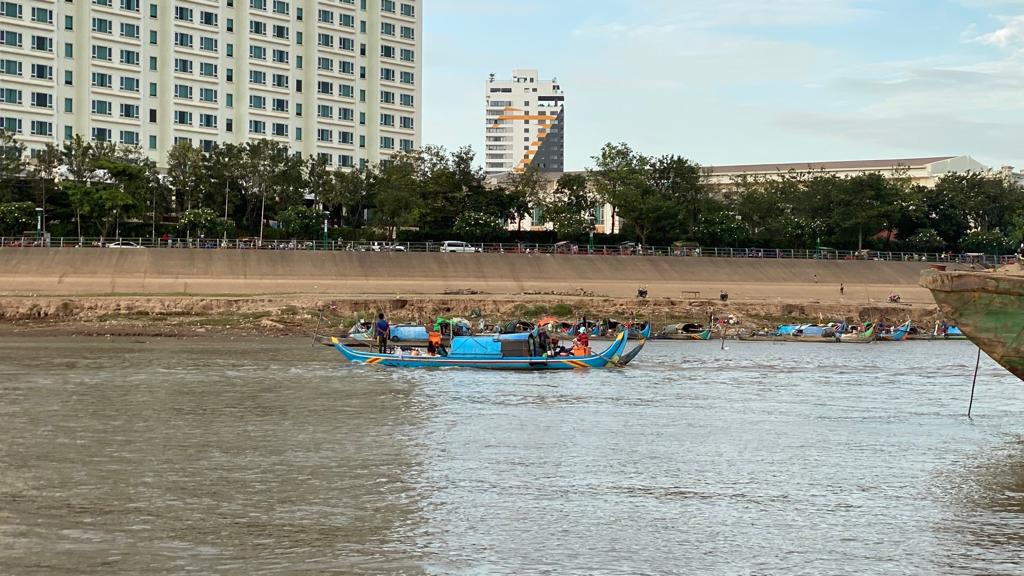 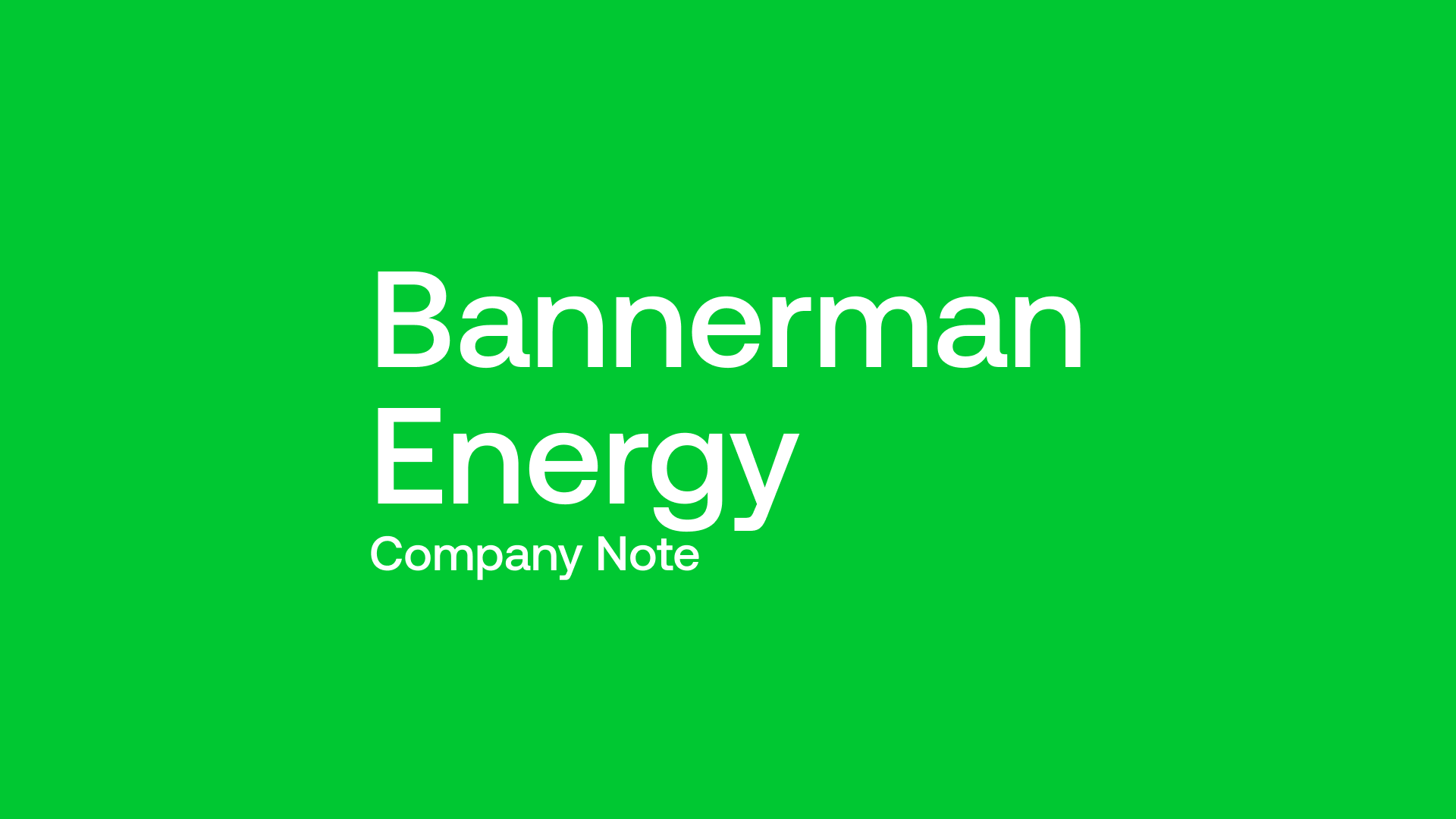