Is Your Investment Lying About the Cost of Underground Mining? 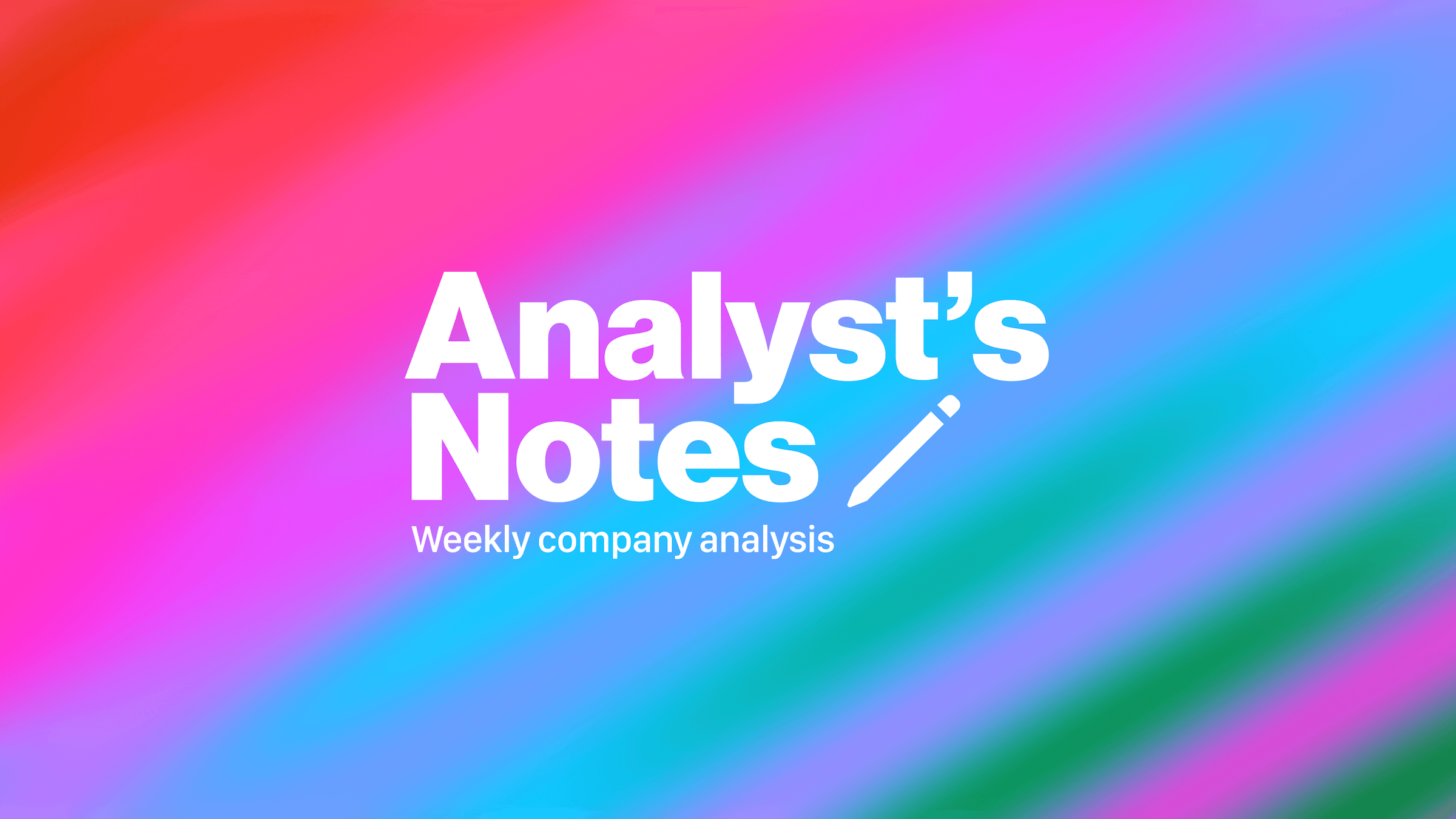 We are committed to helping investors come to grips with the resources sector and learn how to interpret news releases made by companies. In these Analyst’s Notes we illustrate how news from companies affects the investment case for the stock, and how it can affect peers as well. The topics are selected based on what the analysts think is both relevant and informative to you, the investor.

Before making comments, please ensure you have read the whole article and the FAQs at the bottom.

This week, we have chosen to focus on the real costs of running an underground mines.

On 22 February 2021 we published an article arguing that cash cost per ounce sold and all-inclusive sustaining cost (“AISC”) per ounce are meaningless and misleading metrics when evaluating a mining company (Analyst's Notes: Did You Know That This Popular Investing Criterion is Actually Meaningless?)

From this the cash cost per ounce can be readily calculated even by a lay person. If you want to measure on a per ounce basis, that is… we note that if you really want to review management teams on a like-for-like basis, it is safer to use a per tonne measure.

The danger of per ounce metrics (whether cash cost or AISC) is that so much depends on the feed grade of the ore. If you want to assess the operational performance of a company, based on factors that it can control then it is better to use a per tonne analysis. The average feed grade of the deposit is not within the control of the company, but productivity IS within the control of the company.  Measuring operational performance based on mining, processing and G&A unit rates is particularly relevant as these are very much determined by overall productivity and especially the productivity per employee.

We know that good grade covers a multitude of sins. Calculating on a per ounce basis introduces inefficiencies and can hide management performance (whether it be good or bad performance).

Once you know how much the actual costs of underground mining, it will help inform your assumptions for any unbuilt deposit. You, the investor, will be able to say to a mining CEO… 'hang on, we know that underground mines in Canada actually cost this much to run.' The analysis we do in our report develops useful benchmarks on which to rely when doing economic assessments.

In summary this note aims to provide the following:

Operating costs are highly determined by the mining method being used and the jurisdiction. For this report we chose a sample group that is large enough to give a representative picture of at least a part of the industry, and has relevance for retail investors and mining companies alike. We chose a group of companies mining narrow gold deposits underground, mostly on the TSX, with one (Evolution Mining) on the ASX and one (Hecla) on the NYSE.

The market capitalisation of the companies ranges from C$1.8 B (Iamgold) to C$17.7 B (Agnico Eagle), but all of the companies publish information about their operations, which enables us to carry out the analysis. Narrow vein gold mines in Canada are numerous and generally use the same mining technique, being a variation of long-hole stoping, which is a relatively productive and low-cost underground mining technique. Some in the sample group mine using the cut-and-fill method, which is a lower productivity method, more expensive on a per tonne basis but which incurs less dilution and allows for greater selectivity. It is typically used for narrower, higher grade deposits, in this sample group the highest grade deposit uses cut-and-fill.

$ for 2018 before geotechnical problems curtailed production

Table 1 shows that the sample group’s gold production is generally in the same order of magnitude, but at very different plant feed grades, ranging from 2.08 g/t Au at Young Davidson to 18.63 g/t Au at Macassa. Most of the operations rely on longhole open stoping, at times combining longitudinal and transverse versions when the mining width varies significantly. Some operations have other mining techniques, but these are small contributors to the overall total. At Macassa Cut-and-Fill is the dominant mining method as the dip of the deposit is usually not steep enough for longhole open stoping. The Casa Berardi mine has an important open pit component.

The table on its own does not reveal much, except that the financial performance varied greatly and certain mines could not even generate decent positive cash flow, despite excellent gold prices in 2020.

It was our original intention to determine the cost rates as a function of the average mining width. However, it proved impossible to obtain reliable information on this from the documentation distributed by the mining companies. Instead, we generated a chart (Figure 1) by plotting operating cost as a function of annual treatment rate.  The treatment rate is a good proxy for mining width as the productivity of a longhole open stope is very much related to the width of the stope.

The diagram shows exponential relations for both the operating expenses (“opex”) and capital expenses (“capex”) as a function of the treatment rate.

The highest rates for both opex and capex both relate to Macassa. This could be caused by having to employ mostly cut-and-fill mining instead of longhole open stoping.  However, it also could be caused by operational complacency from managing a mine with very high grade, generating excellent net free cash flow despite the cost base. Could this be a case of grade covering a multitude of sins? High grade certainly helps with margins.

The two highest data points are for Macassa and are clear outliers, not properly accounted for by the two relationships of cost to treatment rate shown by the operations.  Another outlier is the very low capex rate which is associated with Westwood with was an operation winding down in 2018 because of severe geotechnical problems and currently on care and maintenance.  One could argue, it should not have been included in the analysis, but its contribution to the opex relationship, which is less influenced by being a mine in closure mode, is still useful.

Figure 2 was drawn up to again show that grade is king when it comes to mining. The net free cash margin before financing activities, being revenue – opex – capex, is shown as a function of feed grade.

The data points form a clear relationship except for the outlier to the far right which is associated with Macassa.  Excluding Macassa, the relationship can be expressed by the formula (when the intercept is forced such that the curve cuts the X-axis mid-way through the data points with approximately nil cash margin):

Based on this relationship one can conclude that underground mines in Canada have little likelihood of being materially cash generative at a feed grade of 4 g/t Au.

It should be noted that the data points with very little net free cash flow are associated with the Davidson Young, Holt Complex and Westwood, the latter two on care and maintenance. Young Davidson management admirably squeezes the best out of the cards they have been dealt.

How the Industry Misses a Trick

Under the Introduction section of this report we pointed out how the companies miss a trick by emphasising metrics that do not focus management’s attention on what they can directly control. With a dearth of information that can be used as benchmarks when undertaking economic assessments of new projects, there is much risk of using inappropriate rates.

Table 3 compares the operating expenses (“opex”) plus sustaining capital expenses (“capex”) per tonne milled as forecast in the latest available technical reports and actuals for 2020 as per the company’s management analysis and discussion (“MDA”) reports.  Crux Investor prefers to use the sum of opex and sustaining capex for comparison and not the individual components as there might have been reallocations between the two after completion of the studies.

The coloured / highlighted cells show the companies that may well fit poorly for this analysis with LaRonde’s technical study badly outdated and Westwood data coming just before closure.

Macassa again stands out badly being an outlier with an actual rate of US$752/t compared to a forecast rate of US$356/t. This cannot be explained by the company using a different mining method to the others, but rather management having a poor understanding of the true cost of cut-and-fill mining methods.

The relationship in the graph shows that, on average, actual (opex + sustaining capex) cost rates are 29% higher than forecast.  There are three operations that fall clearly below the regression line: Westwood, Red Lake and Island Gold.  The first probably benefited from negligible capital expenditure with the mine being placed on care and maintenance soon thereafter, Red Lake from a new Australian operator taking over from Goldcorp and cutting costs.  Ominously, when leaving out these three companies the relationship severely worsens to actual (opex + sustaining capex) being 87% higher than forecast.

We draw the following broad-brush conclusions from this analysis:

FAQs
Anything to disclose?

No one at Crux Investor holds, or shorts any of the companies mentioned in this article. No one has paid us to write this. No one has an ‘axe to grind’ and it’s not a hit piece. It is part of a learning series of analyst notes to help investors ask the right questions about the companies that they invest in.
Who even are the Analysts?

Our two lead analysts have worked for over 60 years in Tier One and mid-tiers miners as exploration and mine geologists, geo-chemists. They have both also held senior management and C Suite positions providing them experience in the evaluation of mining projects, feasibility study management, financial modelling, investment development and technical evaluations. This will hopefully bring investors clear and impartial analysis to help with their investing thought process.
What's your motive?

Our purpose is to cut through a lot of the jargon, bias and bluster that is prevalent in this sector and hone-in on the most important factors that can indicate whether a company has a strong footing for growth and success. We believe that the perspective of industry veterans can be a helpful resource to inform your knowledge.
What's your motive? 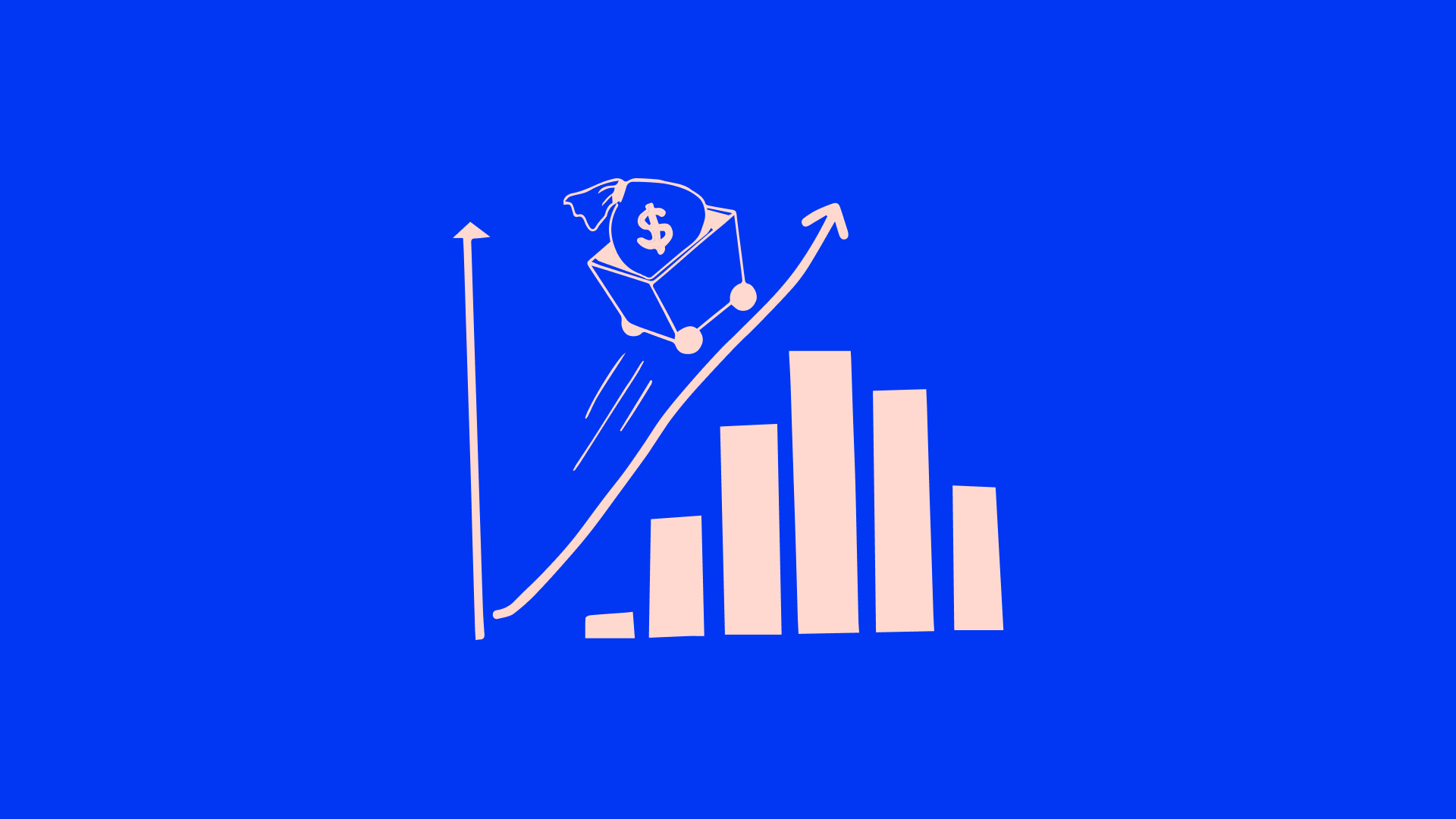 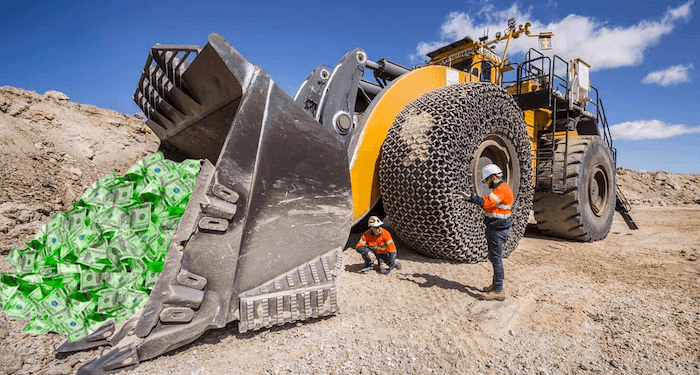 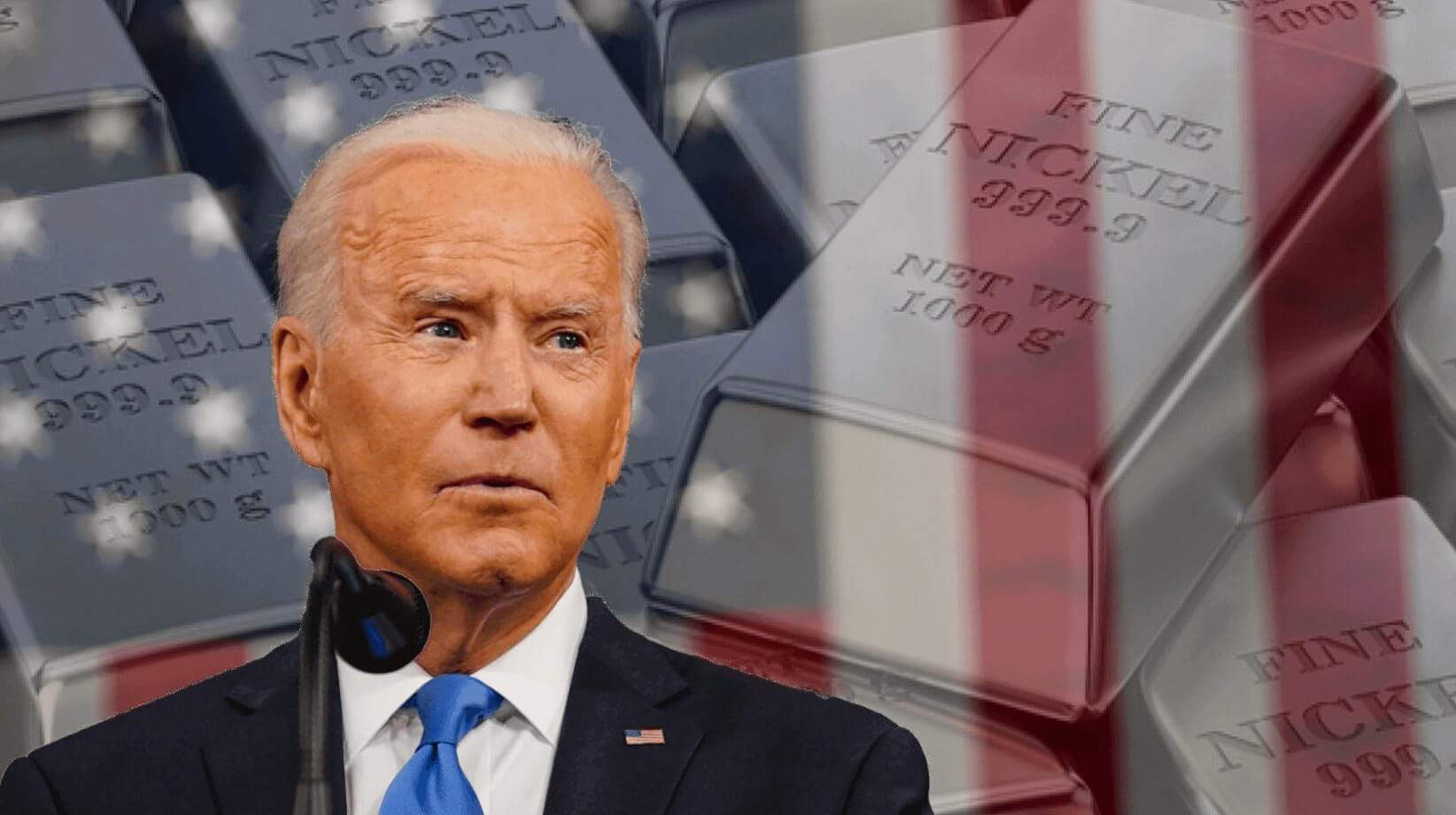 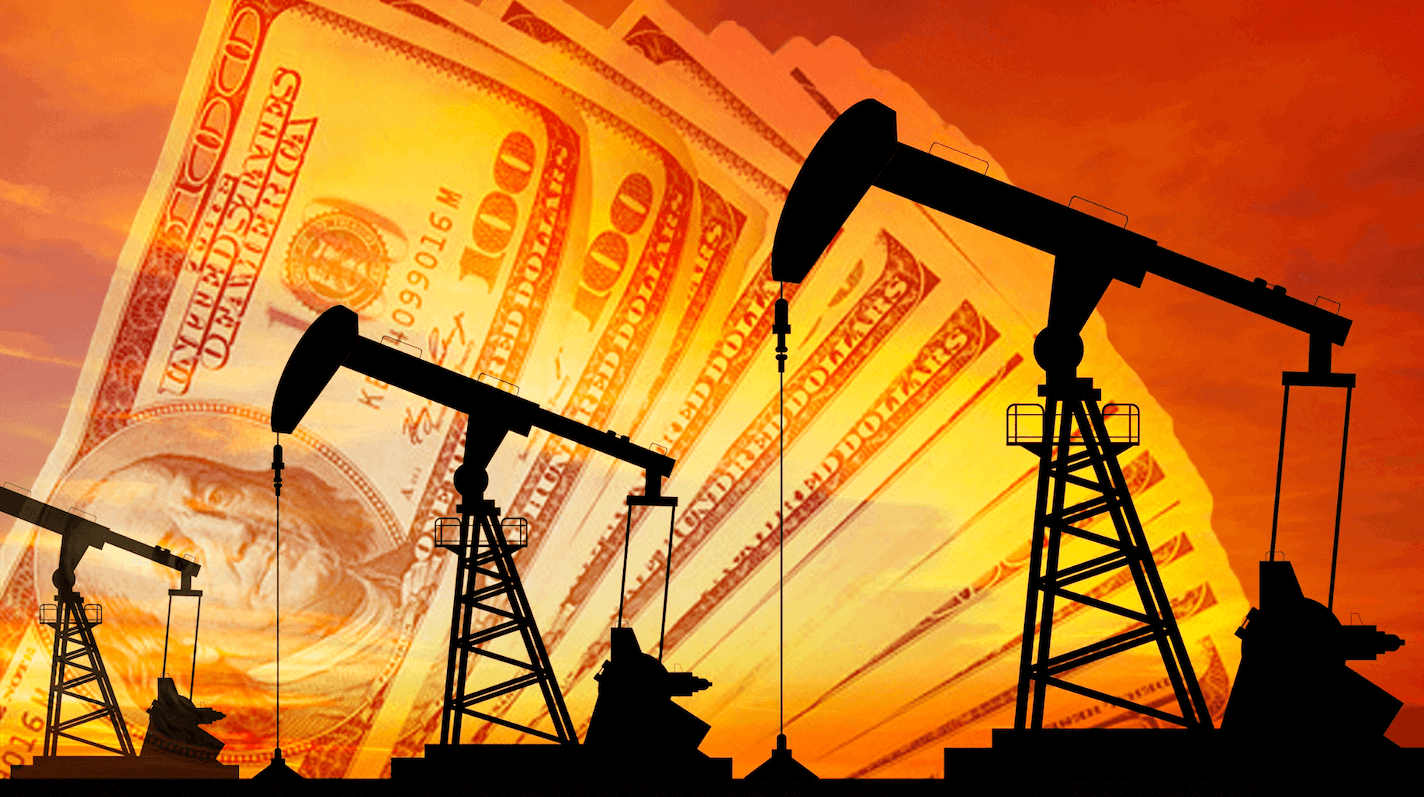