If You Aren't Already Invested in Tin Then You're Missing Out (P.S. It's Not Too Late) 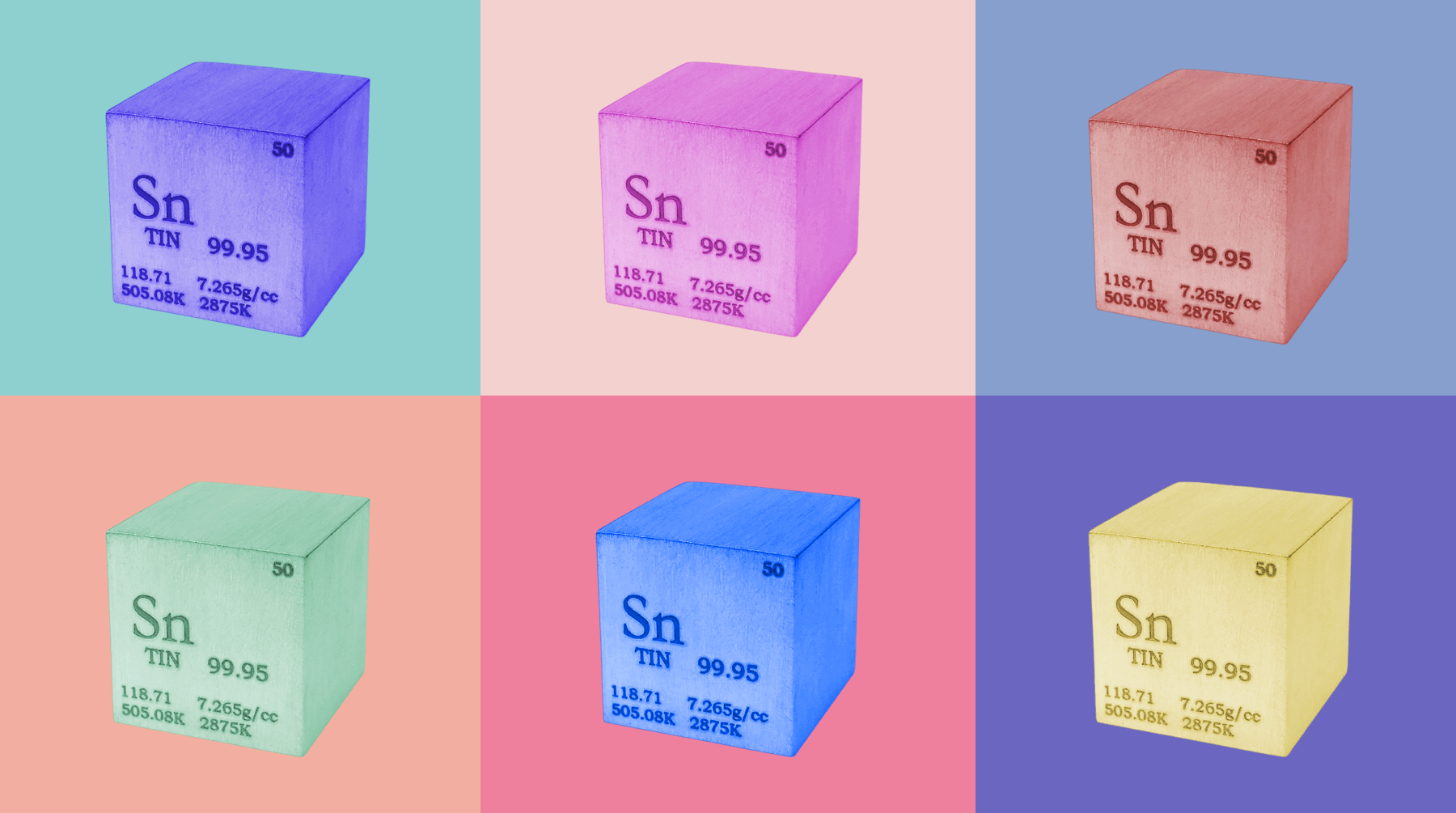 Fergus Cullen breaks down one of the smallest but most promising commodity markets, featuring the ideal combination of rising demand and some serious supply issues.

Despite its relatively low-key status, tin is poised to benefit from a range of technological developments, including the transition to 5G and even the electric vehicle revolution.

With just 300,000 tons of tin being produced per year, tin is one of the smallest metal commodities in terms of market size, “copper trades in 5 days what tin does in a year”. Fergus also points out that it’s even smaller than the uranium market once contract volumes are considered.

China and Indonesia account for roughly 25% of the tin market each, with Myanmar in third, producing 54,000 tons in 2019.  There is also significant production in South America with Peru, Bolivia, and Brazil collectively providing 17% of the global supply.

However, Fergus emphasises the fact that 40% of the world's tin comes from artisanal producers which are notoriously hard to track, meaning that data about the tin industry is typically incomplete.

Despite the comparatively small size of its market, tin is incredibly versatile and holds an important position in the technology industry. Historically, tin has been a key component of solder, which accounts for just under 50% of its present use, alongside its use as a stabiliser for PVC, and it's iconic use in plating metal cans.

The Future of Tin

For Fergus Cullen, tin has a strong future with a variety of applications that have the potential to transform the industry.

Despite being one of the least glamorous uses of tin, the demand for solder is expected to benefit  from the rollout of 5G networks, as communications infrastructure will need to be updated or replaced. Considering that 5G is expected to be available to 65% of the global population by 2025 the outlook for tin-based solder is strong.

The transition to electric vehicles is also set to play a major role in guaranteeing and increasing the demand for solder, with a growing number of countries, particularly in Europe, adopting policies to promote the uptake of electric vehicles.

The pace of development in the US also is expected to increase under the Biden Administration, you can read our breakdown here: The Future of Electric Vehicles: Biden's Green Revolution and Battery Metals.

Fergus Cullen also cites the potential for tin to play a key role in the development of new battery technologies. Tin has already been used as a battery casing and as an anode material, yet this usage may expand, with studies indicating that tin anodes in sodium-ion batteries may be able to compete with the more popular lithium-ion technologies.

Considering that sodium-ion batteries are significantly cheaper than their lithium-ion alternatives, equating to a two thirds decrease in costs, this technology may be inherently more scalable. However, Fergus does note that the impact of this development may fall outside of the timeframe for his investment in the industry.

Tin, like many commodities, was not immune to the impact of the COVID pandemic and its economic fallout, with prices tumbling to $15,000/tonne and major production cuts across the globe, China, for example, closed 7 of its smelteries.

The fall in prices caused both Yunnan Tin and PT Tinah (IDX:TINS) to dramatically reduce production, with PT Tinah reducing production by 40%. However, both companies are anticipated to return to production once the price exceeds the breakeven level, which Fergus Cullen places at around $25,000/tonne.

Small-scale artisanal tin producers are also expected to have reduced their production as it became uneconomic, however, Fergus Cullen expects that many of these producers will return quickly once prices rise.

The consequences of falling production have been significant, with just 1,754 tonnes of tin available on the London Metal Exchange (LME) compared to peak levels of 6,000 tonnes in 2020. Of the 1754 tonnes, 1290 are already pledged to buyers under warrants, leaving just 464 tonnes available.

This squeeze has been amplified by the Chinese province of Yunnan, the home of the world’s largest tin refiner, which is stockpiling 800,000 tonnes of non-ferrous metal in an attempt to boost its post-COVID recovery. Fergus Cullen cites estimates that tin will constitute 40,000 tonnes of this stockpile, dramatically increasing global demand at a time when production has been hampered.

However, for Fergus Cullen, Myanmar is the real area of interest when considering investing in the industry.

(Catch up on Fergus’ shale outlook here: Why Natural Gas is a Victim of Shale's Implosion: The Price of High Grading).

Myanmar plugged a gap in an industry with a history of underinvestment, supplying the world’s growing demand over the last decade. However, tin production in Myanmar has faltered, due to the combination of the COVID pandemic, flooding, high-grading, and the recent coup, which have resulted in production falling by 25%.

While the supply deficit caused by the COVID pandemic is likely to have a short term effect, the impact on Myanmar may represent a longer-term supply issue. Coupled with the already existing supply vulnerabilities in the tin industry it is likely that this supply deficit will continue.

The impact of the supply deficit is already being seen, with the Financial Times reporting a seven-year price high for tin, and due to the level of underinvestment in the industry, it is also unlikely that enough new projects can be brought online to satisfy demand in the near future.

With a market already struggling to meet demand and future demand pressures on the horizon, how does Fergus aim to take advantage of this squeeze? By investing in low-cost, high-quality producers that are well-positioned for the bull market.

For Cullen, Alphamin stands out as the best investment option.

The company owns the highest grade tin mine in the world, boasting 4.5% tin at their Bisie mine project, by comparison, AfriTin (LSE:ATM) has reported just 0.136% of tin at their Uis mine project in Namibia.

Alphamin is even expecting their mining tailings, the waste after extraction, to contain roughly 1% tin.

Such a high grade of tin means that costs can be kept as low as possible, with the Alphamin estimating just $10,000/ton of tin in All-In Sustaining Costs (AISC), which ranks it in the lowest quartile for costs in the industry. Considering that the price of tin is currently $24,000 per ton on the London Metal Exchange (LME), Alphamin may achieve a margin of 140%.

Despite only entering production in September 2019 the company is already producing 11,000 tons per annum (tpa), equating to 4% of the global supply. Alpahmin is also expecting to increase production by 20% to 13,000tpa over the course of 2021.

There is also scope for expansion to increase the life of the mine, with the company expecting to have their Mpana South project online this year.

However, it is important to note that Alphamin’s projects are based in the Democratic Republic of Congo, a country renowned for unpredictable mining regulations and super taxes, so Fergus advises that this risk should be taken into account when investing.

While Alphamin has taken the bulk of Ferg’s interest he highlights a few other potential companies that are pre-production which he may take small positions in:

With projects in Spain and Tasmania, Elementos aims to be in production by early 2022. Their Oropesa project in Spain has indicated a tin grade between 0.46-0.62%, with an expected output of 2,440tpa. Much like Alphamin, the company is aiming to be in the bottom quartile for costs.

Focusing on their Renison project on Tasmania, Metals X is expecting comparable production levels to Alphamin, projecting 10,000 tpa by 2025. While the expected AISC is substantially higher, at $19,000/ton, they aim to decrease this to $17,000/ton within five years. The company is also offering exposure to the copper, nickel, and cobalt markets with several other projects in development.

Based in Cornwall, a region with a long history of tin mining, Cornish Metals’ copper-tin project at United Downs has indicated a grade of 1.2% tin, alongside 8.45% copper. Their South Crofty project also has strong grading, with an indicated 1.8% tin, making it one of the highest-grade sites in the world. The company is also offering exposure to the lithium market through an agreement with Cornish Lithium Ltd.

Despite being a small and unloved industry, tin has a great deal of potential for investors, bearing all the hallmarks of a looming bull market. The combination of a supply deficit with rising demands point to a promising future with rising tin prices and expansion within the industry. For Fergus Cullen, Alphamin is poised to take full advantage of this scenario, as "the highest quality company in a depressed market".

Want to hear more from Ferg, or are you looking for consistent returns for more confident investing? That's where we come in. Crux Investor is an investing app for busy people. 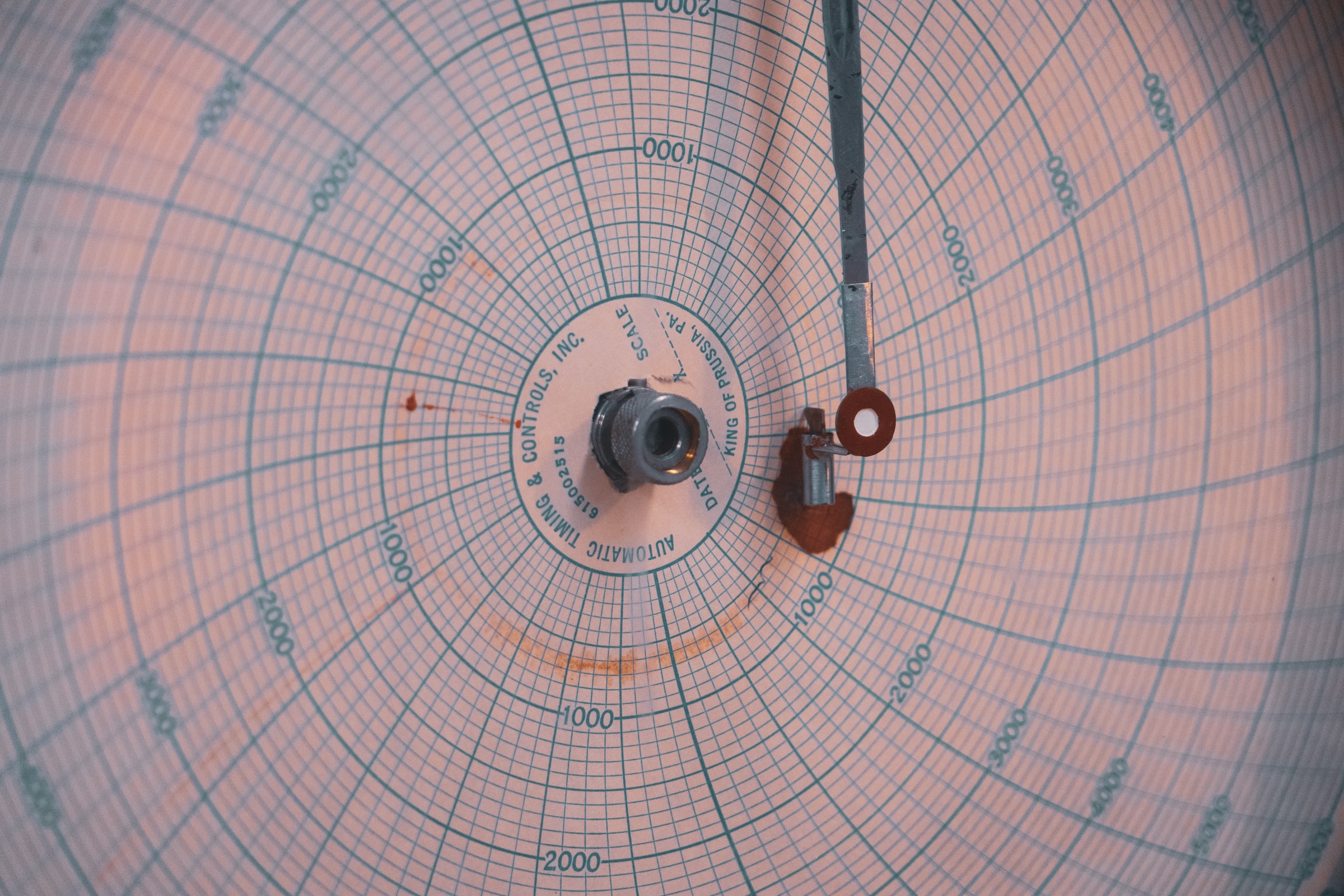