The Future of Copper: What Investors Need to Know 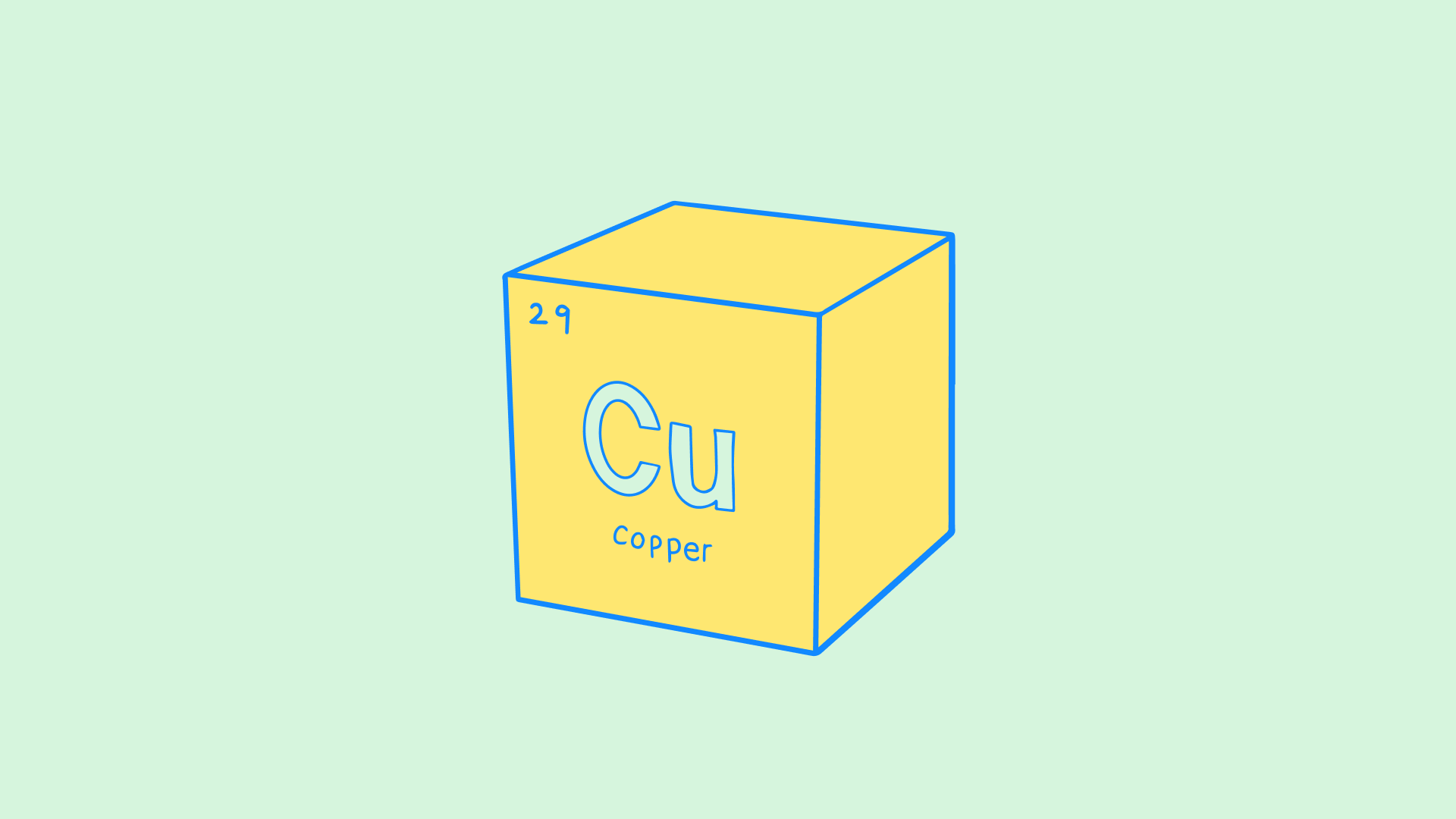 Goldman Sachs is predicting a huge supply deficit for copper. That is something that investors should be taking advantage of now.

" ... the copper market is sleepwalking into, ... a really sizable supply crunch akin to what we saw in the oil market back in the 2000s."

BHP and Rio Tinto are also predicting significant copper price growth in the next decade. Supply is currently constrained and, despite interim short-term fluctuations, predicted to remain so. Demand has a traditionally strong base, while future technology trends add significant growth potential.

Yet, investors appear reluctant, unconvinced of the predicted upside in copper.

To better understand industry fundamentals, we spoke to several industry experts. These include:

Byron King is a Harvard-trained geologist who writes about natural resources and energy. He is the energy and natural resource expert at Agora Financial, LLC, and Senior Geologist at Rickards' Gold Speculator.

King currently writes and edits two publications, Outstanding Investments and Energy & Scarcity Investor. He worked at the Gulf Oil Company and has been interested in energy and mineral investments for over thirty years.

With a low capital cost to production, the project operates in the bottom quartile of all-in-sustaining cash costs. The mine offers the potential of large scale sulphide extensions below the open pit.

Hayden Locke has a background in investment banking and private equity. In his early career, he worked with Barclays Natural Resource Investments and J.P. Morgan. A Director at mining and metals focused Emmerson Plc, Locke assumed the President and CEO roles at Maramaca in late 2020. His most recent career has been in developing and leading LSE and ASX-listed mining companies.

Chakana Copper Corp. is an exploration company that acquires and explores mineral properties. Chakana owns three contiguous mineral claims in the Iskut River District of British Columbia. In 2017 it also purchased the Soledad Copper Project in the Cordillera region of Peru. The Soledad boasts many high-grade quartz-tourmaline-sulfide breccia pipes of considerable depth, and Chakana is currently testing these for economic mineralisation, with indications of high-grade ore.

David Kelley is an economic geologist and exploration geochemist. Kelley has worked with BHP, Newmont, and Oz Minerals and has over 25 years of exploration experience. He is past President of the Society of Economic Geologists Foundation and the Association of Applied Geochemists.

Douglas Silver is an inductee into the U.S. National Hall of Fame. With over 40-years in the mining sector, he founded Royalty Corp, Denver Gold Group, and Balfour Holdings, Inc. An economic geologist, Silver is Chairman at the UA Lowell Institute For Mineral Resources.

Before discussing mining activities, it's worth emphasising that copper is a plentiful resource. Of the copper in the ground, estimates suggest we have mined only 12% throughout human existence, with much of it still in circulation. As we shall see, however, getting at it economically can be the issue.

Discussing copper supply requires the separation of short-term fluctuations versus long-term structural constraints. While the pandemic has disrupted the copper supply chain, the effects are declining. Wood Mackenzie, in their Copper Outlook for Q3 2021, describe these effects as modest. Such disruption has waned from a high of -4% of initial product expectations in 2020 to -1.9% for the 2021 year to date.

Such effects contributed to 2021 copper prices peaking 65% higher than the same period in 2020. While prices remain high, they have begun to retrace. Hayden Locke is unconcerned at the fluctuations, saying,

"I think it is part of the short-term machinations again coming from the supply chain disruptions and mine supply disruptions."

There are known structural supply impacts such as decreased quantities of discovered mineral reserves while existing stocks reduce in quality. Yet, new constraints are occurring that further destabilise the supply balance. These include delayed mine permitting, revised LME trading rules, and increased environmental sustainability and governance (ESG). These impacts have combined to make marginal ore grades uneconomic, further restraining supply.

As large high-grade copper deposits become more elusive, our panel feels the industry must alter its geological and business thinking. Hayden Locke calls for greater innovation on the part of the big miners. He states,

"... if you look at other manufacturing businesses like the car industry. The amount of investment in technology to make their business more efficient is just incredible, and mining has really lagged."

"So I think absolutely the mining industry needs to invest in (technology) ... when ... rolling out new technology and innovative ideas you want ... a big balance sheet, the leadership has to come from the big companies."

Hayden Locke agrees the industry needs to change but sounds a warning for the impacts.

"Well, I think the mining industry has had to change for the better because ... we have a track record of creating some environmental issues, ... it's quite rightly become an extreme focal point for the mining industry... the global community will (not) accept that approach from mining companies."

"...what (the global community has) got to realise is ... to operate under this strict ESG regime ... will cause price inflation and it will cause inflation in costs for us as an industry going forward."

Such expectation combined with more elusive ore bodies causes an inevitable shift underground and is a game-changer for industry participants. Doug Silver concurs,

"I think giant open pits are going to be phased out. Thirty years ago, Rio Tinto said, ``The future of mining is bulk underground,” and I think they're right."

For some years now, China has been seeking to lock in the security of commodity supply for domestic use. To achieve this, they've been buying high-grade copper and large copper mines..

Doug Silver sees this as a real concern for future pricing.

"... China's trying to buy all the (low-cost porphyry copper deposits) they can while the U.S. and Europe do nothing. ... it's an open field for the Chinese because the U.S. and Europe won't compete. ... they're going to control the copper market eventually... move it to China, at low cost with a greater profit margin when they sell us stuff off their ports."

"grade is king ... there's going to be a greater focus on the quality of the copper. ... you know a lot of the world's copper comes from giant open pits that are 0.28-0.35% copper, that's really, really low-grade."

"we have Goldfields, the 7th largest gold producer in the world that's a 20% shareholder of Chakana they put in $8M and then they put in $3M... The big companies have to be paying attention to what's happening with the juniors."

Despite the bullish long-term view of copper, there does appear to be a lack of focus on future demand. Analysts predict a supply crunch with lead-times of five years to develop a copper mine while no new major copper projects have been approved in the last two years.

To quote Nick Snowdon, a commodities strategist at Goldman Sachs, he believes,

" ... the copper market is sleepwalking into, ... a really sizable supply crunch akin to what we saw in the oil market back in the 2000s."

More swings are predicted in the medium term, with current projects under development coming on-stream between 2022 and 2024. Scrap copper availability is also predicted to rise as a response to supply and demand factors. Wood Mackenzie noted a copper surplus and rising inventories until 2025 as a result. BHP also suggests the mid-to-late 2020s as the point that a solid and rising demand catches up.

One can't discuss copper demand without first mentioning China and its impact on world markets. China uses approximately 54% of the global copper supply, 20% of that used in housing.

Evergrande Group, China's heavily indebted property developer, is on the brink of collapse. As a response to Evergrande's potential US$37 billion default, increased developers' regulation and tightened mortgage practices have slowed China's property market and the commensurate demand for copper.

For some years now, China has been stockpiling commodities and investing in global assets to secure supply. As copper prices increased, two impacts occurred. Infrastructure investment slowed while drawdowns on domestic inventories increased. These factors, when combined, reduced Chinese demand for copper when measured against the rest of the world.

Yet, predictions for 2021 and beyond are promising, with demand beginning to recover. China's power generation investments are increasing, particularly in copper-intensive offshore wind generation. With Chinese stockpiles low, we can expect to see significant restocking in the medium term. While the property market stabilises, ongoing urbanisation continues in China. With low stocks of unsold houses, real estate investment is predicted to grow, albeit more cautiously.

With these drivers, expect demand from China to increase. As Doug Silver put it,

"..the Chinese need copper more than we do .. the human population continues to grow, so the demand for copper is always going to be going up."

Copper and the Paris Climate Accords

When the Paris agreement on climate became legally binding on 4 November 2016, copper was the last thing on people's minds. Yes, we understood that the response would include renewables and electric vehicles. Yet, with talk now of zero-emissions only recently has the investment world woken to the volumes of copper required.

In May 2021, Goldman Sachs published a report calling copper the new oil. In it, they suggest that copper prices could double to US$20,000 per ton in the next decade. They base this assessment on the 2021 green demand of approximately 1 million tons, which amounts to around 4% of global demand. Yet, modelling demand through the decade suggests 2.5 million tons in five years and 6 million tons at the close of the decade. Those numbers amount to 9% and 20% of global demand, respectively.

The copper intensiveness of green initiatives drives this surge in need. Today, a petrol-powered car uses around 23 kilograms of copper compared to 75 kilograms in an electric vehicle. Our conventional power grid uses approximately 1 ton of copper per megawatt of power, while renewables use 4 to 6 tons. An average wind farm will use close to 7 million kilograms of copper.

"... when you look at the amount of copper that's going to be needed ... all the energy transmission technologies and all the storage technology, ... copper (is) in every single one of those."

When discussing power transmission, the other viable metal is aluminium, yet it comes with inefficiencies. Aluminium is cheaper than copper and three times less dense. While this conveys benefits when stringing lines between pylons, the aluminium conductor must be almost twice the cross-sectional area to carry the same current.

Copper fits into smaller spaces and is considerably less brittle than aluminium, meaning it can bend around tight corners. It is also easily joined.

To date, there are no efficient substitutes to rival copper for the demands of green power, which is not to say aluminium won't benefit from increased demand. We can, however, be sure that as copper prices rise, efforts to introduce viable substitutes will intensify.

The world crawled back from its reduced state in 2020, and copper commentators suggest single-digit growth through 2021, led largely by Europe and the US. As other world regions catch up in 2022, copper demand will continue to increase. The industry will meet this demand through new projects coming on-stream and an increased scrap supply, with prices expected to fluctuate through 2024.

While traditional demand growth will continue, from 2025, the demand from copper-intensive renewables is predicted to surge and continue to the decade's end.

Given the constraints on supply from declining grades, technologically challenging development options, and a lack of major high-quality developments in the pipeline, the predictions of a structural deficit for copper carry weight. In the medium term, the smart money is on a sustained upside for copper pricing.

"... the Chinese need copper, the U.S. needs copper, electric vehicles take seven times more copper than fossil fuel, and as we shift away (from fossil fuels) that's going to put more pressure on the need for ... copper, then you have the charging stations that Biden announced, (he) wants to build 500,000 charging stations that take copper. Copper's got an amazing future ." 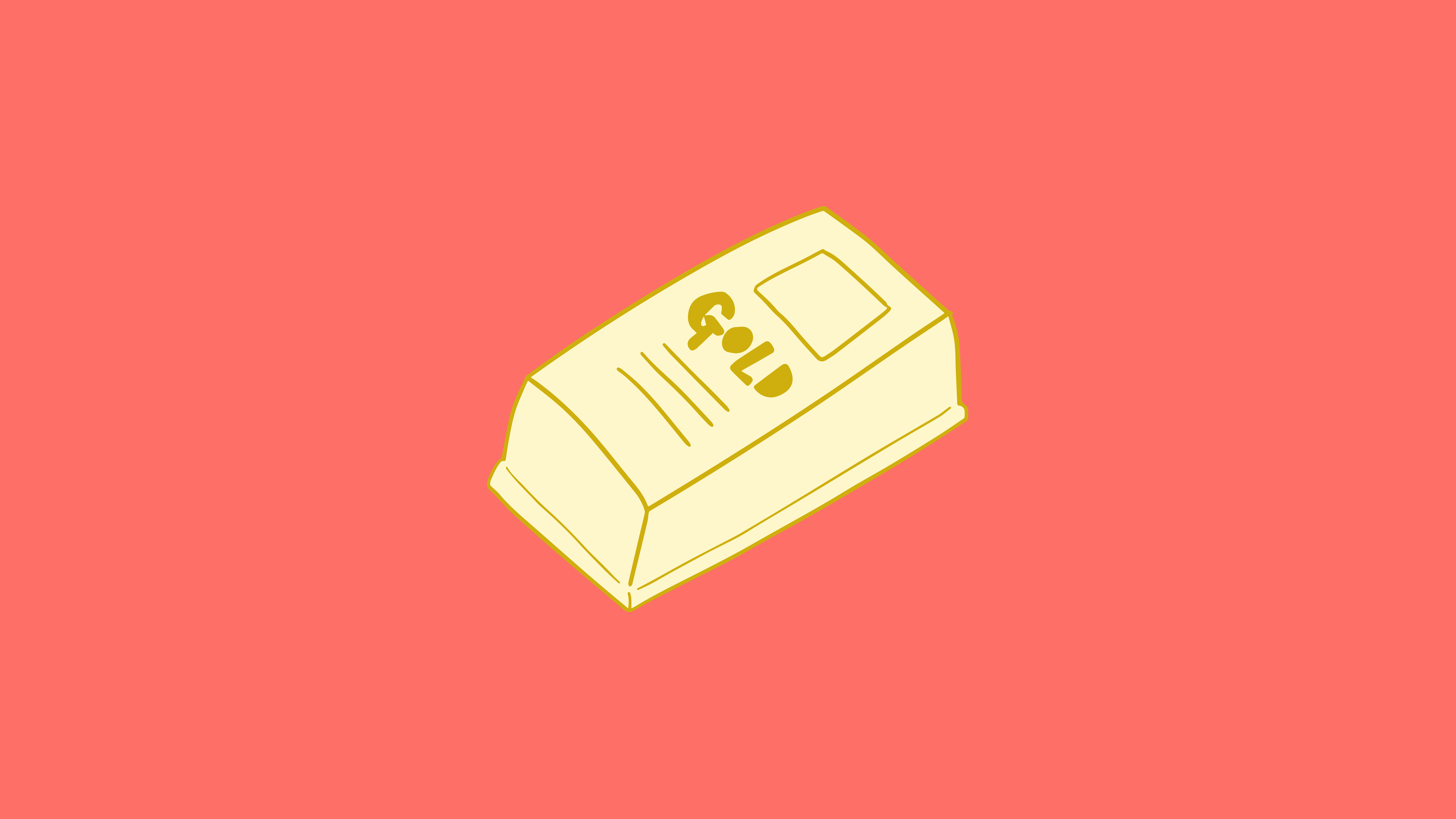 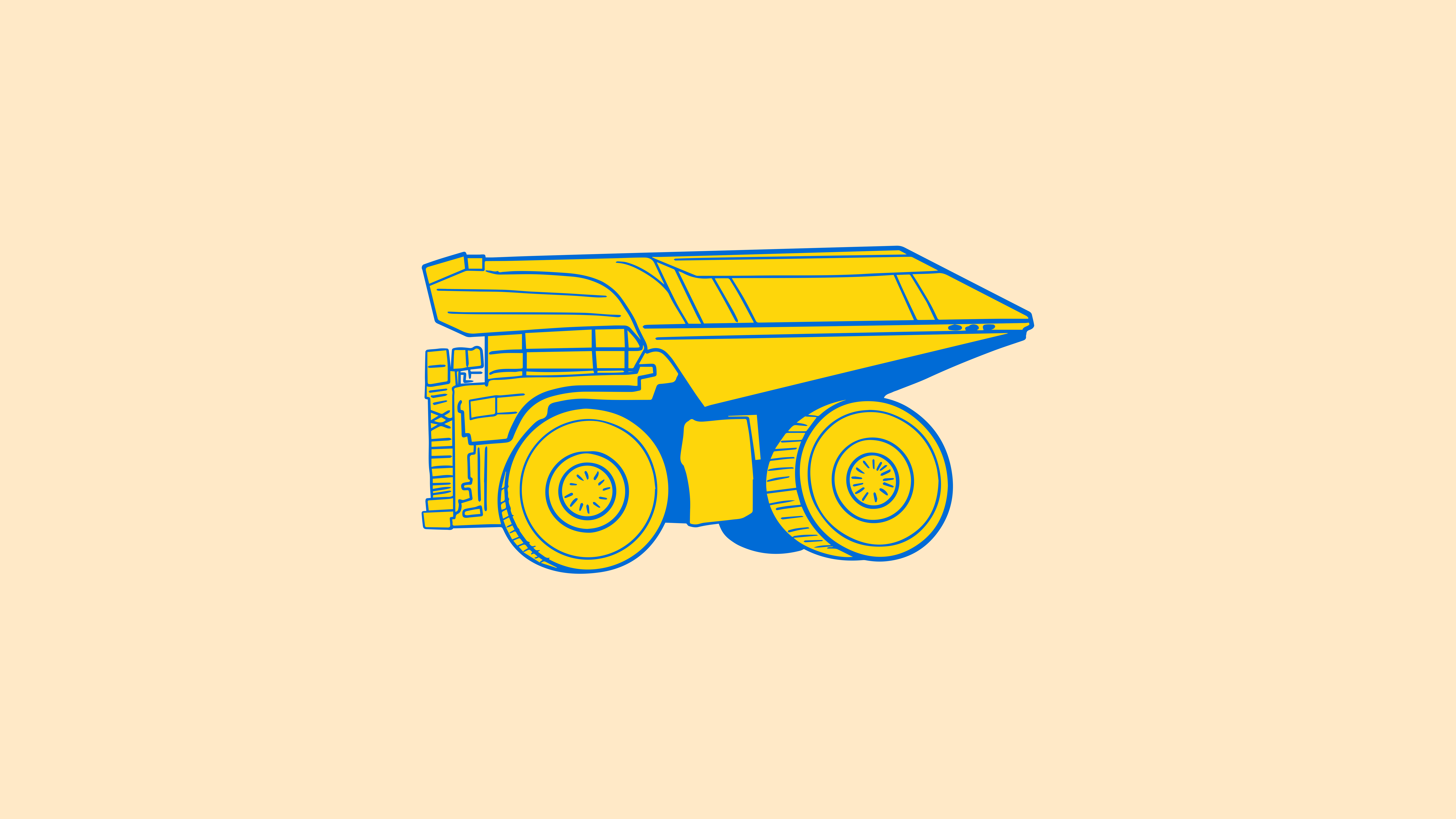 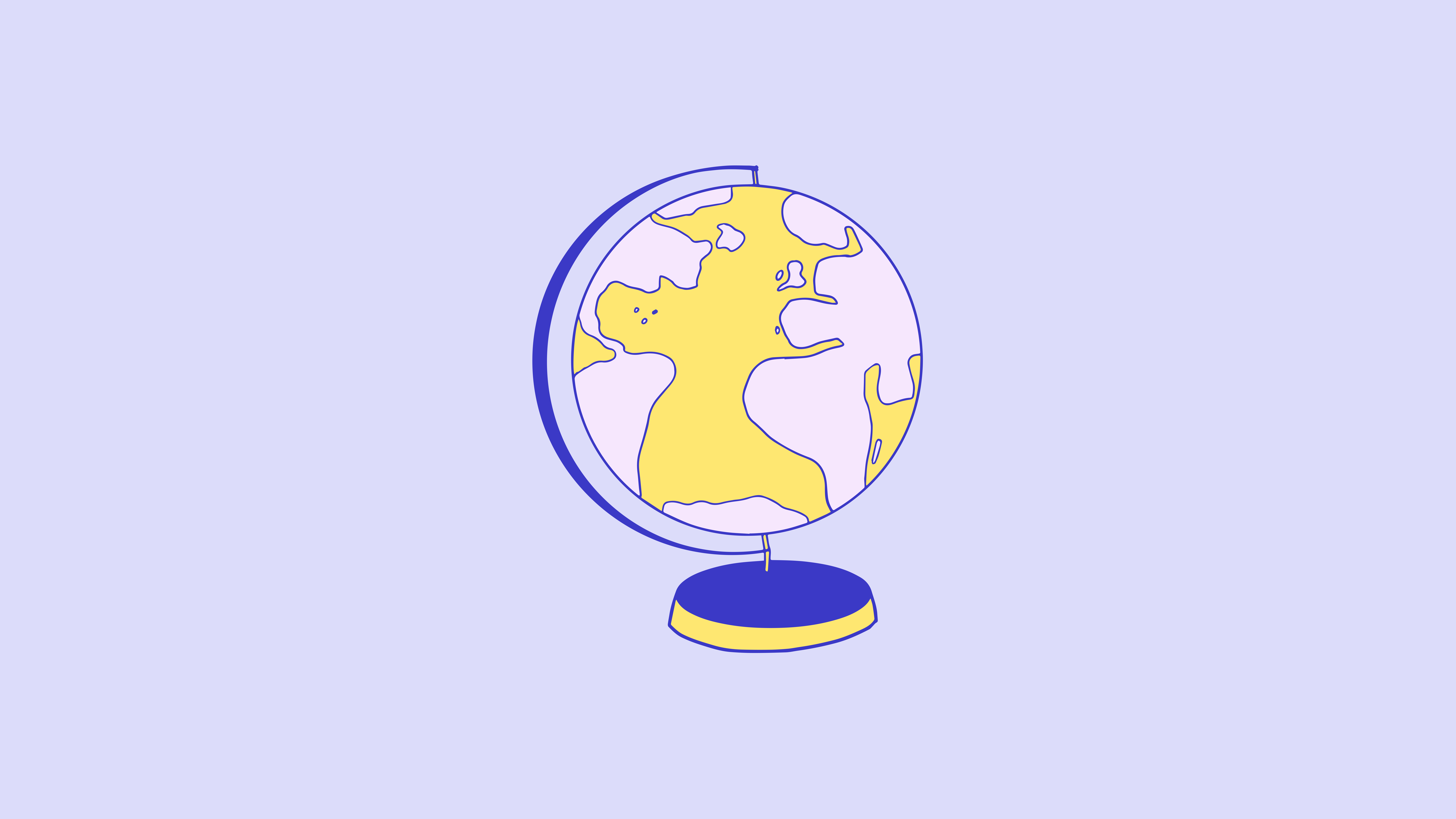 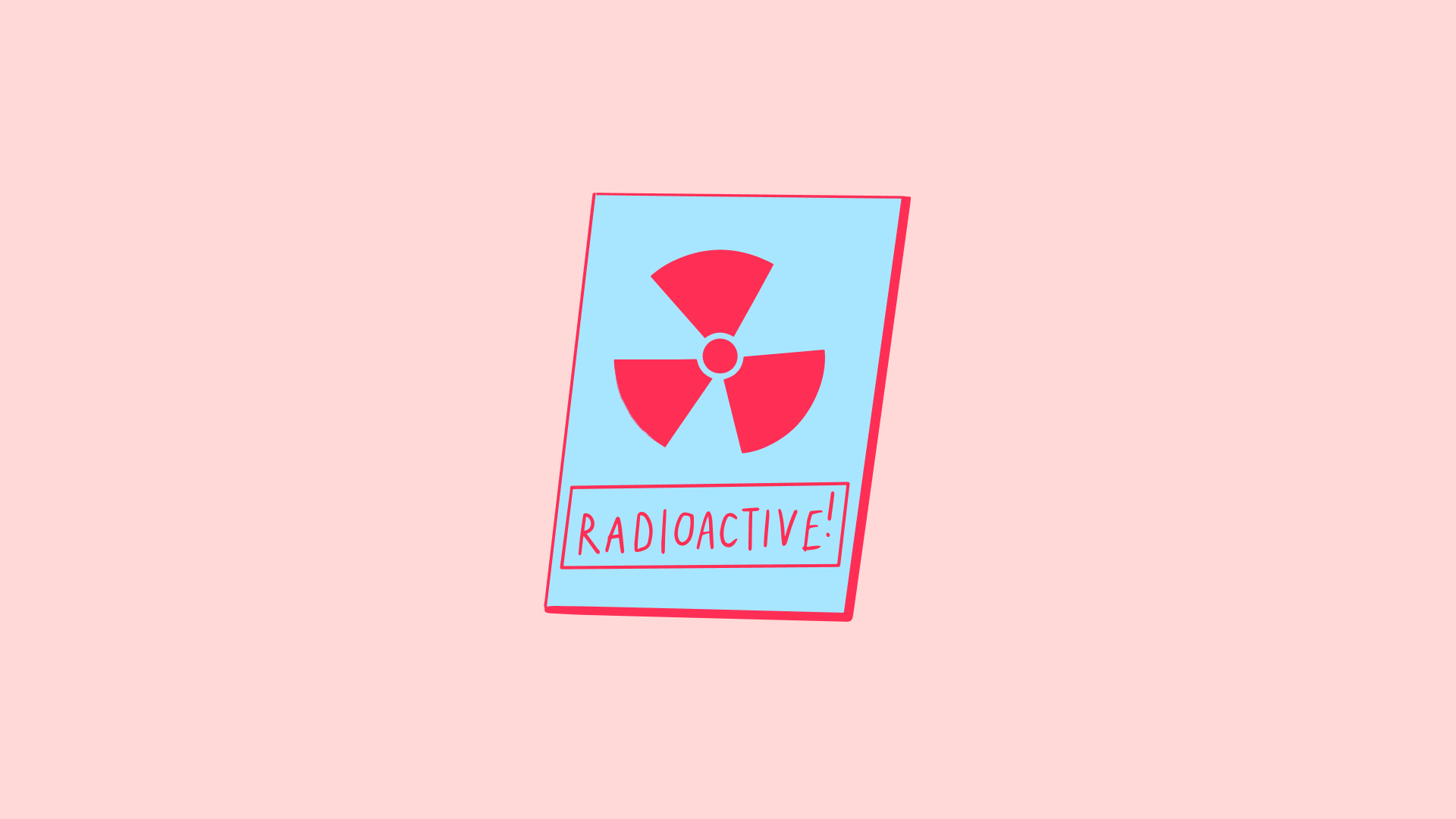 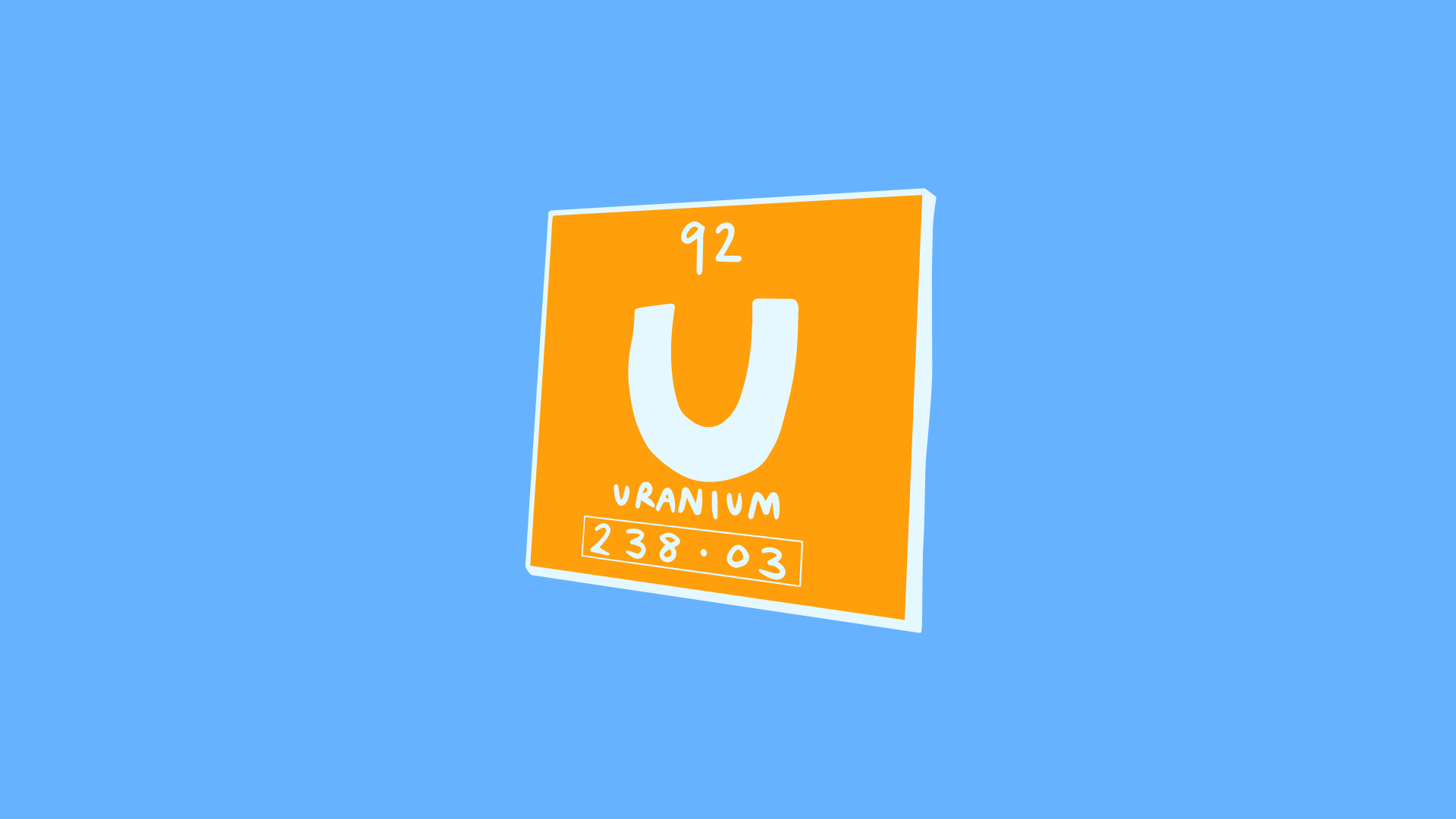